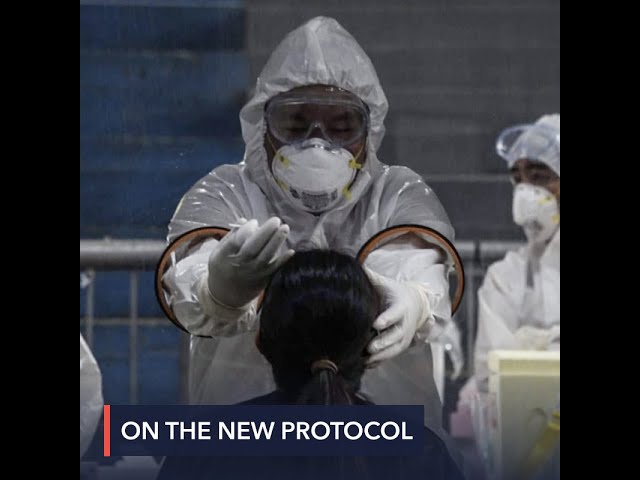 Facebook Twitter Copy URL
Copied
The Department of Health needs to improve its data gathering and processing, they say

Senators on Friday, July 31, expressed apprehensions over the Department of Health’s (DOH) new protocol in “retagging” mild and asymptomatic COVID-19 cases as “recoveries” after a certain number of days even without swab-testing.

They also called for a faster, more transparent, and more accurate data-gathering process for COVID-19 cases to give the public what Senator Ralph Recto described as a “high-resolution picture” of the situation.

The addition of more than 38,000 new recoveries in a single day on Thursday, July 30, raised doubts about the DOH’s reporting of COVID-19 case figures, as well as its new method of identifying recoveries among mild and asymptomatic patients.

“May himala ba? May magic? Ang mga doktor, dapat nagpapagaling ng pasyente, hindi nagdodoktor ng numero at impormasyon (Was there a miracle? Magic? Doctors should be curing patients, not doctoring numbers and information),” Senator Francis Pangilinan said in a statement.

(The varying system of COVID-19 reporting is confusing and suspicious. Because of the lagging collation and reporting of data, now including recovered cases, the public is left confused.)

“I was quite surprised, 38,000 recoveries in one day and our active cases, from 50,000, dropped to 22,000…but I also consulted our Senate doctor, I also consulted some public government health experts and to be fair to the DOH, the global protocol now is, even after ten days, if you do not exhibit symptoms anymore, you can be released and categorized as recovered,” Senator Sherwin Gatchalian said in an interview with the ABS-CBN News Channel.

No more testing for recovery?

Following recommendations from the World Health Organization (WHO), the DOH on Thursday said it “retagged” or reclassified a number of COVID-19 patients who were asymptomatic or with mild symptoms as having recovered – if they had completed 14 days’ quarantine and had not shown symptoms for at least 3 days. This resulted in 38,089 new recoveries added to the tally in a single day. (READ: ‘We are being fooled’: Villanueva questions DOH COVID-19 numbers)

The DOH used to require two consecutive negative results from a RT-PCR or swab test before declaring any COVID-19 patient recovered. The new protocol no longer requires this of mild and asymptomatic patients.

The WHO and the US Centers for Disease Control and Prevention (CDC) said that mild and asymptomatic patients who have completed at least 10 days of isolation and, in mild cases, have not had symptoms for at least 3 days, are “unlikely” to be infectious or contagious. The WHO and US CDC recommend discharging such patients from isolation.

“But there’s actually a lot of debate right now even on the local level because sometimes, the families are not comfortable to go home and say ‘Look, I no longer have COVID-19 because I’ve gone past the 10 days,’” Gatchalian said.

“The best way still is to test and make sure they are negative, to make sure that they can bring home the certification to show that their families are negative. From the policy standpoint it’s better to test at the end so that we will completely know that the recoveries are indeed negative from COVID-19,” Gatchalian added.

Pangilinan asked, “How certain are we that these mild and asymptomatic cases are already virus-free after 14 days?”

If the sick are declared recovered, then they are more likely to transmit the virus to other people and get them infected. The DOH instead should “bolster its testing, tracing, and treatment activities,” Pangilinan added.

In a separate statement, Senator Ralph Recto said: “How many times have we been told that people died because one patient lied? The same honesty is demanded of government because one that can’t handle the truth can cause mass casualties.”

Data for ‘high-resolution picture’ of crisis

The 4 senators noted that the effectivity of the government’s pandemic response depends on the accuracy of the data it uses and reports to the public.

“Unless we are hiding something, we owe it to the Filipinos to be transparent and to allow the COVID-19 data to speak for itself, and from there plan our course of action in fighting the pandemic,” Pangilinan said.

Gatchalian urged the DOH and the government policy task force on COVID-19 to automate their data-gathering to make it “much more accurate and much faster.”

“There’s a lot of things that need to be improved in terms of data gathering and data processing,” Gatchalian added.

“I will not rush to conclude that these are doctored data. What I would ask of them is a better explanation of the methodology used. And a breakdown, per town, so it will give us a high-resolution picture,” Recto said. He called for a third-party review of the DOH’s method of COVID-19 case reporting.

“Clear communication is what will earn the people’s trust. The DOH needs to fix their communication with the public. The public needs to be informed about what is happening every step of the way,” Hontiveros said.

She urged the DOH to explain the “mass recovery” it reported.