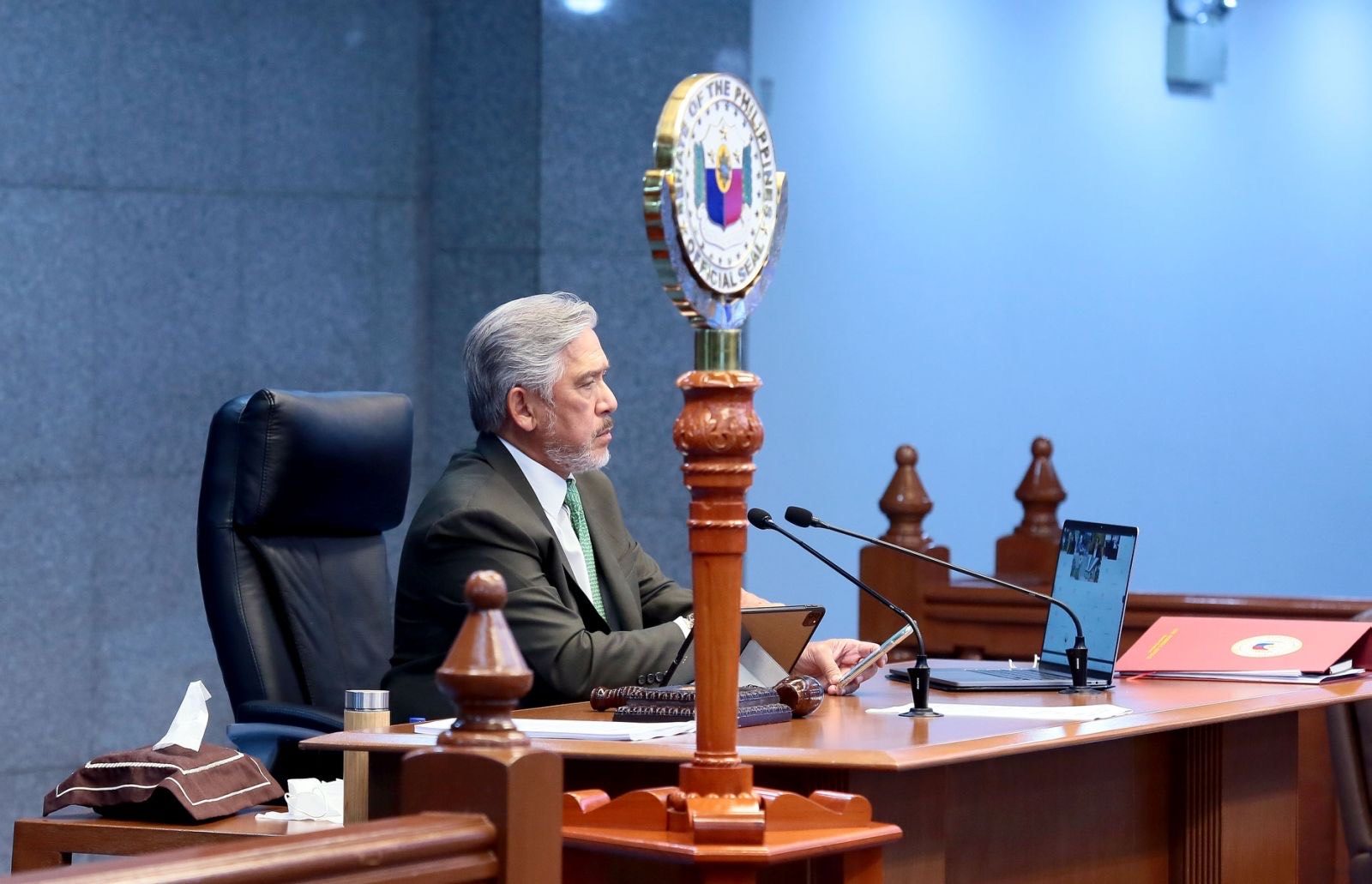 Facebook Twitter Copy URL
Copied
'No one can ever blame the Senate for this delay. Never!' Sotto tweets

No, the House of Representatives did not delay the 2021 national budget process by just a day, but by a whole month, Senate President Vicente Sotto III said on Thursday, October 8.

This, after House Speaker Alan Peter Cayetano said the previous night that his move to suspend session prematurely only makes a difference of one day on the Senate’s timeline. It would then be the Senate’s fault if the 2021 budget bill is delayed and the 2020 budget reenacted for next year, Cayetano added.

“Do not be misled. The HOR (House of Representatives) has delayed the budget for a whole month. No one can ever blame the Senate for this delay. Never!” Sotto tweeted on Thursday morning.

On Tuesday, October 6, Cayetano moved to approve the 2021 General Appropriations Bill (GAB) on 2nd reading and then suspend session at the House until November 16, the end of what was supposed to be only a month’s break from plenary debates.

This effectively postponed the House’s passage of the GAB on 3rd reading from October 14 to November 16 at the earliest. Senators pointed out that this would result in a month’s delay in their timeline of work on the GAB, because they were supposed to receive the House’s final version of the measure on October 14, not November 16.

Sotto on Wednesday said this leaves the Senate with a “very, very tight” schedule for drafting its own version of the GAB, which should take the House’s version into account.

Senator Panfilo Lacson said it would now be impossible for the Senate to finish work on the 2021 national budget in time for the President to study and sign it before the end of the year.

The House’s move to defer its final reading of the GAB to November 16 was “not a good judgment call,” Lacson added. He said it was inevitable to see it as the result of House members’ “squabble” over the speakership.

“One day lang po ang diperensya, and I hope that maging malinaw ‘to because, kung magkakaroon po ng delay or reenactment, it will be because of the Senate, not because of the House, because we’re only talking about one day,” Cayetano said in a Facebook livestream, responding to Lacson’s statements.

(The difference is only one day, and I hope this is cleared up because, if there will be a delay or reenactment, it will be because of the Senate, not because of the House, because we’re only talking about one day.)

Cayetano said the House received the 2021 proposed budget from the Executive a month late, and it has had to do its own catching up.

With the House scheduled to pass the GAB on 3rd reading on November 16, the Senate should be able to begin work on it the next day, November 17, Cayetano said.

Senators Sotto, Lacson, Sonny Angara, and Joel Villanueva earlier pointed out that the budget bill cannot go straight to plenary upon receipt from the House, because senators need to go through the several volumes of documents that comprise the GAB before putting it up for debate on the Senate floor.

The senators had hoped to study the House version of the GAB during the month-long session break before November 16. – Rappler.com