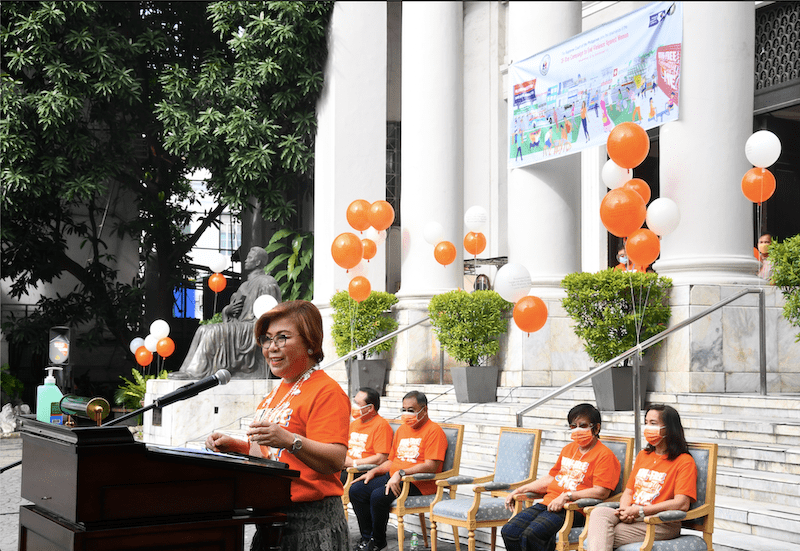 Facebook Twitter Copy URL
Copied
'You can all rest assured that gender equality and equity will be front and center during my term,' says Chief Justice Alexander Gesmundo

The Supreme Court will release this November its own organic guidelines on the rule of gender-fair language and courtroom etiquette for the judiciary.

The Court issued in September a reiteration of a 2006 circular that adopts the guidelines of the Civil Service Commission (CSC) guidelines on gender-fair language. By November, the judiciary will have its own.

“You can all rest assured that gender equality and equity will be front and center during my term,” Chief Justice Alexander Gesmundo said in a statement on Friday, November 5.

The 2006 circular which adopted the CSC rule have some guidelines like using the plural noun “their” instead of being gender specific, for example saying, “The lawyer uses their brief to guide them.”

The Philippine Commission on Women hailed the Supreme Court’s move and added suggestions like instead of “policeman,” that the judiciary use “police officer instead.”

“Since government employees and officials encounter gender issues every day, the use of non-sexist language in preparing letters, memoranda, and other issuances, will encourage them to make a conscious effort to avoid implicit and explicit discriminatory language against women or men,” the Court said in its September circular.

The Supreme Court also launched on Friday its annual 18-day campaign to end violence against women.

“The Court is in the process of updating the rules on the Committee on Decorum and Investigation of Sexual Harassment; and drafting a policy on Sexual Orientation, Gender Identity and Expression and Sex Characteristics for the Judiciary that is well-suited, tactful, and receptive, and responsive to society’s changing attitudes of gender,” said Associate Justice Amy Lazaro-Javier, chairperson of the Supreme Court’s Committee on Gender Responsiveness in the Judiciary (CGRJ). – Rappler.com