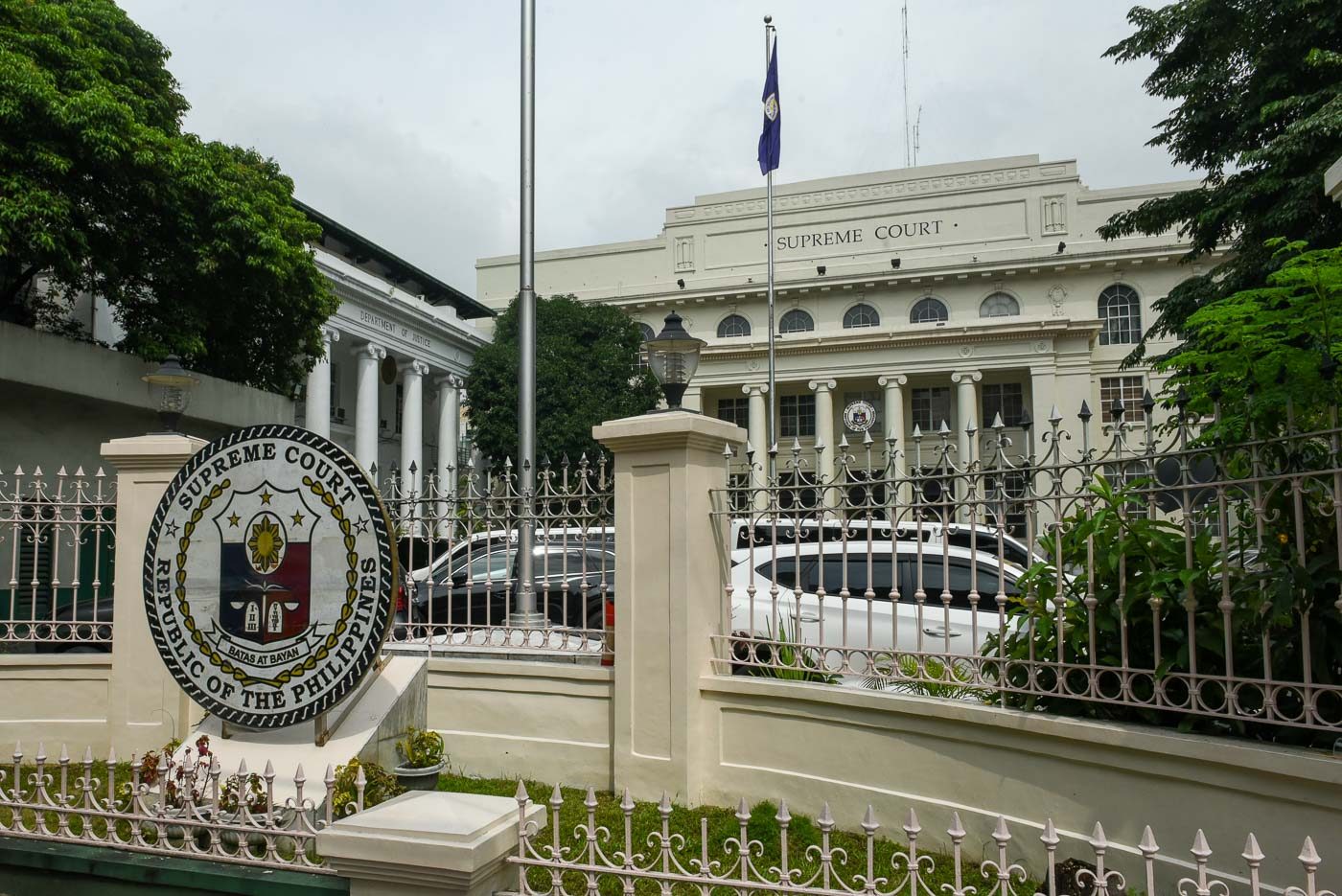 Facebook Twitter Copy URL
Copied
Lorraine Badoy, the former spokesperson of the government's anti-communist task force, has red-tagged a judge. The SC asks her to explain why she shouldn't be held in contempt.

MANILA, Philippines – In a rare move, the Supreme Court issued a show cause order against Lorraine Badoy, the former spokesperson of the government’s anti-insurgency, asking her to explain having threatened Judge Marlo Magdoza-Malagar.

In a press briefer released on Tuesday, October 4, the High Court ordered Badoy to show cause within 30 days.

“ORDER Lorraine Marie T. Badoy to SHOW CAUSE, within a non-extendible period of 30 calendar days from the time that this Resolution is served on her, why she should not be CITED IN CONTEMPT OF THE JUDICIARY AND THEREFORE OFTHIS COURT,” the SC said.

The Supreme Court also cited four issues that Badoy must respond to under oath:

The SC’s decision was made during its deliberation on Tuesday. They also decided to note the statements made HUKOM, Inc., the Philippine Judges Association, and the University of the Philippines College of Law faculty on Badoy’s remarks against Malagar.

The Office of the Court Administrator’s report on steps it had taken to protect the judge was also acknowledged by the High Court.

Earlier on Tuesday, a group of lawyers filed with the High Court a petition for indirect contempt against Badoy. The group was led by former Philippine Bar Association president Rico Domingo, and included some law school deans in the country. Under Philippine laws, indirect contempt is a type of contempt committed out of the court’s presence. It could be disobedience, resistance to a lawful order, or any act meant “directly or indirectly, to impede, obstruct, or degrade the administration of justice.”

If Badoy would be found guilty of committing indirect contempt against the court, she may be punished by a fine not exceeding P30,000 and imprisonment not more than six months, or both, according to the Rules of Court.

The Supreme Court’s move came days after it issued a warning to those who incite violence against judges, following Badoy’s red-tagging of Malagar. The judge dismissed the years-long case of the Philippine government, which sought to declare Communist Party of the Philippines–New People’s Army as terrorists.

The SC even warned that threats could be considered as contempt of court. Chief Justice Alexander Gesmundo also earlier said the High Court would protect judges from any harassment.

Before this, judges and schools had pushed back against Badoy’s threats. Various law groups, including the Integrated Bar of the Philippines, had also condemned the attacks against Malagar. – Rappler.com