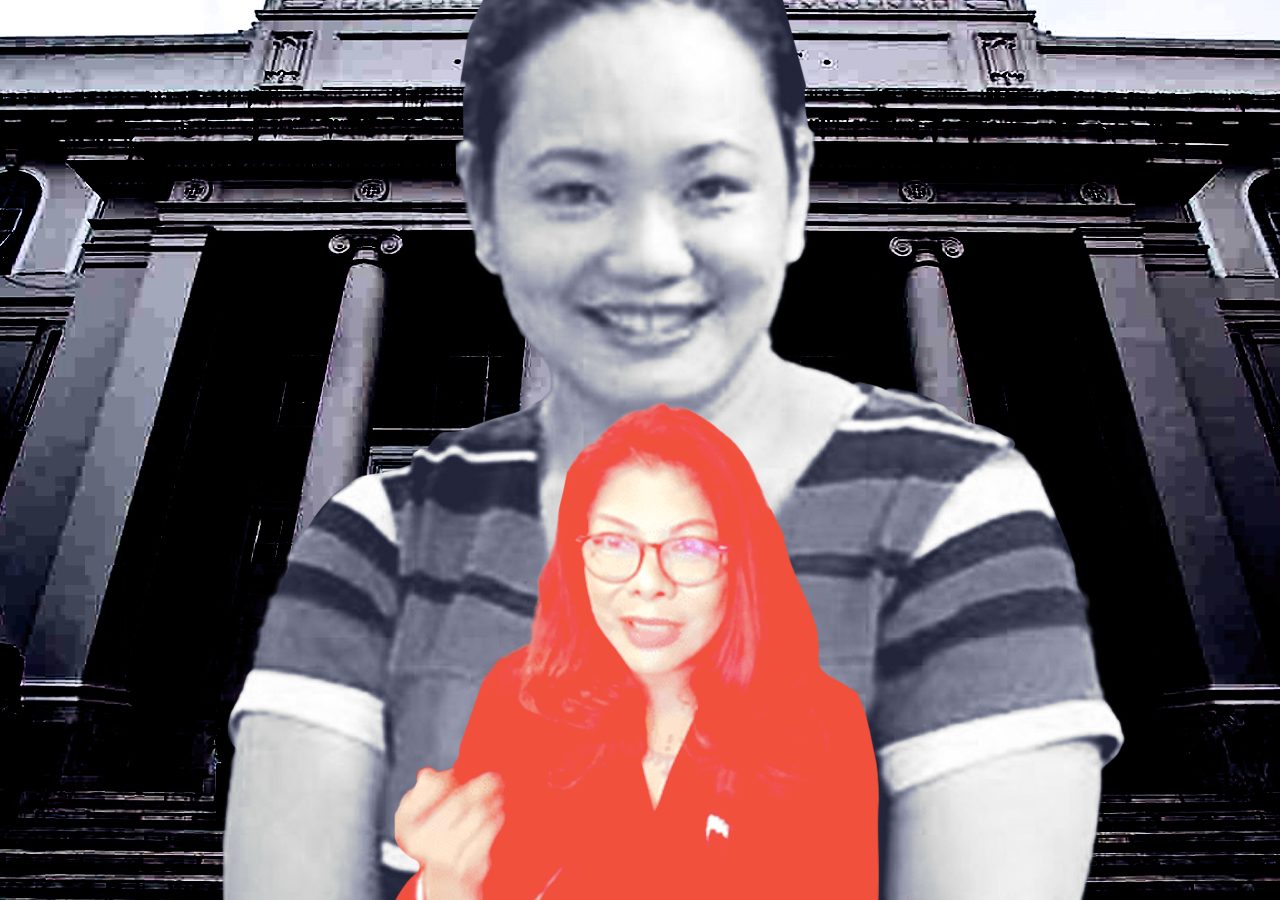 In a statement on Tuesday, September 27, University of the Philippines Diliman Chancellor Fidel Nemenzo called Badoy’s remarks not only ridiculous, but also dangerous.

“Her comments degenerated into absurdity when she linked Judge Malagar’s decision to the latter’s spouse, UP Cebu Chancellor Leo Malagar. Her outright red-tagging is not only patently ridiculous; it is also dangerous because it has made them targets of hate and violence,” Nemenzo said.

The UP Diliman chancellor also said: “Lorraine Badoy’s statement on Judge Marlo Malagar’s courageous decision to dismiss the petition tagging the CPP-NPA [Communist Party of the Philippines-New People’s Army] as a terrorist organization is unconscionable and irresponsible.”

On September 22, Malagar, presiding judge of Manila Regional Trial Court Branch 19, junked the Department of Justice’s proscription case, which sought to declare the CPP-NPA as terrorists.

Shortly after the release of the decision, Badoy, who is notorious for red-baiting government critics, took aim at Malagar and called her “friend and defender” of the communist rebels.

In a statement, law professors of the Far Eastern University Institute of Law expressed their support for the judge and said the attacks against, and red-tagging of, Malagar are “disturbing.” They added that acts inciting to violence “in whatever medium” should be denounced.

“We, the faculty members of the Far Eastern University (FEU) Institute of Law, are one with the Supreme Court. We stand for the rule of law, and condemn the unfounded and vicious personal attacks against Judge Magdoza-Malagar. As our colleague in the Institute of Law, we are aware of the unblemished and sterling record of Judge Magdoza-Malagar,” the FEU law professors said.

The educators added that attacks against judicial decisions negatively affect the judiciary and judicial independence.

“We likewise condemn the personal attacks, criticisms laden with threats of violence, those that misrepresent and distort the nature and context of judicial decisions, and those that are misleading with nary any factual or legal basis. All of these undermine and damage the integrity of the judiciary and threaten judicial independence,” the law professors said.

Lawyers groups, including the National Union of Peoples’ Lawyers, had already condemned Badoy’s recent threats. Recently, even the Integrated Bar of the Philippines (IBP), the official organization of all Filipino lawyers, condemned the threats against Malagar.

“To threaten members of the judiciary is to ‘sow fear’ at a ‘critical element’ of the legal system. Broadcasts and posts showcasing those who verbally assault judges encourages the public to do the same. If judges can be treated disdainfully without consequence, the Rule of Law becomes a hollow promise,” the IBP said.

During a House budget hearing on September 27, Nueva Vizcaya Representative Luisa Cuaresma, sponsor of the 2023 proposed budget for the interior department, said the Philippine National Police (PNP) would probe into Badoy’s remarks. The PNP is under the interior agency.

The PNP, as a response to Cuaresma, said in a statement on Wednesday that it would ensure the safety of judges.

“We, therefore, assure the Supreme Court and the public that the PNP will always be on the side of the law and ensures the safety and security of the honorable members of the court to enable them to promulgate decisions without fear of reprisal or retribution,” the national police said in a statement. Meanwhile, Supreme Court spokesperson Brian Keith Hosaka said in a message to reporters that the High Court thanks the PNP for its promise to protect judges.

(The Supreme Court thanks the PNP for its promise to protect members of the judiciary from any forms of threat, whether or not on social media. We hope they will immediately start and complete the probe into these threats against our judges.) – Rappler.com