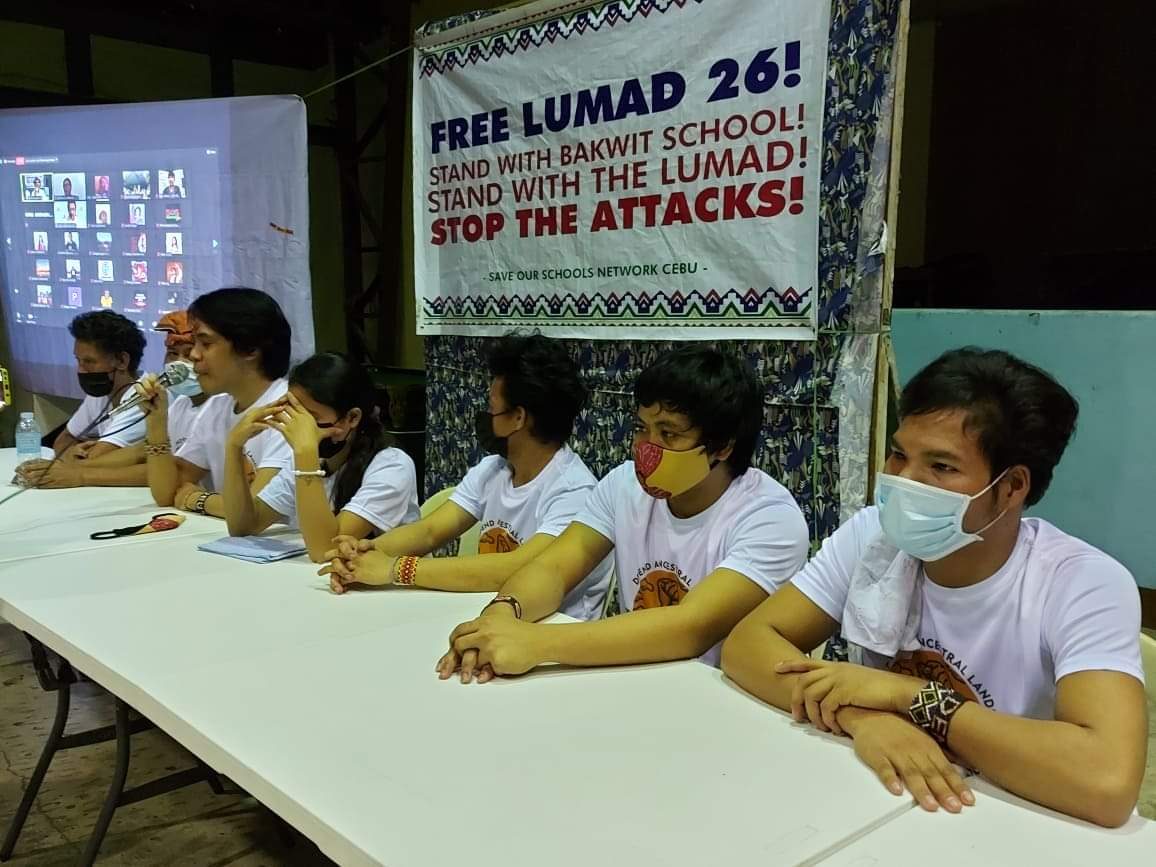 Facebook Twitter Copy URL
Copied
Chad Booc, a volunteer Lumad teacher, says their release is proof that there is nothing wrong with standing up against injustice

After over 9 hours of waiting, the seven detained Lumad bakwit school delegates have finally been released Friday, May 14.

In a press conference held shortly after, Booc, a volunteer Lumad teacher, said the dismissal of complaints filed against them was a testament that there was nothing wrong with standing up against injustice.

Lawyers and members of human rights groups waited for their release since 9 am Friday.

Among the reasons for the delay of the release was the time it took PRO7 police to confirm the validity of the resolution released by the Davao del Norte Provincial Prosecutor’s Office.

The dismissal order was issued on May 5. The National Union of People’s Laywers, legal counsel of six of the delegates apart from Porcadilla, said they received their copy of the dismissal on Tuesday, May 11.

After the release order was verified, police had to bring six delegates, apart from Booc, to PRO-7 to process their release documents. Only Booc was detained at PRO-7.

The rest were detained in separate cells at different police stations in the city. Bakwit 7, as they were dubbed, is comprised of three Lumad students, two Lumad datus, and two volunteer teachers. They were arrested during a police operation on a bakwit school in the University of San Carlos- Talamban Campus in February 15.

They were accused of training Lumad students into child rebels. The Society of the Divine Word and the University of San Carlos administration have belied these claims, saying the Lumads were in Cebu to continue their education. – Rappler.com