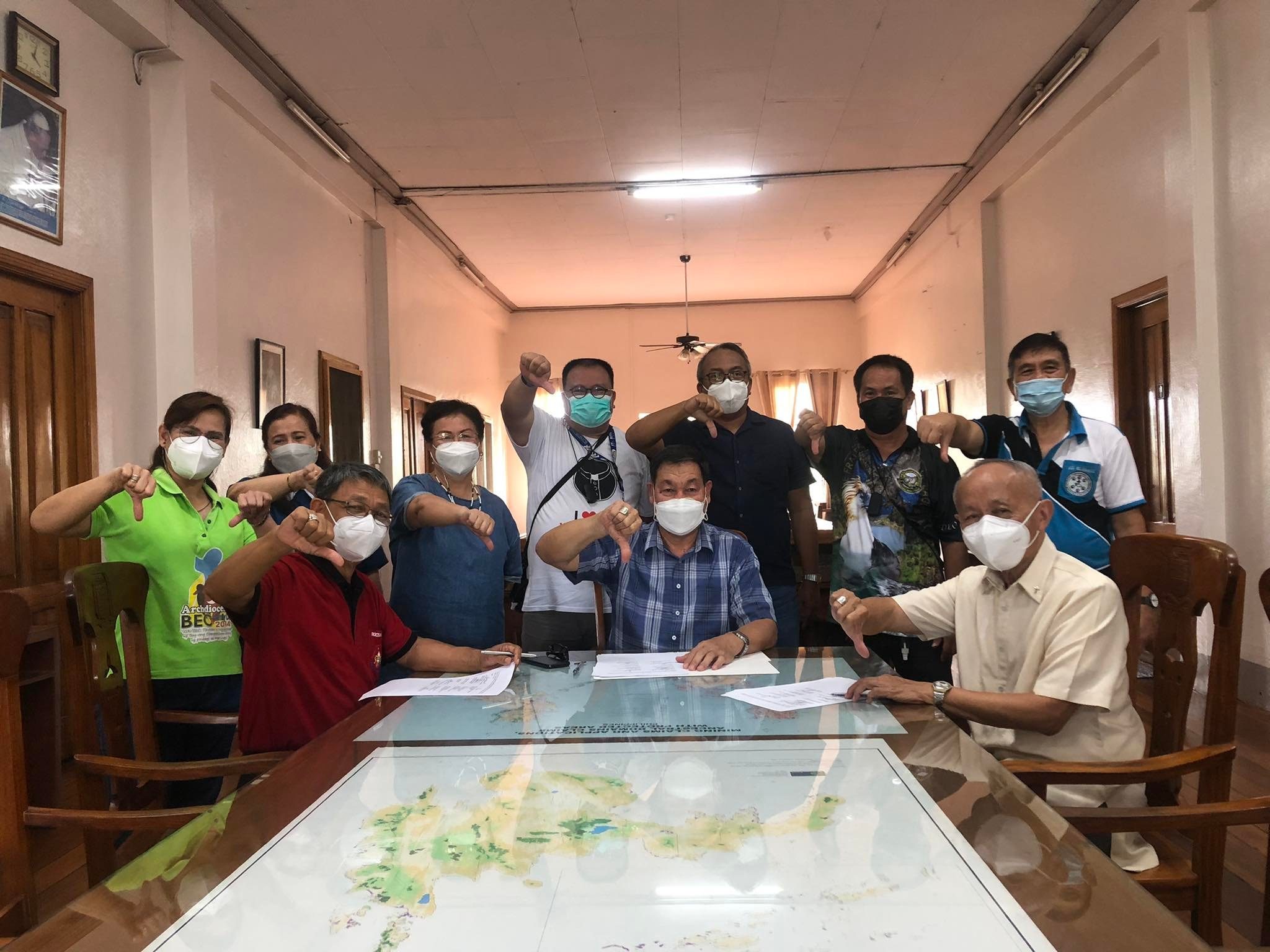 THUMBS DOWN. Religious leaders in Cagayan de. Oro thumb down the casino operations in Misamis Oriental after a signing a joint ecumenical statement against the establishment.

CAGAYAN DE ORO CITY, Philippines – One of the largest Protestant churches in Cagayan de Oro, the United Church of Christ in the Philippines (UCCP), and several evangelical groups have joined a united front of religious organizations to prevent a newly established casino in a neighboring Misamis Oriental town from resuming operations the moment the government downgrades the COVID-19 pandemic alert level in the province.

Their leaders signed a position paper in time for the celebration of the World Interfaith Harmony Week which started on Tuesday, February 1, calling on their members to work together in stopping the operation of the Grand Imperial Casino that was opened by the Gokongwei-owned Universal Hotel And Resort Incorporation (UHRI) and the Philippine Amusement and Gaming Corporation (Pagcor) in Barangay Taboc, Opol town days before Christmas.

The casino had its soft launch in late December 2021 and was supposed to have its grand opening in January, but a surge in the number of COVID-19 cases in Misamis Oriental and Cagayan de Oro forced the government to place the province and the city under the more restrictive Alert Level 3 category under which casinos, bars, and similar establishments may not operate.

The COVID-19 Inter-Agency Task Force for the Management of Emerging Infectious Diseases (IATF) extended it to February 15.

“We call on the LGU (local government unit) of Opol municipality to resolve this issue by taking comprehensive action that would benefit the people in the community. We call on the government to address the issue of socio-economic crisis that motivates people to gamble their small money in exchange for a fake promise of fortune,” read part of the joint statement.

The ecumenical group also noted that the casino was opened without public consultations and was operated near churches.

Misamis Oriental provincial board member Gerardo Sabal III said the province’s legislature would reconvene as a committee of the whole and pass a resolution, stating its position on the casino next week.

The province’s legislators, who started an official investigation into the opening of the Grand Imperial casino, found it started operations even without a business permit, safety inspection certificates, and other requirements. –Rappler.com