US shares concern over Chinese ships: ‘We stand with the Philippines’ 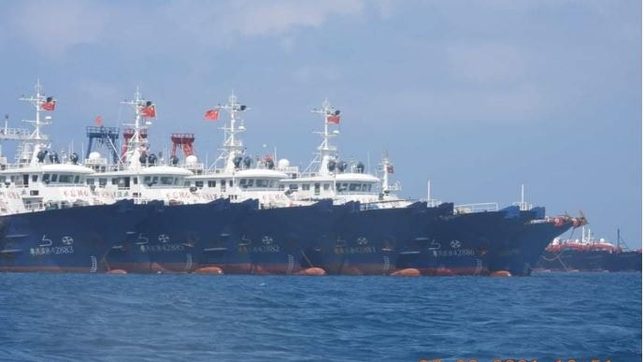 Facebook Twitter Copy URL
Copied
(UPDATED) The United States points out that China is known to use its maritime militia 'to intimidate, provoke, and threaten other nations, which undermines peace and security in the region'

The United States backed the Philippines as it voiced concern over the presence of over 220 ships believed to be manned by Chinese maritime militia spotted near a reef in the West Philippine Sea.

“We share the concerns of our Philippine allies,” a spokesperson of the US embassy in said on Tuesday, March 23, referring to reports on the massing of hundreds of vessels near Julian Felipe Reef (Whitsun Reef) in the West Philippine Sea and took note of the protest lodged against China by Foreign Secretary Teodoro Locsin Jr.

“We stand with the Philippines, our oldest treaty ally in Asia,” the US added.

It said it took note of Defense Secretary Delfin Lorenzana’s “call for the PRC to recall the boats and Secretary of Foreign Affairs Locsin’s filing of a diplomatic protest.” 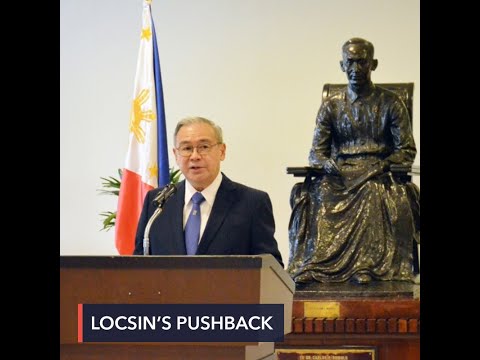 Earlier on Monday, March 22, China denied allegations that maritime militia manned over 200 Chinese fishing vessels massed near Julian Felipe Reef and denounced the claim as an “unnecessary irritation.” It described the presence of hundreds of vessels near the reef as “normal practice” of fishing vessels to take shelter due to “rough sea conditions.”

In contrast, a verified report from the Philippine Coast Guard  said that the hundred of ships appeared to show no signs of “actual fishing activities,” and had been spotted with lights turned on at night despite clear weather.

On Tuesday, the US once again pointed out that China is known to use its maritime militia “to intimidate, provoke, and threaten other nations, which undermines peace and security in the region.”

“Chinese boats have been mooring in this area for many months in ever increasing numbers, regardless of the weather,” it said.

On Twitter, China hit the US’ statement on the issue and accused it of ‘fanning the flames.” It added that “provoking confrontation” would undermine peace in the region. It denounced the US’ input and insisted it could handle issues with the Philippines bilaterally or one on one, which it preferred as opposed to multilateral set ups.

“We have the will, wisdom, and ability to properly handle relevant issues through bilateral channels,” the Chinese embassy in Manila said.

Later on Tuesday night, Japan, another US defense ally in the region, said it supported upholding the rule of law in the South China Sea and opposed moves that would drive up tensions in the region. 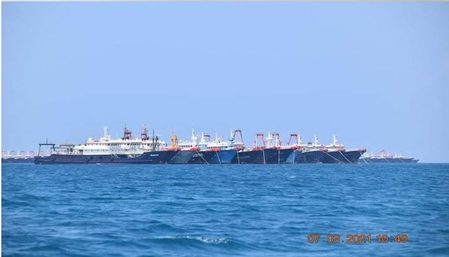 The swarming of Julian Felipe Reef, a boomerang-shaped shallow coral reef located northeast of Pagkakaisa Banks and Reefs (Union Reefs), is similar to China’s tactic of swarming of vessels near Pag-asa Island in the West Philippine Sea.

The Philippines’ Department of National Defense earlier noted that the presence of large numbers of Chinese fishing vessels – or militias – in the West Philippine Sea could be an asymmetric warfare strategy that in effect wields China’s control over Philippine waters.

As of Tuesday, the Armed Forces of the Philippines said at least 183 Chinese vessels continued to surround Julian Felipe Reef. – Rappler.com