RESCUE AND RETRIEVAL OPERATIONS. The Philippine Coast Guard retrieves another cadaver of one of the nine fisherfolk who went missing after their boat sank on September 24, 2021.

The Philippine Coast Guard (PCG) on Monday, September 27, shared an actual footage of the search and rescue operations of the nine fisherfolk who went missing after their ship sank in waters off Northern Cebu. 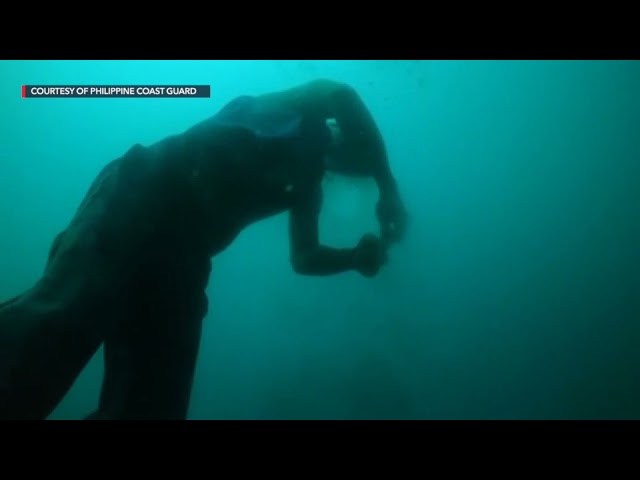 According to the PCG, the FV St. Peter the Fisherman II sank on Friday, September 24, between the waters of Tanguingui Island in Northern Cebu and Gigantes Island in Iloilo. The coast guard added that the boat “sank due to strong winds and big waves prevailing at the said vicinity waters.”

As of Monday, the PCG had already retrieved and identified the bodies of seven of the fisherfolk who went missing after the incident. Identified were:

Meanwhile, the ship’s cook, Julian Dungog and third engineer Manuel Auditor, remained missing, according to the PCG. As of September 25, a total of 22 fisherfolk from the mishap have been rescued by the coast guard. On Saturday, the PCG also reported a maritime accident in Ormoc City in Leyte province. At least one person died after a roll-on/roll-off vessel sank off the coast of Ormoc City. – Rappler.com