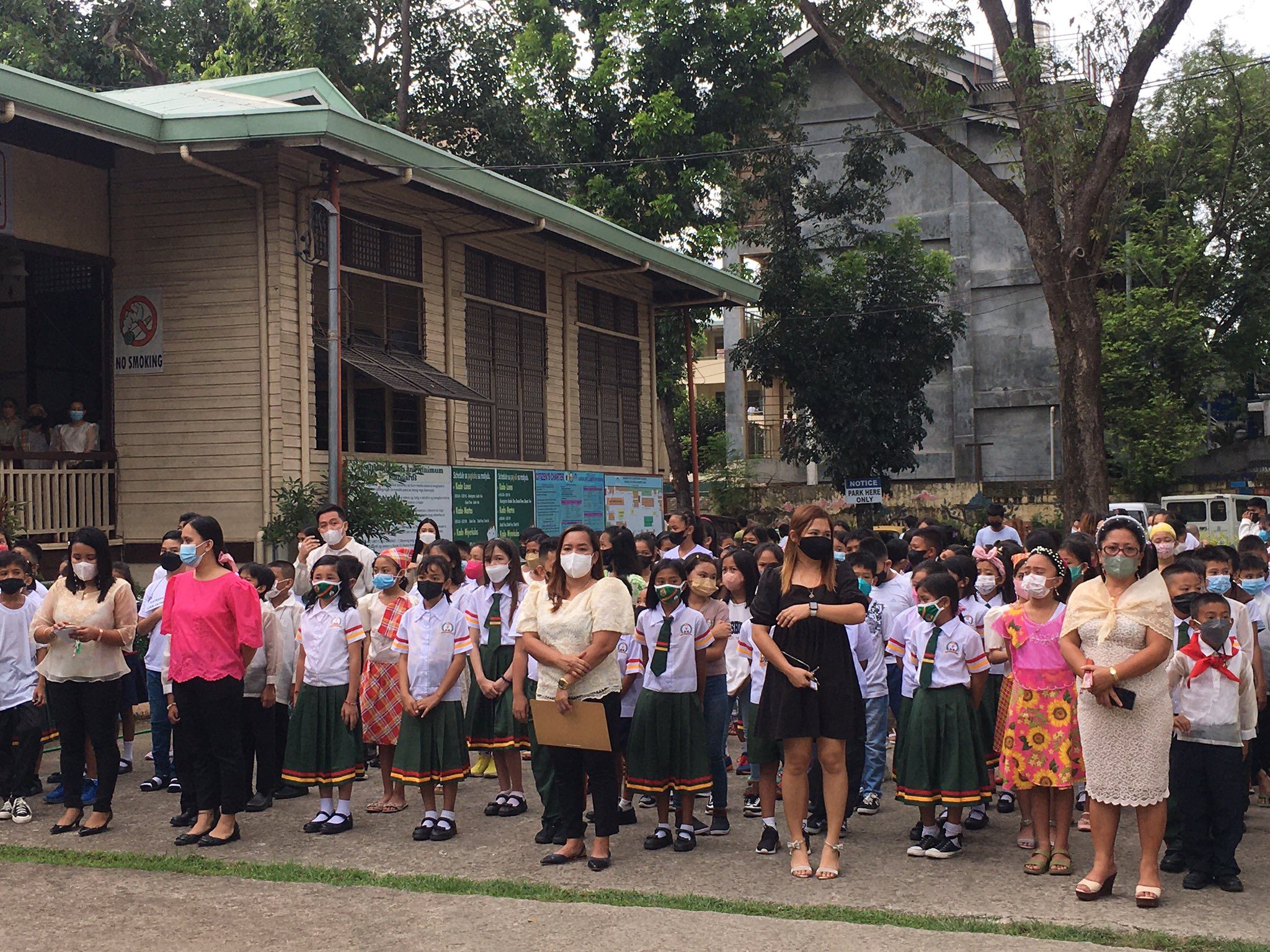 Students of Guadalupe Elementary School attend their first face-to-face flag ceremony since the pandemic lockdown. According to principal Churchita Padernal, their school has over 5,000 enrolled students.

CEBU, Philippines – About 5,000 grade school students began their first day inside Guadalupe Elementary School in Cebu City with reading and writing exercises, after two years of the nation-wide lockdown.

(The students’ reading and writing skills are things that really need catching up on here in this school.)

In July, DepEd Central Visayas Director Salustiano Jimenez said in a MyTV Cebu media forum that developing reading comprehension in children was a major challenge during the lockdown. 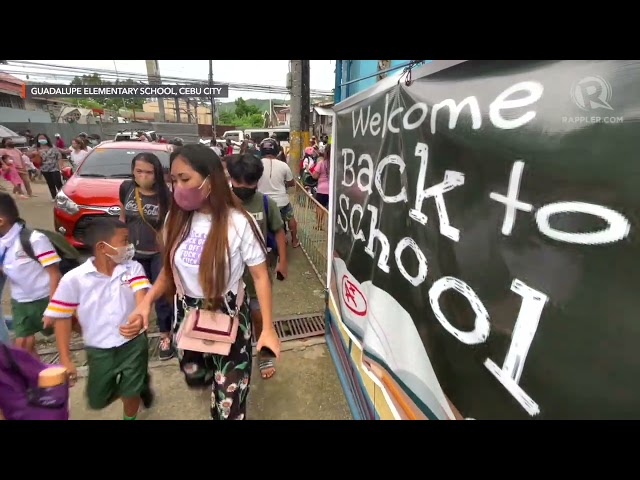 Prior to the pandemic, the Philippines already had one of the lowest standings in reading comprehension, mathematics and science in a triennial survey conducted by the Organization for Economic Cooperation and Development (OECD).

“So today, for our first day of classes, we had the children trace straight and curved lines so they get used to it and learn to write letters,” Analiza Cabañog, teacher of Guadalupe Elementary School, said in Cebuano.

Cabañog added that the faculty were also tasked to check on their students numerical skills.

“I’m really happy that we’re finally having f2f because when we had modular [classes] it was just us, moms, answering the modules,” Abaquita Glynez said in a mix of English and Cebuano.

In the modular set-up, most parents had a hard time tutoring their children, especially due to hectic work schedules, a lack of educational background and other factors.

Glynez found it difficult to manage her sari-sari store while her son James would ask her to teach him how to answer his modules even after he read them.

“We tried hiring a tutor but unfortunately, that didn’t work out well,” Glynez said in Cebuano.

This time, with children back in their classrooms, Glynez is confident that her son would learn in the best conditions possible.

Father-of-two Camillo Barredo Jr. told Rappler that while he is concerned for his children’s safety, he is just as excited as they are for their face-to-face classes. @rapplerdotcom pic.twitter.com/VB8oWJc6F3

Camillo Barredo Jr., a father of two, told Rappler that he was concerned for his children’s safety, especially since classes were now back in classrooms.

“I just feel the need to just stay here [at school] just watch over them because my kid is still in Grade 1,” he said in Cebuano.

Barredo also has a high schooler in Ramon Duterte Memorial National High School, which is situated right next to Guadalupe Elementary School.

“I get worried sometimes because kidnappings have become sort of a trend these days,” he added.

The Cebu City Police Office announced on Sunday, August 21, that it would deploy 300 cops for the first day of classes.

Rappler’s Visayas Bureau visited at least 10 schools in Cebu City and found police personnel and village chiefs positioned at the entrances of each one.

Both parents and students are reminded to wear their face masks properly every time they enter the school’s premises.

Teacher Analiza Cabañog told Rappler that students were required to bring a health kit before being allowed to attend classes.

“On health protocols, we also had the students bring health kits which include face masks, alcohol, and the basic necessities,” Cabañog said.

In July, Vice President and Education Secretary Sara Duterte said that vaccinations were not required for face-to-face classes.

Temperature checks and contact tracing were still being implemented in schools to prevent possible outbreaks.

As of this writing, Cebu City is conducting an on-going booster vaccination campaign for minors. –Rappler.com