But that goal also means razing parts that have generated livelihood for generations of small entrepreneurs and served as makeshift homes, too.

Vendors chafe at the high cost of development, and warn of displacement and the threat of unaffordable stall rentals. Residents fear erosion of the area’s working-class character and the transformation of Carbon Market into just one more generic commercial mall.

Protests have led to clashes between vendors and the city government, especially as demolition of stalls started on July 18.

Cebu2World Development Inc. (C2W), the MCC subsidiary undertaking the project, insists there will be no displacement and only temporary inconvenience to vendors.

Rappler takes a closer look at the big issues surrounding the project.

Two sets of documents contain the roots of discontent among vendors and the perceived solutions to the unrest.

Then-mayor Edgar Labella and Megawide’s then-corporate affairs chief and branding officer Louie Ferrer signed the JVA in January 2021. Section 7.1 of the JVA authorized Megawide to collect rental and other charges for use of the facility, especially the interim and night markets. 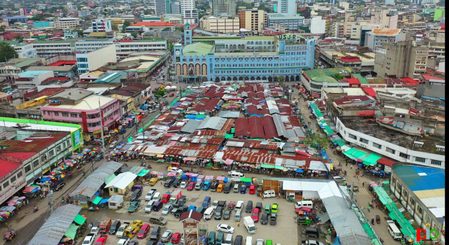 An Annex to the JVA also includes a rent increase schedule. This bolstered the vendors’ fears of being priced out of the area.

The Cebu Market Code of 2017 also pegs rental at 8.50/sqm for primary stalls and P6 for secondary stalls.

The question of why the JVA included these provisions and why the council approved the contract continues to puzzle Cebuanos.

Voices from the Regions: Who benefits from Cebu’s Carbon Market redevelopment? 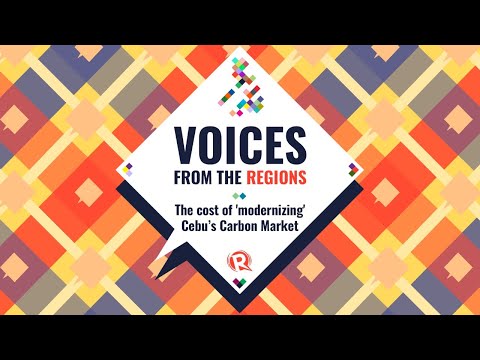 The vendors were not the only ones who saw the dangers in the JVA.

In August 2021, he listed what needed fixing: the location and development plan of Freedom Park, the lack of safeguards against displacement of vendors and residents of Sitio Bato, and the terms for the actual project investment.

The Office of the Cebu City Attorney in March 2022 said the JVA could be amended through a supplemental agreement that falls within the parameters of city ordinance 2154, the local code implementing national guidelines on joint venture agreements.

The ordinance prohibits changes that could increase the city’s financial exposure, liabilities, risks and other factors.

On July 31, 2022 the city and C2W signed a supplemental memorandum of agreement (MOA).

The 15th Sangguniang Panlungsod also approved the MOA before its final regular session ended on June 29, 2022.

The supplemental agreement represents a partial win for vendors as it:

The last item also means a freeze on stall rents until the city updates the market code.

But the supplemental agreement itself continues to cite Annex D of the original JVA, so critics may be right in saying it’s a question of when, not if.

Vendors still worry that 2025 local elections could usher in a new council that could lift the cap on rentals.

Carbon Market got its name in the 19th century from the mountains of coal stored in what used to be the final station of Cebu’s old railroad.

The 1990 construction of a new market structure allowed traders to expand offerings, with three different cooperatives reflecting the main trades, making it a center of trade in Central Visayas.

The selling area expanded to the former US military garrison Warwick Barracks and Freedom Park located in front of the University of San Jose-Recoletos (USJ-R) along Magallanes Street.

Freedom Park, on land donated by the  Order of Augustinian Recollects (OAR), is a center of political expression whether these be rallies or scholarly debates. Rama wants it to retain this role.

The January 2021 JVA on the “Bai the C Project – Carbon Market” or the “Cebu Heritage District Development Project” aims to “promote Cebu to the whole world through a first-world market experience.”

The city offered Freedom Park, Warwick Barracks, and Units 1, 2, and 3 for development by C2W, which committed to invest P5.5 billion in two phases.

Phase 1 involves developing the current market structure, adding a Sunday night market, and a water taxi terminal. Phase 2 sees the rise of a hotel and other retail shops to accommodate tourists and residents.

The supplemental agreement also hikes the AGP to P50 million annually right on the signing date. The 10% escalation starts on the 11th year and every five years thereafter. This means a P500-million revenue for the city in the first 10 years alone and P3.4 billion over the lifespan of the agreement.

The city received its first check on July 31. The additional investment will help restore Freedom Park to “its former glory,” with a 15-meter obelisk as a central landmark.

How will C2W recoup investments and its AGP commitments? C2W aims to open the park and Puso Village, a tourism hub, by October 2022. The hub will have 334 retail spaces.

The planned L-shaped new market building is bigger than the interim market. It spans the area from Freedom Park to Unit 2.

C2W will roll out more livelihood opportunities at the Interim building and night market. A temporary mechanical parking area near the South Road Properties (SRP) viaduct will open as C2W excavates the area near Warwick Barracks for basement parking. C2W will also build a new police station and five police outposts to ensure better security in the area.

But if rental rates rise, it could cause a drop in income among thousands of small enterprises.

The ripple effect could have a negative impact on the city’s tax revenues, the cost of basic commodities, and local food security, according to the vendors’ coalition.

The supplemental agreement gives C2W an out. If its financial condition suffers from the 2nd up to the 4th year of the contract, it can renegotiate for a reduced AGP, though not less than what the original JVA provided.

The vendors don’t have that luxury.

The market authority claims all of the vendors have now relocated and trading has normalized. Wine Miro, president of the Ambulant Vendors Association (AVA), said this is not entirely true.

“Wala ko maka balik sa akong negosyo, even if gitagaan kog lugar pero dili sakto sa akong negosyo,” he said. (I still haven’t returned to my business, even if they gave us space but it wasn’t right for our business.)

Some flower vendors like Teresita Padernal told Rappler the new assigned spaces are too cramped for their goods. Ferrer and Eco of C2W deny the charge, saying they undertook consultations with vendors on the ideal size for the stalls, which panned out at 5 sqm per unit.

“We have to accommodate all of them,” Ferrer said. “That’s really the main reason why we’re increasing leasable spaces and the size of the building.”

“We have been deceived when they signed the contract without consulting the vendors, so how can we trust them?” asked Ann Ariosa, an officer of the alliance. – Rappler.com