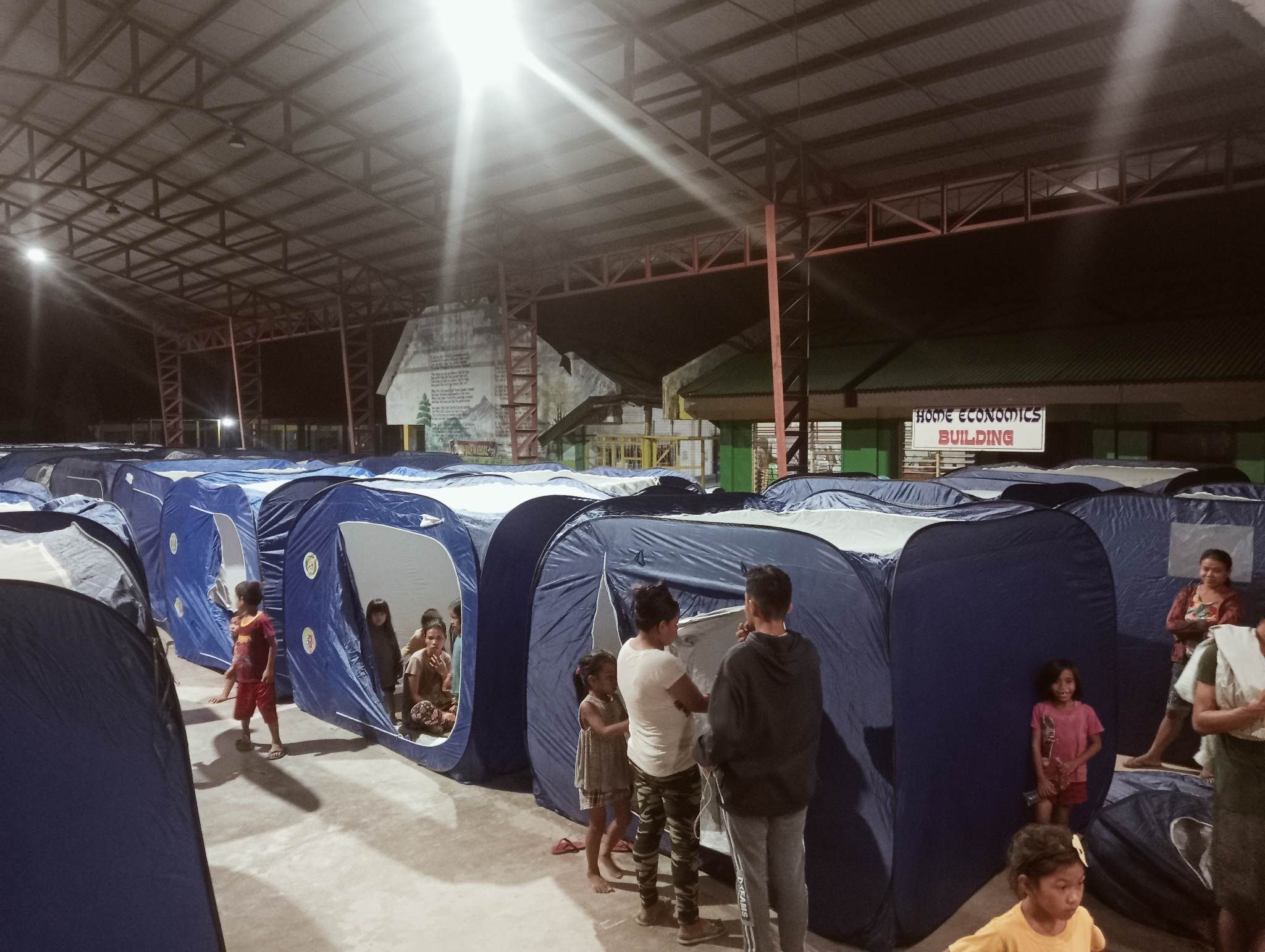 EVACUEES. Some of more than 200 resident of Barangay San Jose who fled fighting between government and rebel troops on January 18 settle down at the evacuation center in Binulig Elementary School.

The local government unit (LGU) on Thursday, January 19 said 53 families or 210 individuals from in Purok Malipayon, Barangay San Jose were staying in 60 tents at the Binulig Elementary School.

Classes were temporarily suspended in two other schools, the Gil Montilla National High School – Binulig Extension and the Omas Integrated School in Barangnay Camindangan, Cauayan town, until the military gives an all-clear notice.

Brigadier General Leonardo Peña, commander of Army’s 302nd Infantry Brigade said a soldier was wounded in the first encounter around Wednesday noon in the highlands of Camindnangan.

Pursuit operations against a 20-member rebel team from the NPA’s South West Front brought the clash to San Jose, Sipalay.

There was no evacuation in Cauayan.

The soldier is in stable condition at a Cebu City hospital, the general said. There was no word on NPA casualties.

“LGU offices are working round the clock to provide the needs of the evacuees,” a statement from Sipalay city said, citing nutritious meals and medical services.

Personnel of the 15 IB and the City Social Welfare and Development Office (CSWDO) conducted separate stress debriefing and interview activities for adults and children evacuees, the city added.

Peña asked communities to cooperate with the local government and the security forces to stop what he called recovery efforts of the NPA.