Signal No. 1 raised due to Super Typhoon Henry 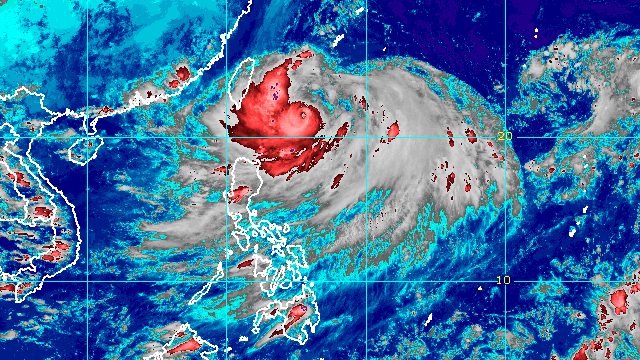 Henry was already 400 kilometers east northeast of Itbayat, Batanes, still moving south southwest but at a slower pace of 15 kilometers per hour, from 25 km/h in the morning.

The super typhoon slightly weakened, with its maximum sustained winds decreasing to 185 km/h from 195 km/h, and its gustiness down to 230 km/h from 240 km/h.

Signal No. 1 is now raised in Batanes and the northeastern part of Babuyan Islands, specifically Babuyan Island. Strong winds are expected.

The Philippine Atmospheric, Geophysical, and Astronomical Services Administration (PAGASA) is not ruling out the possibility of raising Signal No. 2.

Isolated to scattered floods and landslides are possible.

Henry may also enhance the southwest monsoon or hanging habagat, which could trigger rain in the western part of Luzon starting Friday, September 2.

Meanwhile, another gale warning was issued at 5 pm on Thursday, covering the northern and eastern seaboards of Northern Luzon, particularly Batanes, Cagayan including Babuyan Islands, and the northern coast of Ilocos Norte.

From Thursday evening to Friday, moderate to rough seas may be seen in the eastern seaboards of Isabela, Central Luzon, Southern Luzon, and the Visayas, too. Waves could be 1.2 to 4 meters high, making conditions risky for small vessels.

Then Henry could begin moving slowly northwest on Friday afternoon, before speeding up toward the north on Saturday, September 3.

It may exit the Philippine Area of Responsibility (PAR) as a typhoon on Saturday evening or Sunday morning, September 4.