Calls grow louder for SC to step in amid killings. Will justices listen? 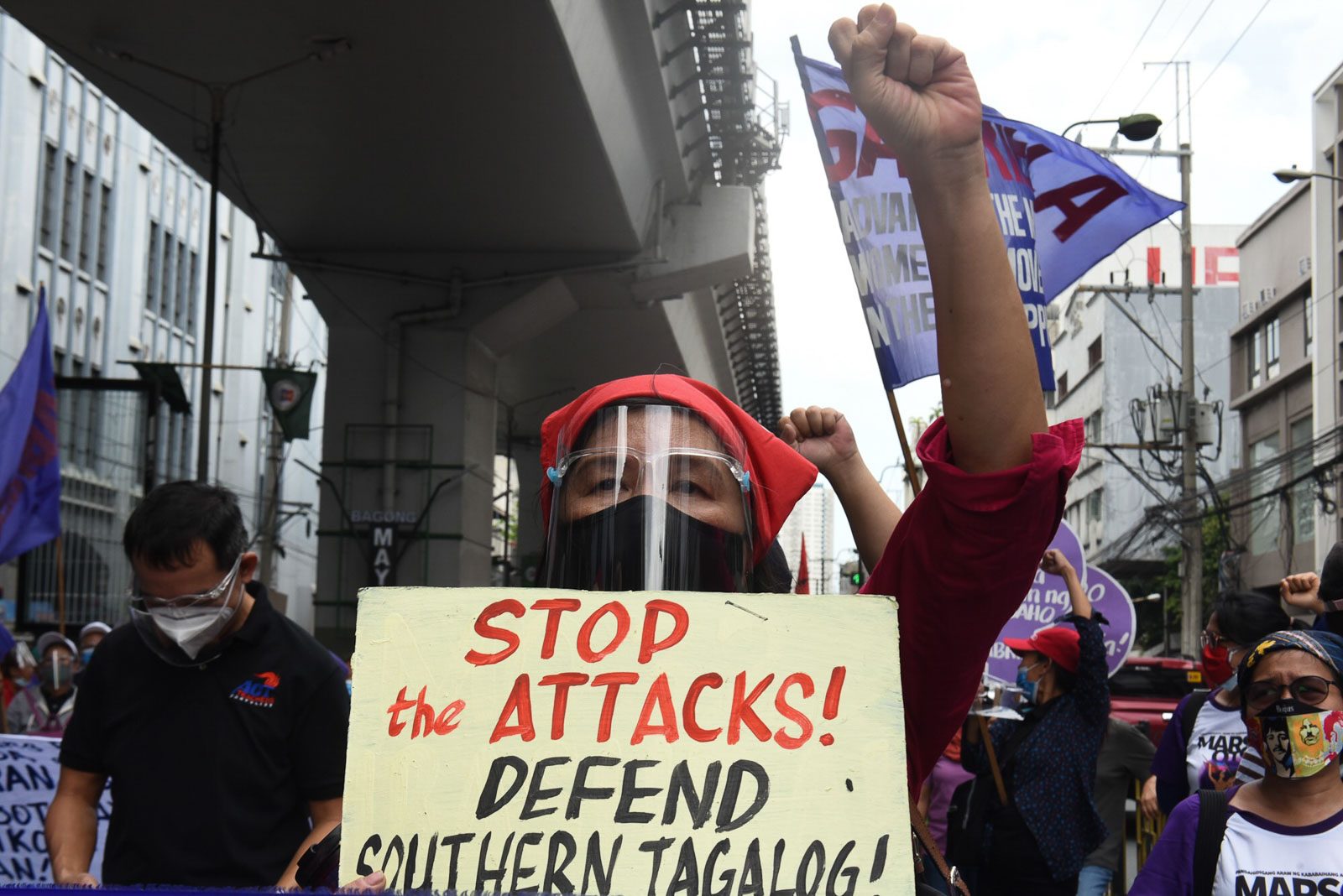 In the wake of a bloody crackdown in Calabarzon that resulted in the killings of 9 activists, human rights lawyers again called on the Supreme Court (SC) to step in and remedy the processes that are directly or indirectly being used for alleged state abuses.

But will the justices listen, given that several of them have argued at the ongoing anti-terror law oral arguments that protecting national security may sometimes come above personal freedoms?

Josa Deinla of the National Union of Peoples’ Lawyers (NUPL) said in a press conference on Monday, March 8, that the Supreme Court must revisit the 2004 circular that allows executive judges and vice executive judges of Manila and Quezon City (QC) to issue search warrants outside their jurisdictions.

Manila and QC courts have been accused of being “warrant factories” for the searches that result in the arrest and, this time, killings of activists. This has been questioned in a petition pending before the Supreme Court since December 2020.

Deinla said they will still file the usual petitions and remedies, but they’re hoping that the worsening situation would compel the Supreme Court to be more proactive.

The Supreme Court did this in 2006, when they promulgated rules on amparo and habeas data to address the killings and disappearances of activists during former president Gloria Macapagal Arroyo’s time.

“In the issuance of the search warrants, remember that they are allowing the intrusion of peoples’ houses, offices, intrusion of their privacy and violation of their constitutional rights,” said Deinla. In the high court, Associate Justice Jhosep Lopez told Representative Edcel Lagman last week that compromising privacy rights may help the state hunt down terrorists – which is what the police are accusing the activists of, that they are part of the armed New Peoples’ Army (NPA), now officially designated terrorists under the anti-terror law.

“The method of intelligence gathering via wiretapping and intercepting communication was a crucial component in US Patriot Act, which was enacted right after the advent of the September 11 attacks on the Pentagon and the World Trade Center. These provisions have been credited for the success of hundreds of anti-terrorism operations since 2001,” said Lopez, President Rodrigo Duterte’s latest SC appointee.

“An examination of the Patriot Act would reveal that government is likewise given an expansive powers to be able to effectively carry out such powers in recognition of the fact that terrorist operations would usually take advantage of the right to privacy,” added Lopez.

Lagman tried to argue that pursuant to the strict scrutiny test, the government “must choose the least invasive means of securing that policy which would not unduly intrude into constitutional rights.”

That’s also the point of associate justices Amy Lazaro Javier and Mario Lopez, both of whom pursued the line of thought that when national security is at stake, personal freedoms take a back seat. Leftist lawyer Neri Colmenares said throughout the oral arguments that law enforcement agents must not have unbridled power, as that is prone to abuse.

When petitioner’s counsel John Molo said that he favors national security just as long as it is within the bounds of the Constitution, Associate Justice Edgardo delos Santos made a note that “the United States and the European Union have both classified the CPP-NPA and Abu Sayyaf as foreign terrorist organizations.”

The justice was repeating a similar point he made in his separate opinion in the prisoner mass release case, where he wrote that the detained activists, if freed, would pose a “grave threat” to the public as “allegedly key members of the CPP-NPA-NDF.”

In this prisoner mass release case, the Supreme Court took so long deciding that by the time they released the decision, the baby of one of the inmate petitioners had already died. The decision was also a mere remand to lower courts.

“Looking at the track record of the Supreme Court, we can’t say that we are confident but we cannot lose hope, so we’ll just continue asserting our constitutional rights and exploring other remedies that we have not done before,” said Deinla.

Too glaring to ignore

The usual remedies for activists were the writs created in 2006 – writ of amparo (protective writ that acts like a restraining order) and writ of habeas data (which would compel government to destroy damaging dossiers and intel against activists).

Court Administrator Midas Marquez had promised the House of Representatives in 2020 that Chief Justice Diosdado Peralta would review the writs and see how they could be strengthened.

As of posting, the Supreme Court Public Information Office has not yet replied to several messages sent since Sunday, March 7, asking for a status update on that review.

“At one point the Supreme Court will have to act. Ang dami nang namatay eh. Huwag nang hintaying dumami pa (Too many have died already. Let’s not wait for more deaths),” said Reyes. – Rappler.com