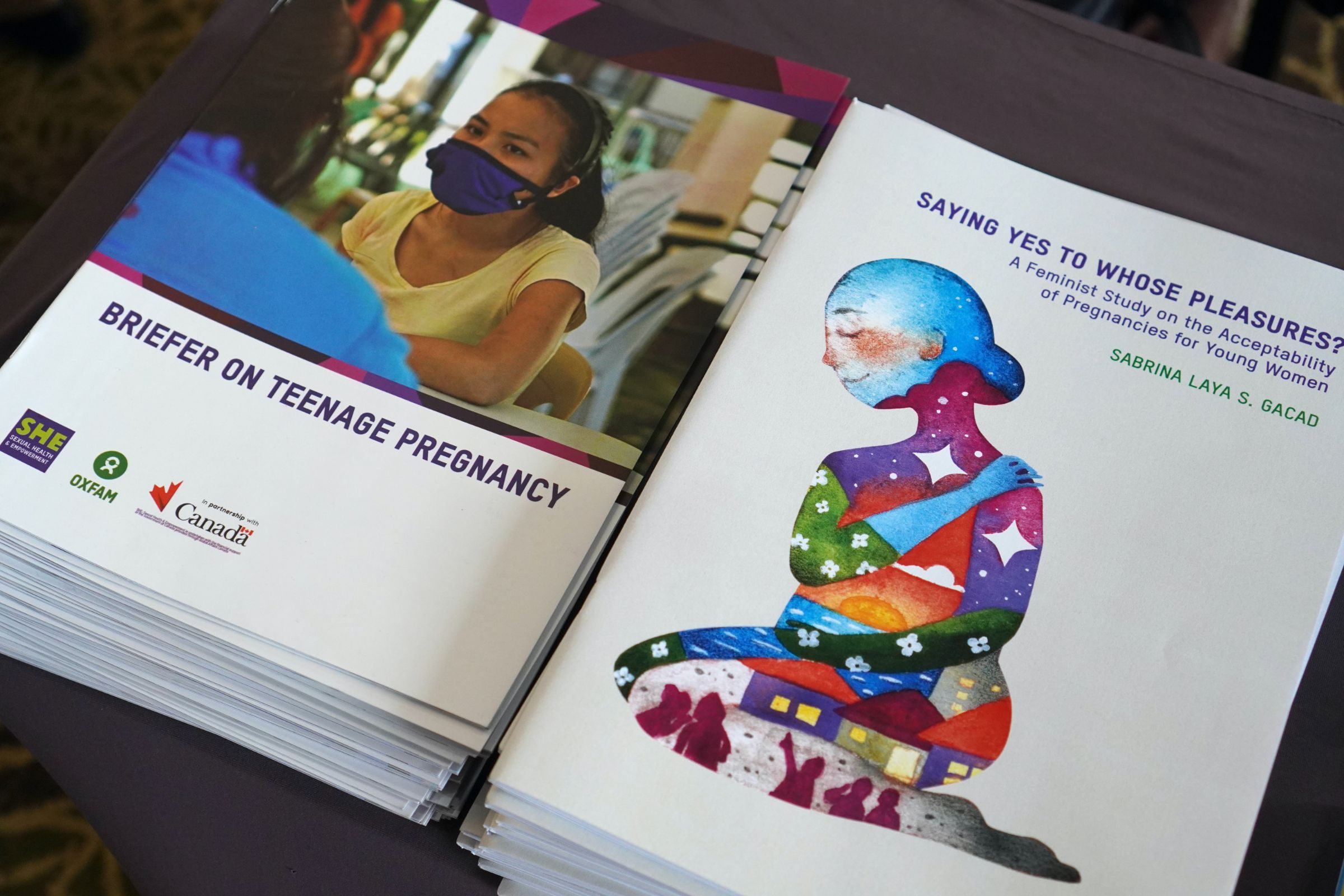 NEW STUDY. A new study 'Saying Yes to Whose Pleasures? A Feminist Study on the Acceptability of Pregnancies for Young Women' is launched by Oxfam Pilipinas on September 6, 2022.

Facebook Twitter Copy URL
Copied
While some young Filipinas in the study did not initially want their pregnancies, they say they accepted them with the belief that motherhood is a woman's most important role in society

MANILA, Philippines – Young Filipino women accept early pregnancies as a response to cultural norms that reject their sexual rights, but demand their responsibility, according a new study.

The study on the acceptability of pregnancies for young women in the Philippines, released by Oxfam Pilipinas on Tuesday, September 6, shows “the need for Filipino society to accept the reality and the power of teen pleasure and sexuality.”

“Teenage pregnancy in a predominantly Catholic country like the Philippines has always been controversial. This study seeks to better understand how the youth actually see themselves in relation to pregnancy and sexuality,” said Oxfam Pilipinas Country Director Lot Felizco.

The study defied perceptions of teenage mothers in the Philippines, who are sometimes depicted by the media as powerless victims of abuse. While cases of abuse among teen mothers certainly exist, the study showed that there also exists a certain bloc of young Filipino moms who either accept unplanned pregnancies with the drive to live out motherhood as a duty, or passively consent to the wishes of their male partners to start families.

The subjects in the study spoke about how their social environments rejected pre-marital sex, but that did not stop them from seeking sexual pleasure with partners who promised to take responsibility if they got pregnant. Misinformation about modern birth control methods was also common.

“You cannot stop pregnancies just by insisting on contraceptives uses,” said study author Sabrina Gacad. “If we wanted young people to take contraceptives, we must discuss why they would need to in the first place, which means discussing their curiosity about or desire for sexual intimacy.”

During his watch, then-president Rodrigo Duterte declared the prevention of teenage pregnancy a national priority in June 2021, following the number of rising births among girls aged 15 and below in 2019. In February 2022, the Commission on Population and Development reported that adolescent births had dropped in 2020.

According to Gacad, pregnancy acceptability was more related to ideas and expectations about motherhood and the desire to make the most out of an unpleasant situation, rather than the circumstances around their decision to have sex.

The study’s subjects gave various reasons for their decisions to have sex early, ranging from being forced, coerced, or to “eventually” wanting it. The research found that oftentimes, early sex and teenage pregnancies occur when male partners want to have sex and start a family.

The young women who had partners with the same age had an easier time asserting their refusal to have sex. Those with older partners were coerced or abused more often.

“Without a clear and comprehensive vocabulary for their pleasures and their needs, adolescent girls and young women are unable to express consent and enforce their refusal. In taking an unexpected pregnancy to term, and in raising children, they limit their social or economic opportunities, while being expected to be good mothers who will put the well-being of their children above anything else,” Gacad said. 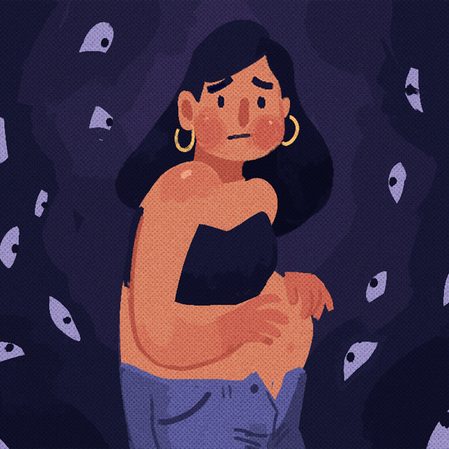 All participants in the study held the belief that motherhood is a woman’s most important role in society – an essential reason as to why they accepted their unplanned pregnancies.

Reflecting on their pregnancies, many of the young mothers said, “Nandiyan na (It’s there already),” with a mix of fear and joy. Joy at the idea of having a sense of responsibility of motherhood, and fear of the anger or disappointment they expected from their parents as they chose to raise a child with limited resources.

Some saw pregnancies as “blessings,” knowing that not all women are able to have children. Meanwhile, others saw the decision to bring a pregnancy to term as dealing with the consequences of the “mistake” or “sin” of having pre-marital sex.

(That makes me proud of myself because I already made a sin when I had sex young, but I did not correct it with another sin by taking a life. I really wanted my baby; I have no regrets even though I wasn’t ready that time. I did my responsibility as a mother.)

Gacad said the approach of framing teenage pregnancy as bad may not be enough to change perceptions of adolescents considering or experiencing motherhood.

“It has to align with their desire, especially since there are some people who want to get pregnant at a young age,” she said. “Maybe we don’t need to change their desire for pregnancy but instead their idea of fulfillment as a woman.”

Gacad added that young women should also be guided to see that there are other ways for women to be fulfilled. “Broadening that option for young women might change fertility preferences.”

The study concluded that institutions can do better to “help young people turn their pleasure into greater power.”

During the study’s launch on Tuesday, Nathalie Africa-Verceles of the University of the Philippines (UP) Center for Women’s and Gender Studies said that teenage girls must have the right to sexual and reproductive health information and services. This, according to Africa-Verceles, will not only protect them from unwanted pregnancies and sexually transmitted infections, but also unsafe abortions.

Other advocacy groups at the launch said that personnel handling sexual and reproductive health services sometimes discriminate against young mothers.

Felizco of Oxfam said groups should work together to “create an enabling environment where all individuals, including the youth, are capable of making their own informed and active choices towards safe, happy and healthy expressions of sexuality.”

“Through creating and sustaining such a safe environment, we are supporting individuals to say yes to their own pleasures, and amplifying their right to say no to acts that violate their rights and well-being, that expose them to risk, exploitation and discrimination,” she said.

The study was supported by the UP Center for Women’s and Gender Studies and Oxfam Pilipinas as part of the Sexual Health and Empowerment Project funded by the Global Affairs Canada. Read the full study here. – Rappler.com