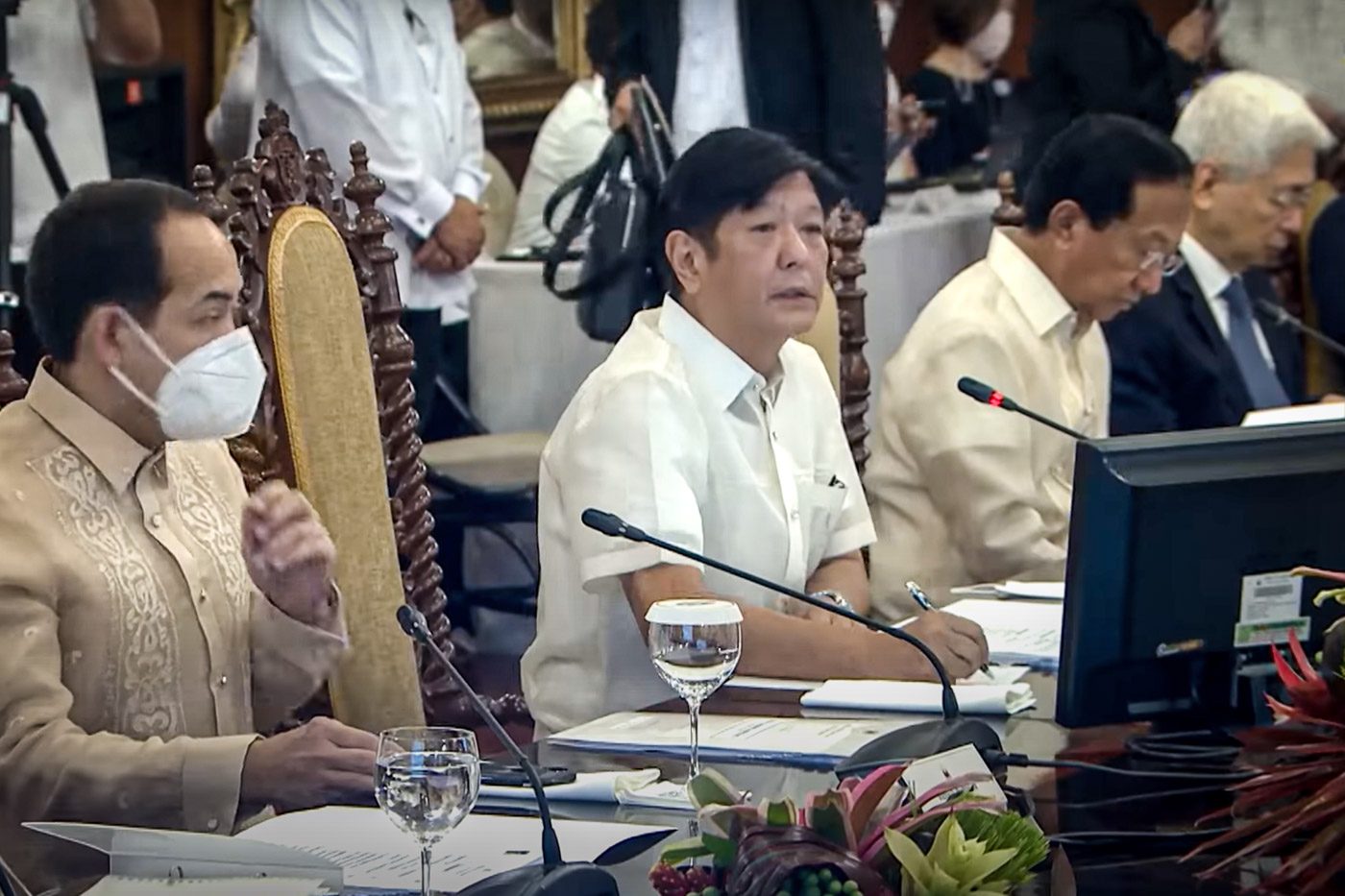 Facebook Twitter Copy URL
Copied
In between his official activities, President Marcos has attended more than a dozen social and leisure activities here and abroad

MANILA, Philippines – From the first courtesy call of the Chinese ambassador to his recent diplomatic trip to the United States, President Ferdinand Marcos Jr. has had at least 227 activities in his first 100 days in office.

What kinds of appearances and functions kept Marcos busy since his first full day in office on July 1?

Rappler scoured advisories that his office sent newsrooms, the Office of the President and Radio Television Malacañang Facebook pages, his social media pages, and press releases from the Philippine News Agency website.

Calls with foreign leaders and courtesy visits made by ambassadors and country representatives – a total of 68 – made up around 30% of Marcos’ total activities in his first 100 days as president.

These included visits from the ambassadors of China, the United States, Russia, South Korea, Singapore, the United Kingdom, Spain, Italy, and more. Representatives from the European Union, the Association of Southeast Asian Nations (ASEAN), and the United Nations also made courtesy visits to the President. It was also during this time that the Philippines officially established diplomatic ties with the island country of Niue.

Marcos also attended a number of launches, openings, and organization anniversaries, totaling 31 or around 13% of his total activities. The first Palace flag ceremony on July 4, 2022, was the first, immediately followed by the change of command ceremonies of the Presidential Security Group.

Marcos’ first trip abroad was a four-day state visit to the countries of Indonesia and Singapore. The inaugural trip consisted of meetings with different heads of state, luncheons, meetings with local business leaders, and economic briefings.

His working visit to New York during the United Nations General Assembly (UNGA) was Marcos’ first international appearance in front of other heads of state.

He had also made use of his time during the UNGA to meet with US President Joe Biden, Japanese Prime Minister Fumio Kishida, and British ex-prime minister Tony Blair. Marcos also attended meetings with business leaders, including the World Bank Group, Sutherland, and Procter & Gamble.

Attending a total of 47 meetings (or 20% of his activities), Marcos kicked off with the oath-taking of the members of his Cabinet, followed by their first meeting on July 5, 2022. There have been eight more Cabinet meetings after, as of press time. He had also met with officials of different departments, such as the Department of Agriculture (which he leads), the Department of Health, and the Department of Energy, among others.

He had also set meetings in Malacañang with the private sector, including the Samahang Industriya ng Agrikultura, the Philippine Chamber of Food Manufacturers, and the Federation of Filipino Chinese Chamber of Commerce. Marcos had met with the Private Sector Advisory Council, formed upon the President’s request, on multiple occasions, tackling healthcare, tourism, and commerce.

Two major calamities hit the country during Marcos’ first 100 days. The first was the magnitude 7 earthquake in Abra in the Cordillera region. He made a constituent visit on July 28 during the distribution of relief goods.

Marcos led the directive meeting with the National Disaster Risk Reduction and Management Council during the aftermath of Super Typhoon Karding on September 26. He also made aerial inspections of the affected areas on the same day.

In between all of these activities, President Marcos had attended 18 social and leisure activities. His first was his inaugural dinner, after he took his oath at the National Museum on June 30. While the dinner was held in Malacañang, there was a People’s Concert nearby, along Mendiola street, for his supporters.

Marcos visited the grave of his father and namesake, the late dictator Ferdinand Marcos, at the Libingan ng mga Bayani on the latter’s 105th birth anniversary. The President graced the Marcos Day celebrations in Batac, Ilocos Norte.

During his working visit to the US, he watched Eric Clapton’s concert and the Broadway show Into the Woods.

He also met with the overseas Filpino worker communities in Indonesia, Singapore, and the US.

His most recent trip was the Formula One Singapore Grand Prix, which was his first unannounced visit to another country. – Rappler.com