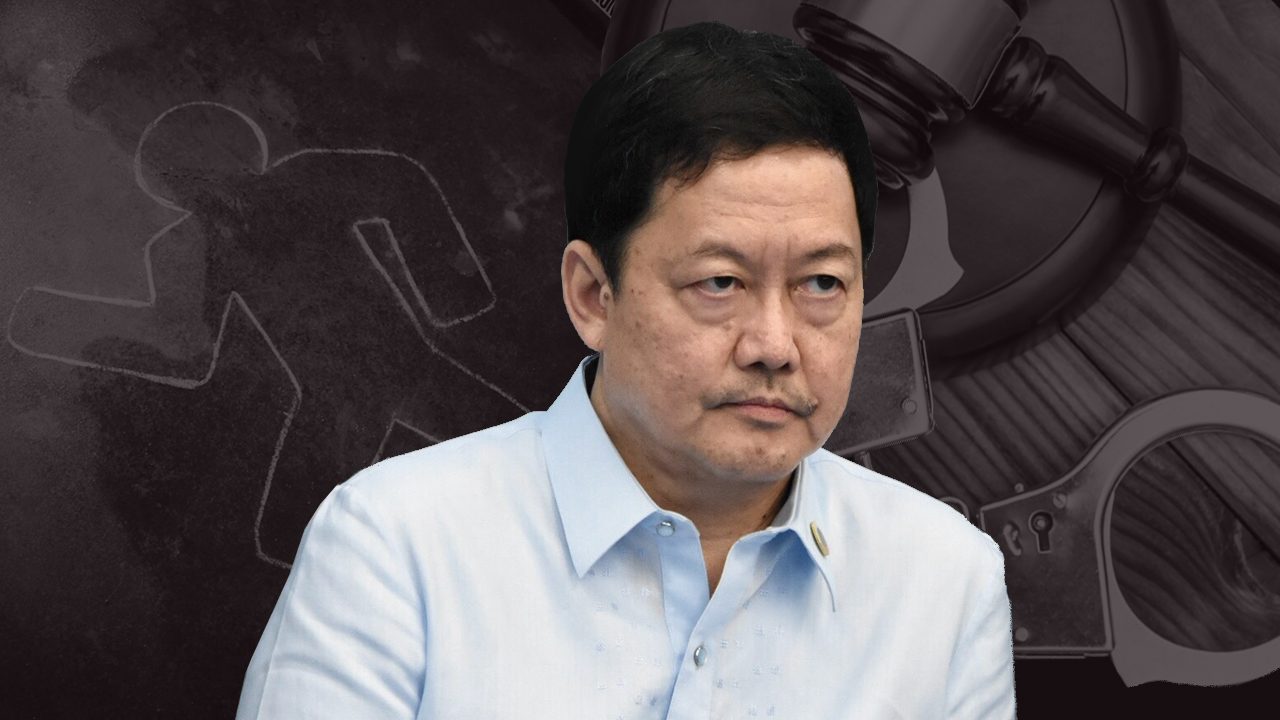 MISTRUST. There is growing mistrust between the DOJ AO 35 panel and progressive human rights groups.

The Department of Justice (DOJ) is doing a parallel investigation into the March 7 Bloody Sunday killings where 9 activists were targeted in police search operations in different provinces of the Calabarzon region – in just one sweep.

Justice Secretary Menardo Guevarra said the DOJ’s special AO 35 panel is taking jurisdiction because the victims are “members of cause-oriented groups carrying out legitimate dissent.” Is he contradicting the police narrative that they are armed communist combatants? Not quite.

Asked for a categorical statement on whether the panel has ruled out that they are armed communist combatants, Justice Undersecretary Adrian Sugay said: “These are initial determinations. We will let the investigation team do its work.”

Here’s what you need to know about this panel:

1. It was created by President Aquino

The name AO 35 comes from Administrative Order No. 35, which was issued by  former president Benigno “Noynoy” Aquino III in 2012 to look at political killings, or killings of people with known advocacies and political causes.

2. It wasn’t always used this way by the Duterte government

During the time of resigned justice secretary Vitaliano Aguirre II, progressive lawmakers slammed the AO 35 mechanism because at around 2017, the panel was recording zero cases despite the fact that dozens of killings of human rights defenders were documented in the timeframe.

It also became a point of scrutiny for opposition lawmakers at the time because while there was a demand for a clearer number on killings in the war on drugs, Aguirre used to cite AO 35 task force cases, which turned out to not have been drug-war related.

3. Its track record is poor

In the 7 years of this panel’s existence, it has produced only 13 convictions out of the accumulated 385 cases it has handled, with cases going back to the time of former president Gloria Macapagal-Arroyo. Perpetrators in a third of the cases, or 127, were cleared, with at least a dozen of them involving state agents.

4. There’s a question on what is considered a political killing

But whichever term they use – EJK or political killing – there is a mismatch. According to a tally of rights group Karapatan, there were 1,206 EJKs in the 9 years that Arroyo was president, 333 in Aquino’s 6-year term, and at least 328 so far in Duterte’s 4 years. That’s a big discrepancy from AO 35’s official total caseload of 385.

5. It considers the Calabarzon killings as political killings

Guevarra had said that if they find the cases not within the panel’s jurisdiction, they will be referred to the National Bureau of Investigation (NBI) for a regular probe.

But after a preliminary assessment, Guevarra said: “The DOJ will endorse the investigation to the AO 35 committee, as there is sufficient evidence that the victims were members of cause-oriented groups carrying out legitimate dissent.”

6. It didn’t rule out that the activists are armed combatants

The police who killed the activists in the search operations, claiming they were armed and resisted arrests or nanlaban, accused them of being armed communist rebels.

Groups said they are above-ground activists belonging to legitimate grassroots organizations, which is what Guevarra echoed when he said they were carrying out “legitimate dissent.”

But asked for a categorical statement if it has been ruled out that they are armed combatants, Sugay said: “If circumstances will eventually show that the incidents are outside AO 35’s coverage, they will simply be delisted per AO 35 protocols.”

Hundreds of killings in police anti-drug operations were not investigated due to a presumption of regularity. It’s something that Guevarra reopened by way of his highly-hyped drug war review panel created in 2020, and which found that police violated protocols in those nanlaban cases.

In the Calabarzon killings, the agents involved will also no longer enjoy presumption of regularity.

“Since there were deaths, all aspects of the police operations must be open to examination. Any findings will also help police improve their processes and to help avoid unnecessary loss of life in the future,” said Sugay.

Policemen will be asked to submit affidavits, said Sugay.

8. There is neither a timeframe nor a direct commitment of immediate complaints

The AO 35 panel has prosecutors as members, so it’s always been a point of scrutiny if the panel’s findings can already be considered an automatic complaint, or even charges, that will directly be filed in court.

In the drug war review panel, the DOJ is waiting for the Philippine National Police (PNP) to review the findings and file the complaints themselves – frustrating human rights groups even more. They said all these moves are too protracted and too delayed.

It remains vague for the Calabarzon killings.

“The AO 35 mechanisms will afford PNP personnel, if findings show that they have erred, an opportunity to answer for themselves during preliminary investigation after the conclusion of case buildup. We cannot comment any further, since the process has begun,” said Sugay.

There is also no timeline.

“We cannot put undue pressure on the AO 35 special investigation teams. The investigation into killings takes a lot of time, resources, and preparation for case buildup. We do not want to trip over anything when we rush things,” said Sugay.

9. There is growing mistrust

Progressive human rights groups have always doubted not only the efficiency but also the sincerity of the panel, given that there still has been no result from the panel’s probe into the killings of Randall Echanis and Zara Alvarez in mid-2020.

Guevarra told media the lack of result is also due to the non-cooperation from these groups, saying groups do not help bring evidence to the table.

“Who has the powers and resources to investigate and trace the witnesses in these killings and give them protection? Kami ba? (Is it us?) Maybe Secretary Guevarra needs a reminder that we don’t have these resources at hand, but the government does,” said Karapatan.

“Therefore, why is it that, with all these resources that they could utilize and mobilize to investigate the killings if they wanted to, they are failing time and time again to produce credible results?” Karapatan asked.

Progressive groups once met with DOJ officials to discuss the Echanis and Alvarez killings, and the leftist bloc at the House of Representatives has coordinated with them on these cases.

Asked if they can expound on the so-called lack of cooperation, the DOJ’s Sugay said: “I will discuss this with the team,  and will get back to you soonest.”

The AO 35 mechanism can include the PNP, which makes it tricky because policemen are the perpetrators here.

“I think [that’s part of the mistrust.] But these agencies have to be there. The institution and its members are not one and the same. One is permanent, the other is fleeting. There should be no presumption that the agency will coddle its own member if the latter broke the law,” said Guevarra.

Casey Cruz of Bayan Southern Tagalog said, “We will cooperate with the DOJ” on the Calabarzon killings.

Losing trust in the domestic process, Karapatan Secretary General Cristina Palabay said in a press conference last week that the United Nations mechanisms may be their only hope.

“Wala na po kami ibang malapitan (We don’t know who to run to anymore). My friends here will cite domestic mechanisms that are still available but we think that the more eyes on the case is most needed, especially since it’s escalating,” said Palabay. – Rappler.com