A post by Facebook page “All about Pinoy” falsely claimed that because the 1986 People Power Revolution happened, state-owned enterprises developed during the 20-year regime of Ferdinand Marcos were sold to the private sector.

(This is the EDSA [Revolution] and the freedom that they are fighting for. They exchanged an already developing country under a strict regime for a lenient administration called democracy. They abused freedom – which is why the youth today are suffering for those who were fooled by the revolution.)

This lacks context. While it is true that the Philippine privatization program was initiated during the Aquino administration, Marcos laid down the foundations for it through a presidential decree on the sale and disposition of government assets.

These decrees were proclaimed because of the growing debt and budget deficit of the country during Marcos’ last few years in power. Part of the reason for this was the mismanagement of the GOCCs.

Under Marcos, the number of GOCCs saw an “unparalleled growth,” as written in the 1991 book Deregulation and Economic Development in the Philippines. From 65 GOCCs in 1970, this increased to 303 corporations by 1984. The book said this was caused by the increase in public investments under Marcos, but was also an effect of the crony capitalism that emerged at that time, which bred corruption.

“As a result, the government suffered budgetary deficits owing to the increased number of GOCCs, their investment, and inefficiency,” wrote Katsumi Nozawa, a visiting research associate in the University of the Philippines School of Economics by the time the book was published.

Nozawa said the profitability of the GOCCs deteriorated by 1984. Billions of the GOCCs’s investment-savings gap, or the deficit between its savings and the level of savings required for business investment, were burdened on to the national capital expenditure by 1981.

Felixberto Bustos Jr, former executive vice president of the Land Bank of the Philippines, said in a 1993 Private Investment and Trade Opportunities economic brief that the formulation of the Philippine privatization program began as early as 1984 – under Marcos – as part of the World Bank structural adjustment loan for the public sector. He added that the International Monetary Fund also incorporated privatization as a requirement of its own stabilization loan package to the Philippines.

Although the intention of Aquino’s privatization program was primarily to manage the debt and budget deficit left by the previous administration, which grew exponentially in the late 1970s due to Marcos’ imprudent borrowing from international financial institutions, Nozawa said its implementation faced many challenges. These included the low accomplishment of actual revenue collection from the sale of GOCCs and the lack of capital resources of the financial market. 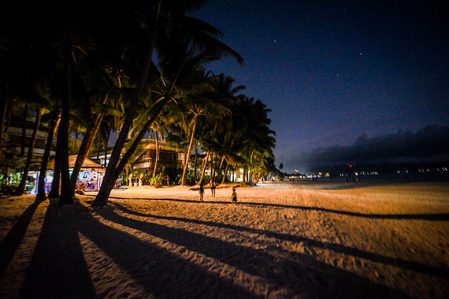 Rappler has debunked numerous claims about the Marcoses in the past, including falsehoods about the Philippine economic growth and the supposed negative consequences of the EDSA Revolution. – Pauline Macaraeg/Rappler.com