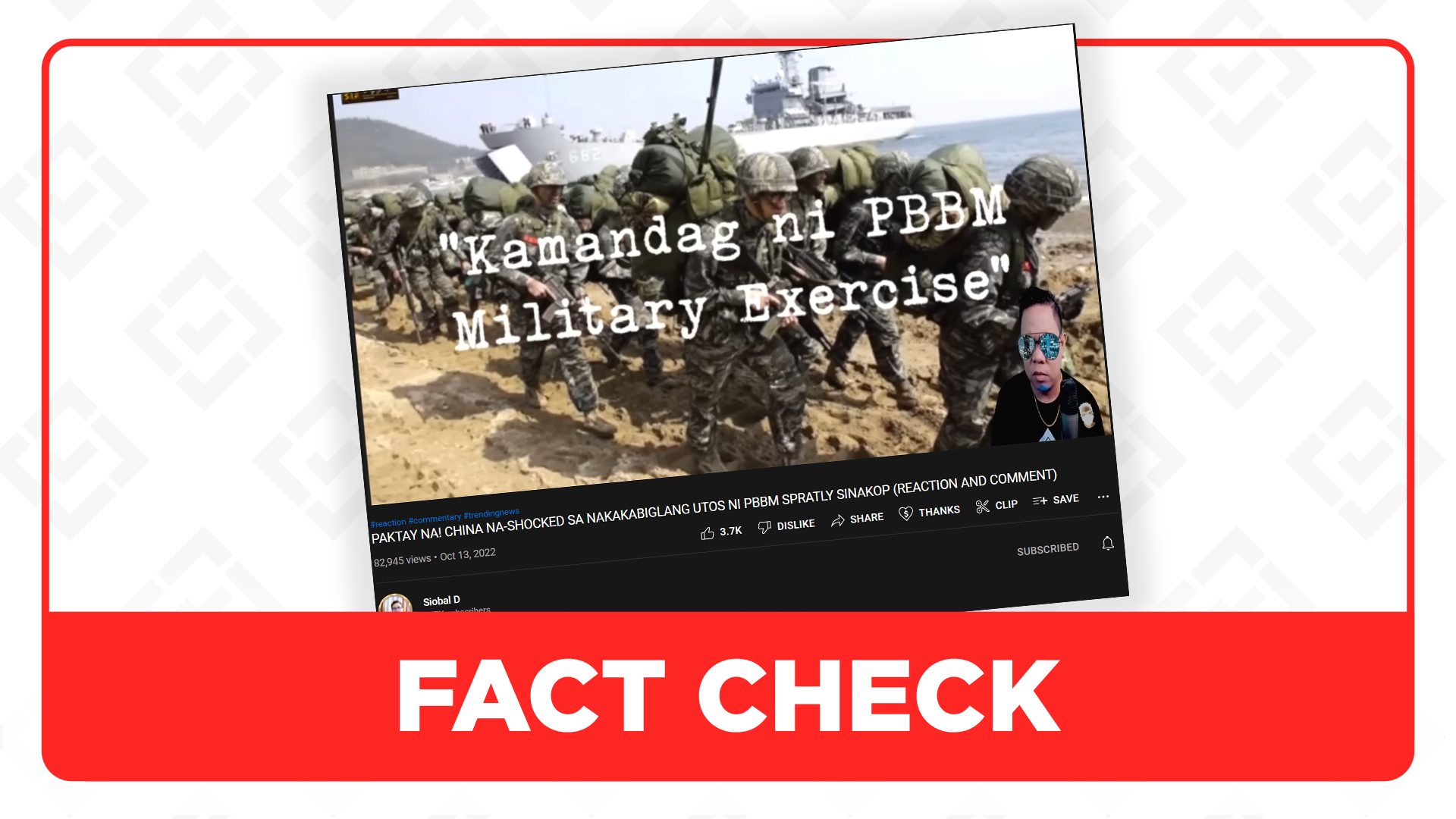 Facebook Twitter Copy URL
Copied
KAMANDAG military exercise was first held in 2017 during the Duterte administration and its sixth iteration concluded on October 14, 2022

The real name: According to the websites of the United States Indo-Pacific Command  (USINDOPACOM) and the United States Navy 7th Fleet, KAMANDAG is an acronym for the Filipino phrase “Kaagapay ng Mga Mandirigma ng Dagat.”

Annual exercise since 2017: According to USINDOPACOM, the first KAMANDAG exercise was completed on October 16, 2017. The military exercise has since then become an annual event.

According to a PNA report published on October 3, 2022, the 2022 KAMANDAG military exercise is its sixth iteration. – Lorenz Pasion/Rappler.com