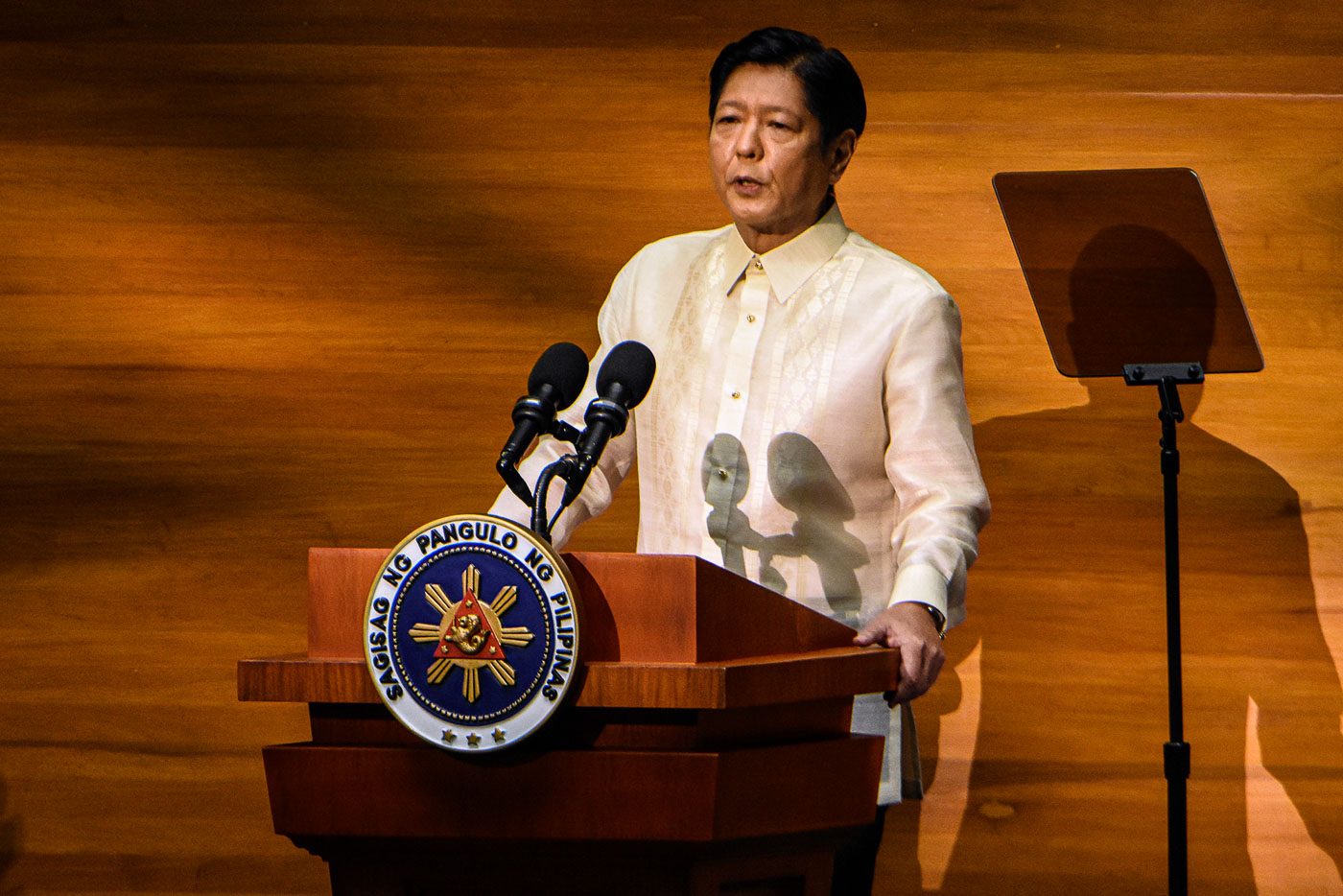 FIRST SONA. President Ferdinand Marcos Jr., delivers his first State of the Nation Address at the House of Representatives on July 25, 2022.

Claim: The Marcos family was not able to respond to the estate tax case filed against them because they were all still in the United States when it was filed.

On the 38:21 timestamp of President Ferdinand Marcos Jr.’s interview with Toni Gonzaga aired on September 13, 2022, he said: “We were never allowed to argue because when this case came out, we were all in the United States.”

Return of the Marcoses: According to Rappler and The New York Times news reports, the Marcos family returned to the Philippines in 1991.

Already in the country: According to a 1994 Court of Appeals (CA) decision affirmed by the Supreme Court in 1997, Ferdinand Marcos Jr. was already congressman of the 2nd District of Ilocos Norte when the Bureau of Internal Revenue (BIR) sent copies of the deficiency tax assessments to him.

Court-established facts: The CA decision, adopted by the Supreme Court (SC), cited a total of 30 Notices of Levy issued by the BIR on the following dates:

The court decision said: “We cannot, therefore, countenance petitioner’s insistence that he was denied due process.”
Simply ignored: Former SC justice Antonio Carpio said in a Philippine Daily Inquirer column published on September 30, 2021, that “the BIR made sure that proper notices were given to Imelda Marcos” and “the Marcos heirs simply ignored all the notices sent by the BIR.”

“The Marcos heirs simply ignored all the notices sent by the BIR. However, when the BIR served notices to the Marcos heirs that real properties in the name of Ferdinand Marcos would be auctioned off to pay the estate tax, Bongbong Marcos filed a petition with the Court of Appeals questioning the validity of the estate tax assessment on the flimsy ground that the BIR had no jurisdiction over the assets of the deceased Marcos because the assets were in the custody of the probate court.”

“The Court of Appeals dismissed Bongbong Marcos’s petition on the ground that the estate tax assessment had already become ‘final and unappealable,’” Carpio said. – Lorenz Pasion/Rappler.com