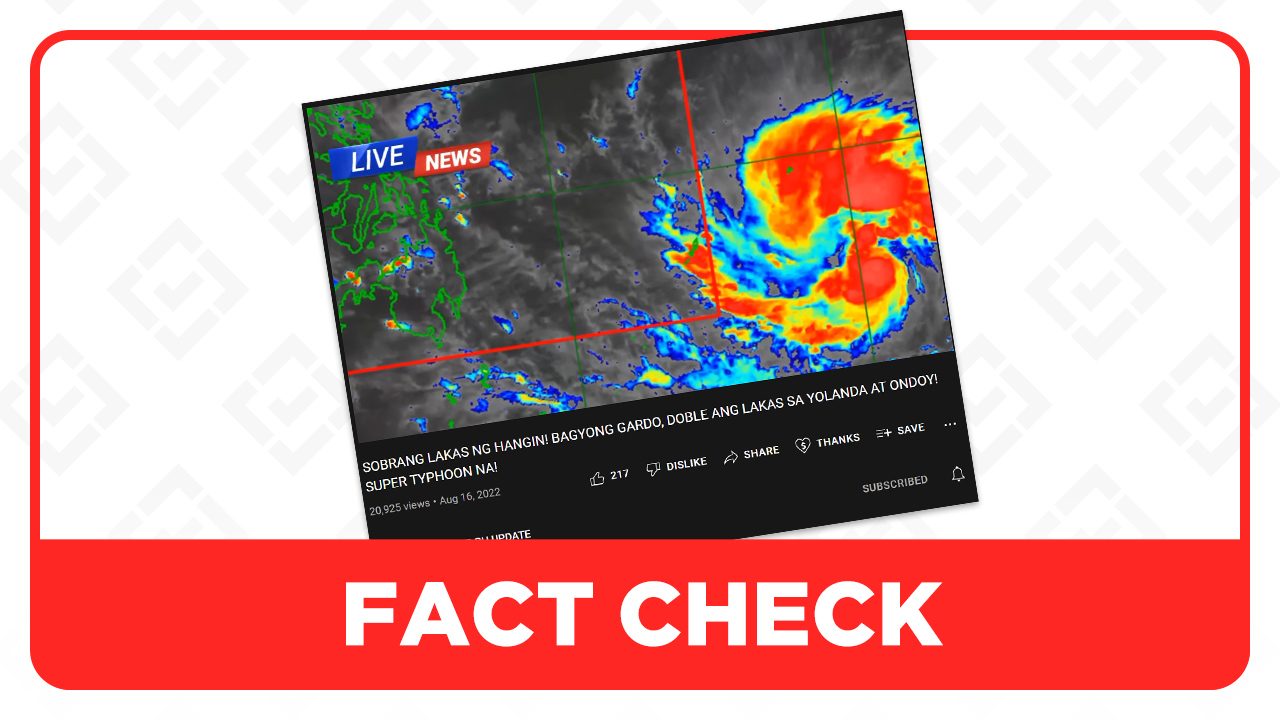 Facebook Twitter Copy URL
Copied
According to PAGASA, there were no super typhoons inside the Philippine Area of Responsibility at the time the video was posted on August 16, 2022

Claim: A tropical cyclone named Gardo, classified as a super typhoon with a strength double that of Super Typhoon Yolanda (Haiyan) and Tropical Storm Ondoy (Ketsana), has entered the Philippine Area of Responsibility (PAR), according to a YouTube video posted on August 16, 2022.

Why we fact-checked this: The post containing the claim has over 20,000 views on YouTube, as of writing.

No storms in PAR: As of 4 pm on August 16, when the video was first posted, the Philippine Atmospheric, Geophysical, and Astronomical Services Administration (PAGASA) said there are no tropical cyclones inside PAR.

According to PAGASA, the amount of accumulated rainfall measured in a span of 24 hours during Ondoy was 455 millimeters.