FALSE: PH under Marcos was ahead of China in missile development 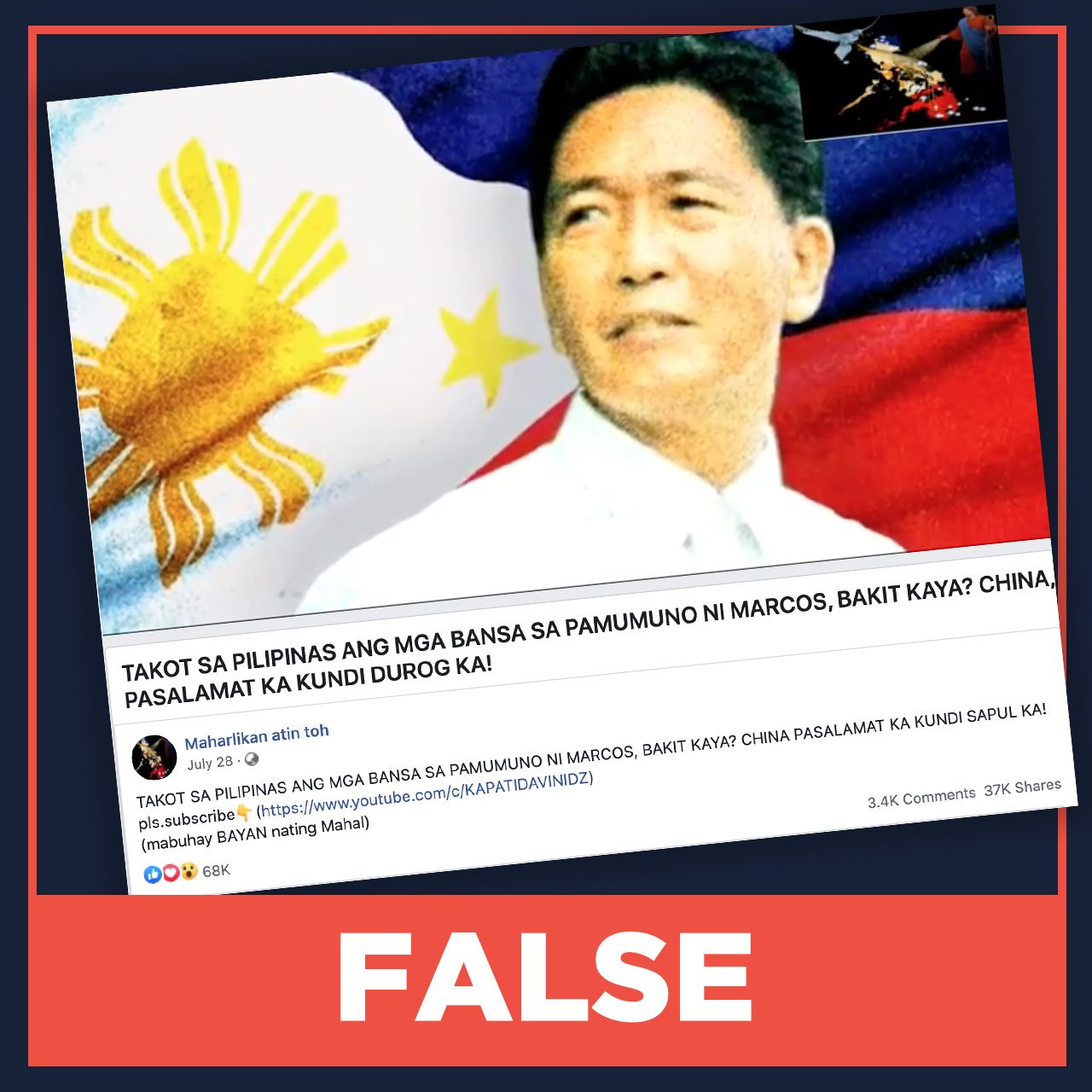 Facebook page “Maharlikan Atin Toh” posted a video on July 29 that said the Armed Forces of the Philippines, during the dictatorship of Ferdinand Marcos, developed a missile system way ahead of the People’s Republic of China.

This is false. China launched its first nuclear missile on October 26, 1966, while the Philippines started test-firing rockets in 1972.

The basis for the claim was the Santa Barbara Project, an undertaking that involved the building of rockets that were test-fired in Caballo Island 37 times from 1972 to 1980, according to the Philippine Navy.

In celebration of the 41st anniversary of the Marcos-initiated project, the Philippine Navy, on its website, said that although the “fuse detonation performance” was at 100% in tests during the development phase, an additional 30 dynamic tests were still needed for the weapon system’s firing table.

Meanwhile, China started its missile development as early as 1960. By virtue of the Sino-Soviet Treaty of Friendship, Alliance and Mutual Assistance signed in 1950, designs and other related technology of Soviet-made R1, R2, and R-11F missiles were transferred to the Chinese. These then became the basis of the Dong Feng (DF) or East Wind missile series that was first tested in the late 1960s.

Formerly designated as the Second Artillery Corps, the DF series was established in Beijing on July 1, 1966. Come October 26 of the same year, the Chinese launched their first nuclear missile. A Chinese Army marshal said it was “deadly accurate.”

An initial sample of China’s first “modern” missile was the DF-3A. Live firings of the DF-3A, which possibly represented training exercises, reportedly took place in mid-1969. By late 1971, a limited number of intermediate-range ballistic DF-3As were deployed.

As of writing, the video had over 1.8 million views, 37,500 shares, 68,700 reactions, and 3,400 comments. It was spotted on the social media monitoring tool CrowdTangle. Though it was posted in July, it was still being shared on Facebook as of Wednesday, November 11.

Rappler already debunked similar claims on the supposed development of the Philippines under the Marcos regime, including claims that the Philippines was the richest country in Asia during the Marcos years and that Marcos built the first airport in Asia. – with reports from Owen Cinco, Pauline Macaraeg/Rappler.com