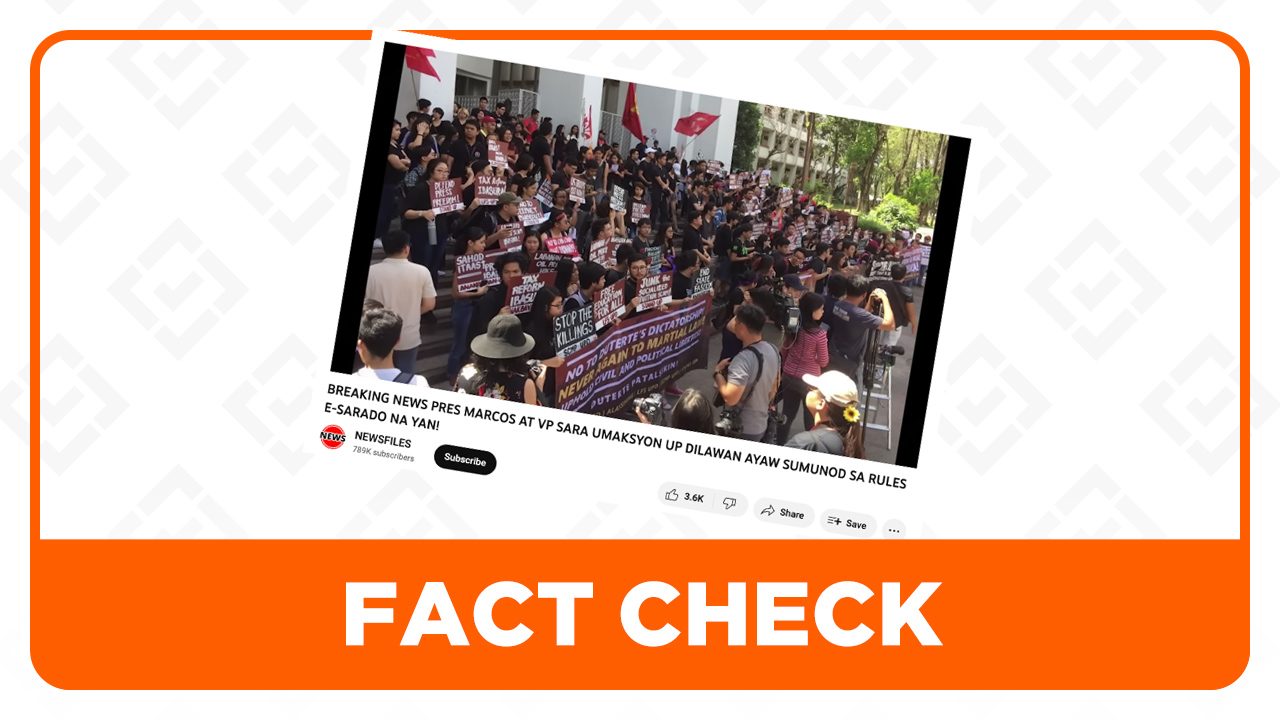 Facebook Twitter Copy URL
Copied
Marcos did not mandate the return of in-person classes for colleges and universities. On July 13, the Commission on Higher Education said it cannot require all higher educational institutions to do face-to-face classes.

Claim: The University of the Philippines refused President Ferdinand Marcos Jr.’s orders to fully open the university for face-to-face classes.

(The University of the Philippines is stubborn and does not want to follow President Bongbong Marcos. Even senators are already mad at the UP administration. The students are stubborn. The president and professors in UP are also supposedly stubborn. They don’t want to impose the face-to-face classes that the government wants to implement.)

Why we fact-checked this: The video was published by the YouTube channel “NEWSFILES,” which currently has 787,000 subscribers. As of writing, the video with the claim has garnered 162,000 views, 1,500 comments, and 3,500 likes.

The facts: Marcos did not mandate the return of in-person classes for colleges and universities. On July 13, the Commission on Higher Education (CHED) said that it cannot require all higher educational institutions to conduct face-to-face classes. This statement was released a day after the Department of Education ordered all basic education schools to shift to in-person classes by November.

According to CHED, it will let the universities and colleges decide what the appropriate mode of learning will be according to what is applicable to them. CHED chairperson Prospero de Vera III said, “Some degree programs really need a lot of face-to-face, especially skills-based programs, while other programs can be delivered via flexible learning. So we are leaving it to the universities to decide what is the appropriate mix.”

It is also noted that UP is already holding full face-to-face classes for laboratory, studio, and practicum courses, among others. Some of its constituent universities are already fully implementing in-person classes in all courses in the first semester of the current academic year.

Meanwhile, as early as July 2021, UP Manila began holding 100% face-to-face classes for its courses in the public health disciplines. – Sandra Benig/Rappler.com

Sandra Benig is a Rappler intern. This fact check was reviewed by a member of Rappler’s research team and a senior editor. Learn more about Rappler’s internship program here.