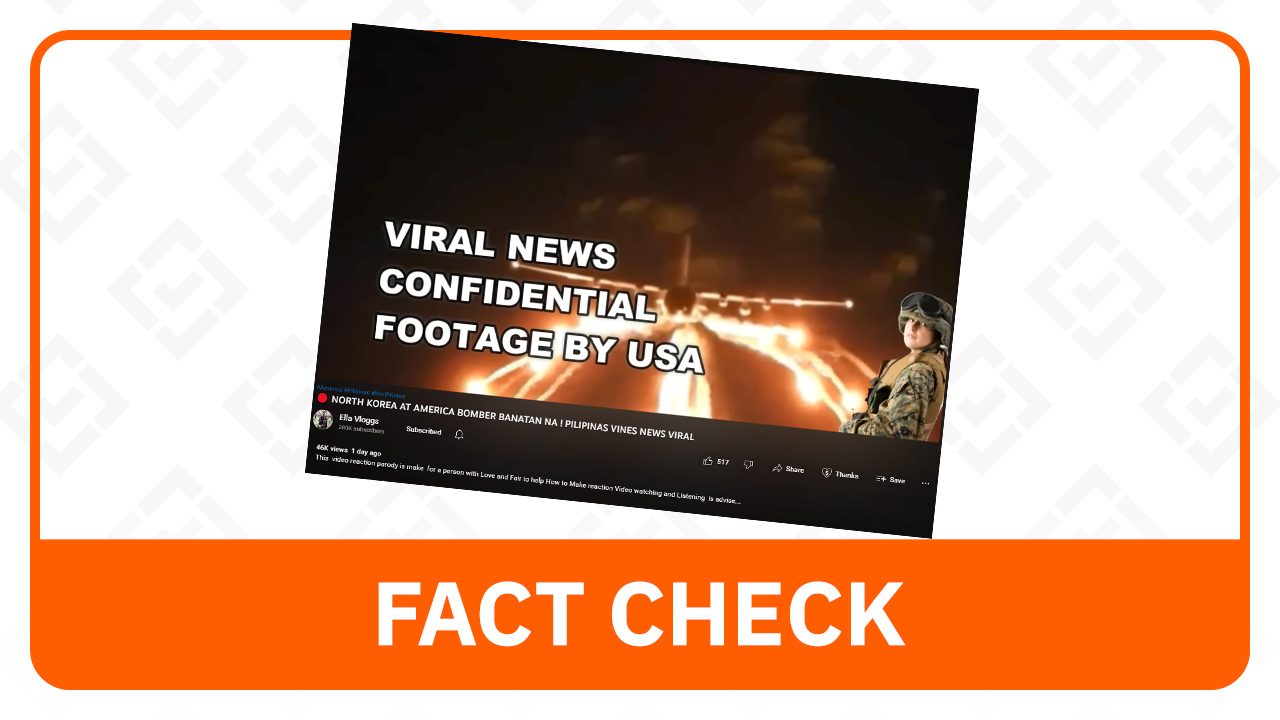 Facebook Twitter Copy URL
Copied
Reverse image search shows that the video clip was taken at the Antidotum Airshow Leszno 2022 in Poland on June 17, 2022, and not of a US warning shot to North Korea

Why we fact-checked this: The YouTube video containing the claim has over 527 likes and 46,035 views as of writing.

Taken in an airshow: Reverse image search shows that the video clip shown was first posted by YouTube channel Laatov23 on June 23, 2022.

According to the original YouTube post of the video, the video clip shows a C-130 Hercules deploying flares at Leszno-Strzyżewice (EPLS) Airport in Poland during the Antidotum Airshow Leszno 2022 in Poland on June 17, 2022.

Another video taken during the airshow, by YouTube channel Reg Hunter, also showed the performance of the C-130 Hercules at the 3:08 timestamp of the video.

US activity in Korea: The United States deployed B-1B strategic bombers during the US-South Korea military exercises on November 5, 2022.

The allied exercise involved some 240 military aircraft and two US B-1B strategic bombers, as well as four F-16 and four F-35A fighters, according to South Korea’s Joint Chiefs of Staff. – Lorenz Pasion/Rappler.com