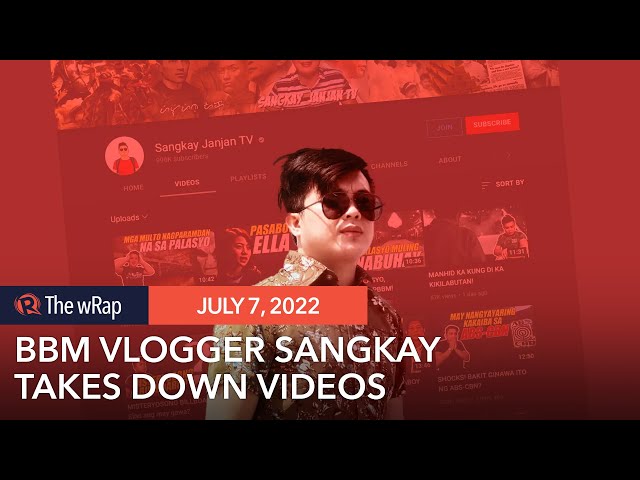 MANILA, Philippines – Rappler learned Wednesday, July 6, that vlogger Sangkay Janjan took down 167 of his YouTube videos, some of which violate the tech platform’s policies on harassment and COVID-19 disinformation.

This came after a Rappler investigation that reviewed Sangkay Janjan’s videos from December 2, 2017 to June 14, 2022. The investigation identified the common themes and conspiracy theories amplified in his vlogs, as well as the frequent targets of his attacks. 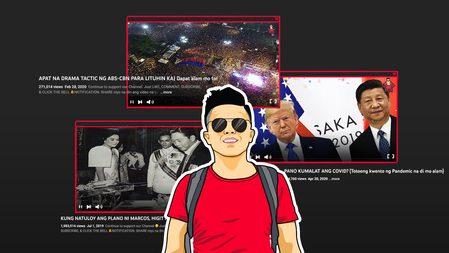 Sangkay Janjan, or John Anthony Jaboya in real life, currently boasts of a YouTube audience of over 996,000 subscribers. He is also the vice president for internal affairs of the newly-created ​​United Vloggers and Influencers of the Philippines (UVIP), formed to lobby for vlogger access to Malacañang. Among UVIP’s members, Jaboya has the largest YouTube audience.

On Wednesday, Rappler conducted a second scan of Jaboya’s YouTube videos and identified which of his uploads were no longer available. Videos Jaboya had taken down were posted from 2019 to 2022.

Of the 167 videos, 151 were removed by Jaboya, while the other 16 were switched to private.

Many of these videos violated YouTube’s harassment policies, which state that content which repeatedly targets an “identifiable individual…across several uploads” may be removed, although only in rare cases.

53 of the unavailable videos were attacks on former vice president Leni Robredo. Jaboya had started attacking Robredo in 2020, and Rappler found there was a significant spike in his anti-Robredo videos in 2022, in the lead-up to the election.

Jaboya has been heavily promoting the Marcos family since he created his channel in 2017, and Robredo was the closest rival of Ferdinand “Bongbong” Marcos Jr. in the 2022 presidential election. (READ: On social media, it’s a two-way presidential race between Marcos, Robredo)

Other critical figures who were attacked in the now-unavailable videos included Kakie Pangilinan, daughter of former senator and 2022 vice presidential bet Kiko Pangilinan, as well as actress Angel Locsin, who supported Robredo in the recent election.

Jaboya also took down 24 videos related to COVID-19, some of which amplified conspiracy theories explicitly prohibited in YouTube’s medical disinformation policies. In a video from April 2020, he linked the virus to the New World Order conspiracy theory, and baselessly claimed that billionaire Bill Gates was planning to develop a COVID-19 vaccine that could contain the “mark of the beast.”

In a May 2020 video, Jaboya falsely claimed the global elite was using 5G networks to intensify the spread of COVID-19 in a bid to reduce the global population. (FALSE: 5G networks are connected to coronavirus outbreak)

YouTube policies also state that channels or accounts can be terminated if they repeatedly violate the platform’s community guidelines.

Rappler also reached out to YouTube, but the tech company has yet to respond as of writing. We will be updating this story as soon as we receive a response. – with reports from Dylan Salcedo/Rappler.com