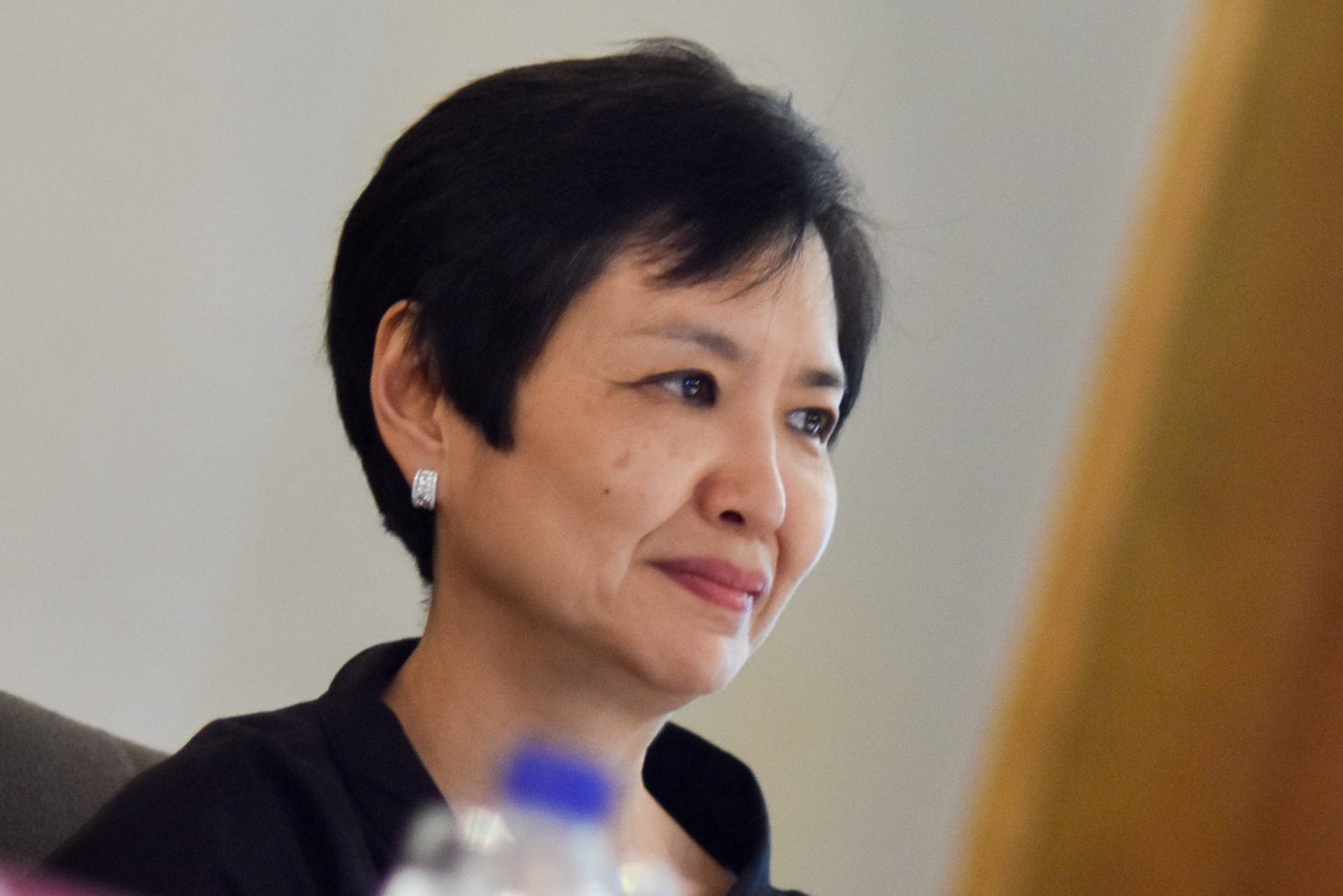 Facebook Twitter Copy URL
Copied
From her kidnapping to her wedding day, John Gokongwei's eldest daughter shares some of her most cherished memories of the late tycoon

Instead of tears, the room was filled with laughter on the first day of John Gokongwei’s wake.

On Monday, November 11, the tycoon’s eldest daughter, Robina Gokongwei Pe, shared some of the funniest stories she had growing up with her father.

Even during the last weeks of her father’s life, Robina said that she was amazed and amused at just how much of a workaholic her 93-year-old dad was.

“He had been lying in bed for 6 weeks, unable to speak well because of a tube in his mouth. Other patients would ask for food. He kept asking for company financial reports,” Robina said, eliciting loud laughter.

Gokongwei never retired at 60 and retained influence over his empire, JG Summit, even during his 90s. As of the 1st half of 2019, the company’s net income soared by 79%, recovering from the impact of high inflation from last year.

She also said that despite being very rich, John was kuripot or close-fisted with cash. The billionaire was also not known for his fashion style and often wore baggy clothes. (READ: How John Gokongwei built his empire from selling peanuts)

“When I got married in Hong Kong in 1993, he did not even bring with him a new suit…He did not even think of buying a tuxedo, he decided to rent one! And he was so happy that the rental company had his size – double XL shirt, size 44 pants,” Robina said.

John was also known for always being in a hurry and could devour a meal within 5 minutes.

“He was so excited that during the wedding ceremony, he walked ahead of me and my mom got mad at him and said, ‘Please wait for the bride!’‘” The room roared in laughter again.

Robina also shared how her father let her and her siblings work up the ladder to learn the valuable lesson of perseverance and humility.

“He said if you don’t start at the bottom, you’ll never know who your customer is, and you’ll never know the issues of your staff…He even made sure I started in the bodega (stockroom), the only place where there is no air-conditioning, and he told the [human resources] head that I had to time in and time out,” she said.

As Robina became more involved in the business, her father continued to encourage her and advised her not to be afraid of making mistakes.

While the siblings trusted their father for his business acumen, Robina admitted that there was one point in her life that got her to somewhat question her late father’s strategy: letting kidnappers keep her.

Robina was kidnapped in 1981 with her cousin Celina Chua on their way to the University of the Philippines. The clan did not pay for ransom.

(I thought you were the only child, but there are apparently 6 of you! Your father said, you can be given away because there are 5 more.)

After a week of being held captive, they were rescued by now-senator Panfilo Lacson, who used to be with the Philippine Constabulary-Metropolitan Command. John was apparently working with Lacson for their freedom and stalled the kidnappers.

In 1981, I instructed him not to sound intimidated while negotiating for Robina’s ransom snapped at her kidnappers, “10M? Do you know how long it’ll take me to count that much money? You can have my daughter!” I said, not too bold either Mr John.
Rest In Peace, John Gokongwei Jr.

What was once a life-threatening moment, Robina can now casually talk and laugh about.

Robina’s eulogy was humorous, yet loving. She also thanked her father’s bodyguards and nurses for staying with him until his last breath.

“Get some rest, Dad. We will look at the financial statements for you,” Robina said. – Rappler.com