'LITTLE PRESIDENT.' Marcos' Executive Secretary Atty. Vic Rodriguez speaks to the media at the Uniteam headquarters in Mandaluyong City on May 26, 2022.

Facebook Twitter Copy URL
Copied
Rumors circulated Friday that he's leaving the Marcos Cabinet, given pressure from other people with close ties to the President 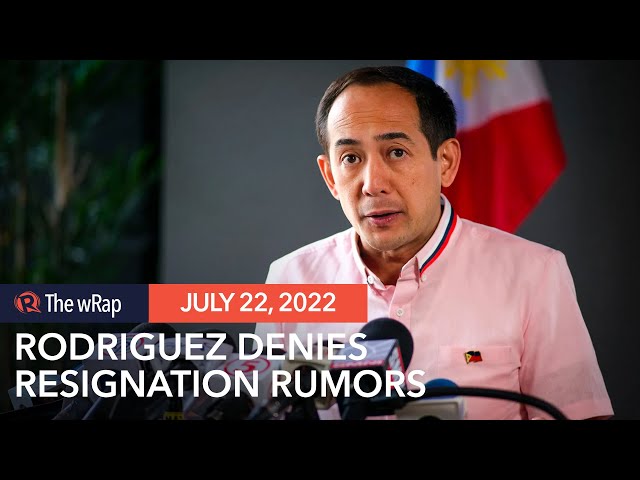 Social media was abuzz on Friday morning, July 22, amid rumors that President Ferdinand Marcos’ executive secretary, Vic Rodriguez, had quit, supposedly due to pressure from the chief executive’s inner circle.

But Rodriguez – a long-time Marcos aide – was quick to shut down the gossip on Friday afternoon.

“I don’t know how the rumor started,” Rodriguez told reporters. “I am still here in my office.”

Rodriguez made the clarification during a sudden courtesy call with officers of the Malacañang Press Corps, although they had made the request weeks ago.

The source of the rumors became subject of speculation. Did they emanate from a camp with an agenda to unseat Rodriguez and replace him with someone else? Were they instigated by a group displeased with reports that the Executive Secretary, who also sits in the search committee, had allegedly vetoed certain appointments? 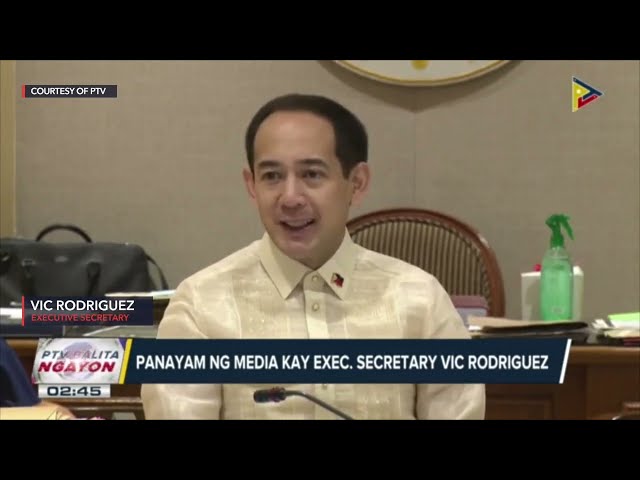 Reporters got to ask him directly about allegations supposedly traced to a religious group that he asked for P100 million allegedly to secure posts and promotions. His reply in a mix of English and Filipino: “We cannot be held to explain something that is unverifiable or just a rumor because we don’t want to end up explaining something that need not be explained.”

While Rodriguez was quick to dismiss the reports, he also acknowledged that any presidential appointment could be temporary and that all appointees serve at the pleasure of the President.

“All of us in the Cabinet…I think it must be clear that the moment he or she accepts the nomination and the request coming from the President to help him serve and run the country, I think automatic ‘yun. The moment you said yes, automatic na rin, tinanggap mo na rin anytime you will be asked to leave. But until that happens then you stay.”

He continued, “‘Pag tinanggap mo, implied ‘yung written sa agreement na ‘yan na anytime you may be also asked to leave. So malinaw dito sa (When you accept the appointment, the written agreement implies that anytime you may also be asked to leave. It’s clear here in the) present administration that all those serving under President Marcos, that the moment the President asked you to serve under his leadership, it goes without saying that there’s no permanence.”

A veteran lawyer, Rodriguez was a long-time chief of staff of Marcos. He was his spokesman during the campaign season, when Marcos avoided media interviews.

Fondly called the “little president,” executive secretaries have been tasked to directly assist the Philippine president in the management of national affairs. They oversee paperwork, while staying loyal to the chief executive. – Rappler.com