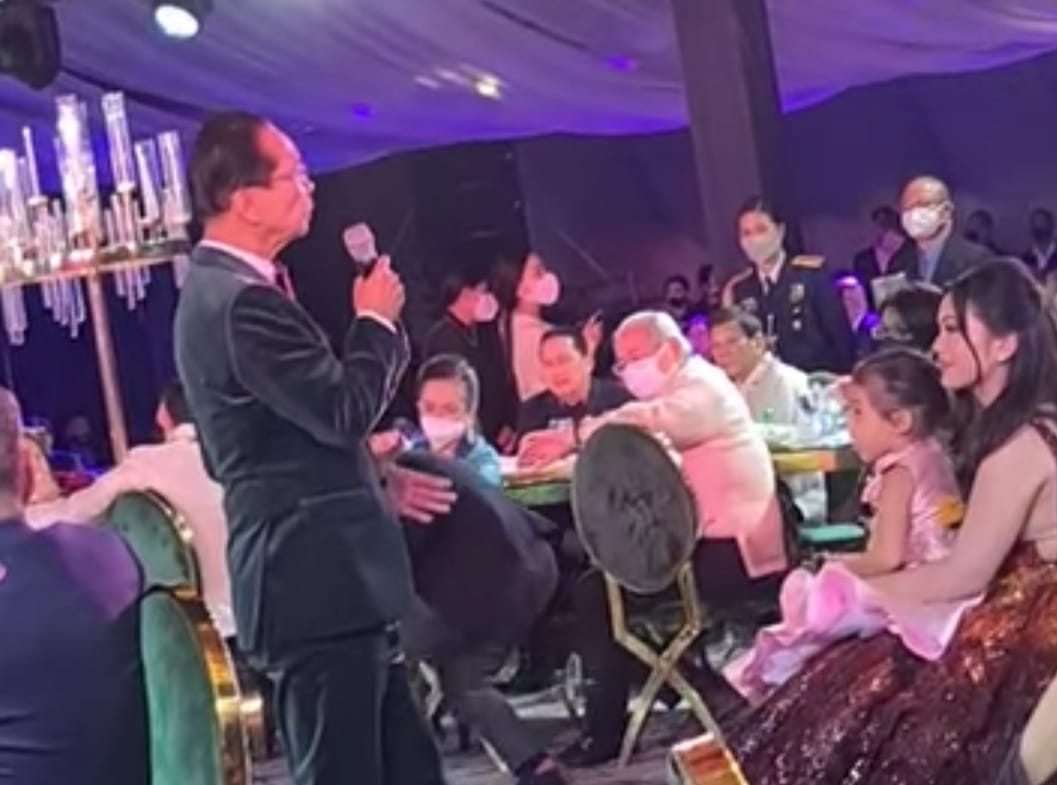 Controversial doomsday preacher Apollo Quiboloy rubbed elbows with the rich and mighty at a grand party thrown in time for the 18th birthday of President Rodrigo Duterte’s youngest child, Kitty, in Davao City on Saturday, April 9.

Quiboloy and two of his associates in the Davao-based Kingdom of Jesus Christ church (KOJC) are fugitives in the United States. They are wanted by the Federal Bureau of Investigation (FBI) for a string of criminal cases that include sex trafficking and money laundering.

The US has yet to initiate proceedings for the extradition of the Davao-based preacher, who has been accused by the FBI and California-based federal prosecutors of being a sexual predator.

But, on Saturday night, he went out to party like a VIP and joined the First Family in marking the coming-of-age of the youngest presidential daughter at the posh Dusit Thani Hotel.

Photos circulating on social media showed Quiboloy mingling with other party-goers, socializing, and striking poses with other guests for photographers.

One photo showed him with a group that included the Arroyos and the Villars – he stood in the middle, sandwiched between the ex-president and Senator Cynthia.

He sat next to his close friend Duterte and the President’s partner and the debutante’s mother, Honeylet Avanceña, at the main banquet table.

The septuagenarian, who proclaims himself the “appointed son of God” and is seen with supernatural powers by his many followers, is living the life of an aristocrat with strong connections in government and the country’s seemingly untouchable ruling elite.

He is scheduled to be tried in the US in 2023 along with his associates Helen Panilag, Guia Cabactulan, Marissa Duenas, Amanda Estopare, Felina Salinas, Teresita Dandan, Bettina Roces, and Maria de Leon.

De Leon has agreed to plead guilty and testify against Quiboloy’s group, a development that the preacher’s lawyers downplayed as something with little impact on their defense. – Rappler.com