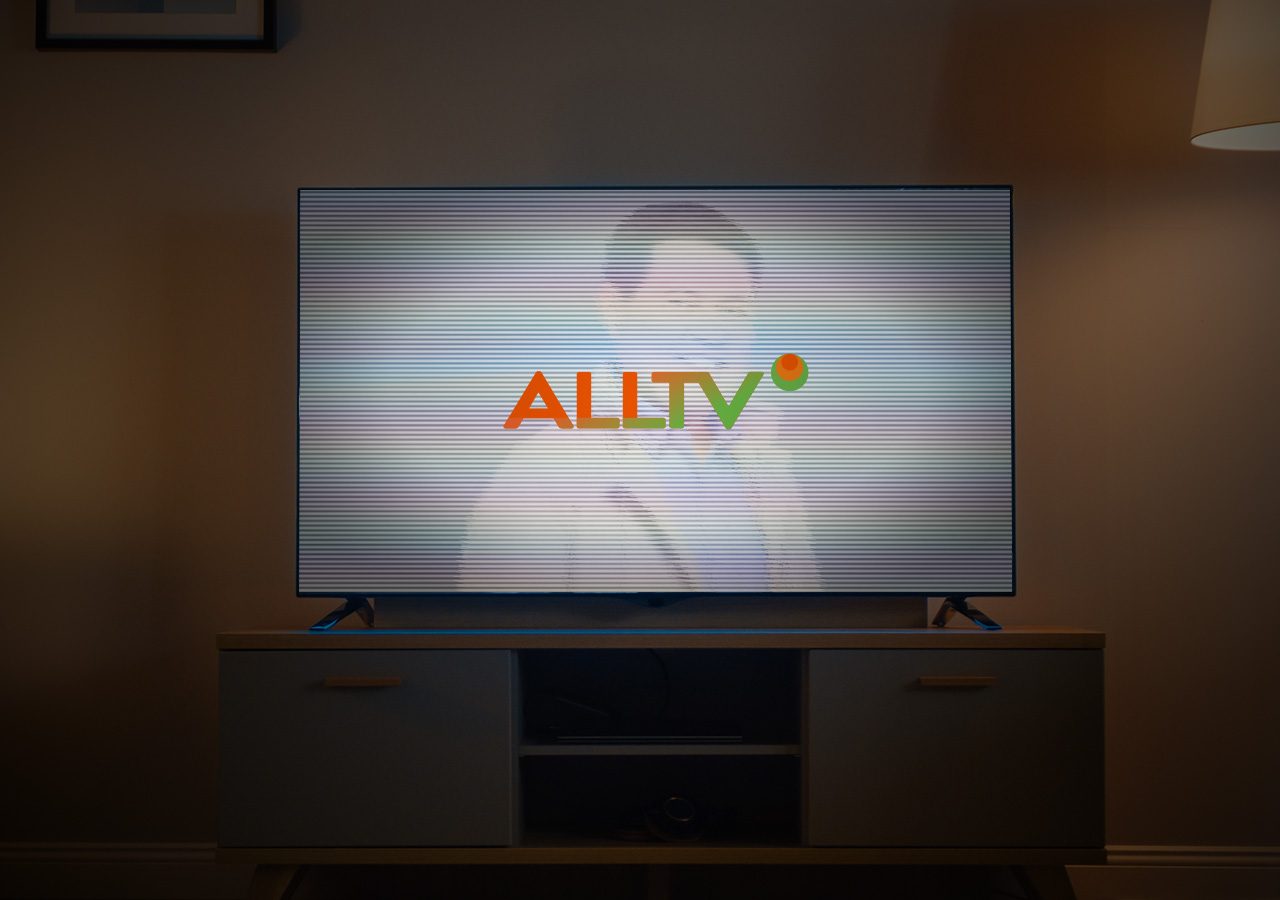 Facebook Twitter Copy URL
Copied
ALLTV rose from the ashes of ABS-CBN, benefitting from the previous administration's targeting of the former Channel 2. Will the new administration's 31 million voters give it wings?

Willie Revillame, the network’s top host who’s playing a key role in forming the channel’s programming, is aware of the painful history of how the network acquired the frequency.

In the very first episode of his show Wowowin on ALLTV, which up until the transfer was shown on GMA Network in February 2022, the host called on audiences to be happy that, among other reasons, the new network would be able to give former ABS-CBN cameramen and other crew members work.

“Isipin ‘nyo ‘yung mga nawalan ng trabaho,” he said. (Think of those who lost their jobs.) Persuading the audience, he said, “‘Di namin kayo pipilitin, pero gagawin namin ang makakaya namin.” (We won’t force you but we will do what we can.) Revillame himself was a longtime talent of ABS-CBN before he moved to GMA.

It was Congress that rejected ABS-CBN’s franchise renewal in 2020 – a move that former president Rodrigo Duterte admitted influencing with his presidential powers. In his last days as president in June 2022, Duterte said at an oath-taking for newly-elected local government officials, as reported by CNN: “Kaya tinira ko talaga [ang ABS-CBN].” (That’s why I really targeted them.)

“I used the presidential powers to tell Congress that you are dealing with scoundrels and if you continue to kowtow with them, kawawa ang Pilipino (Filipinos would be pitiful),” said Duterte.

On January 25, it was a Duterte ally who received the former ABS-CBN frequency, former senator Manuel “Manny” Villar, whose son, Senator Mark Villar, had served as Duterte’s public works chief. The National Telecommunications Commission said then that it had sought the legal opinion of the Department of Justice and the concurrence of the Office of the Executive Secretary in making the decision. As we had pointed out then, Manny Villar’s daughter-in-law Emmeline Aglipay-Villar is a justice undersecretary. Emmeline is the wife of Senator Mark Villar.

Las Piñas City Representative Camille Villar, Manny’s daughter, was also among those who rejected ABS-CBN’s bid to have their franchise renewed.

The writing may be on the wall, but Manny Villar has since emphasized that this was a purely business move. When asked whether his media foray was motivated by retaliation against ABS-CBN, the Philippines’ richest man told Forbes in August 2022: “I’m in AMBS (the company operating ALLTV) for business, not for anything else. Revenge – I learned in politics – will get you nowhere.”

“The opportunities in the media industry are very exciting,” Villar told Forbes, also saying that he sees the synergies between his new media venture and his other businesses. “I believe in the power of communication. That is the future,” Villar said.

Villar’s failed presidential bid in 2010 was hurt by a controversy involving a C5 road project that would have allegedly benefited Villar-owned properties. ABS-CBN covered this scandal vigorously. Villar lost the presidency to the late Benigno “Noynoy” Aquino III.

In the same Forbes article, Villar said that the road controversy wasn’t the main reason he lost. Indicative of his sentiment toward the TV network whose channel he now owns, he said, “What really affected my candidacy was the death of [former president and my opponent’s mother] Corazon Aquino, who was featured by ABS-CBN as a saint…I was running against the son of a saint.”

Yet in a Nikkei Asia profile of Villar published in August 2022, an industry watchdog pointed out the network’s potential as a political tool. “If it’s going to be held by a conglomerate or under an enterprise directed by someone whose interests are so widespread – the Villars, with members of the family in political office – then you’re worsening the already bad state of political economy or media economy by assigning the power of the media for their use,” Melinda Quintos de Jesus, executive director at the Center for Media Freedom and Responsibility, told the publication.

It doesn’t help that TV operators are beholden to the government, which provides licenses, as Nikkei noted: “The launch of AMBS could revive thousands of media jobs lost in the aftermath of ABS-CBN’s closure. But AMBS’s entry into Philippine airwaves is unlikely to fix the fundamental problem facing the broadcast media: operating licenses are granted by politicians. This means other TV companies perceived as adversarial to the sitting power could suffer the fate of ABS-CBN.”

Revillame was quoted that same month as saying that “The [Villar] family won’t meddle” and that the network will only report the truth.

Villar isn’t the first mogul nor probably even the first Manny (Pangilinan) to own a big media business, but he is probably the one with the clearest political ties.

Pangilinan – whose businesses include PLDT, Smart, and Meralco – and his ownership of TV5 is representative of the wider issue of big business owning media businesses. In a 2016 Media Ownership Monitor report by Reporters Without Borders, they found that cross-media ownership concentration in the Philippines is high, often found in the hands of wealthy clans and individuals, including Pangilinan, and the owners of ABS-CBN and GMA.

Villar, the Philippines’ richest individual (second however to the combined wealth of the Sy siblings) in Forbes’ 2022 richest list, and his new venture into media does nothing to alleviate that issue.

To quote Sheila Coronel, founding executive director of the Philippine Center for Investigative Journalism, from an interview with ANC in 2020, and later reported by the Philippine Collegian: “Media owners have other business interests. They do not want to upset any regime, not just Duterte. They do not want to upset the powers that be because they fear that their businesses will not thrive or that there will be vendetta against their businesses if they become too critical.”

Overseas, Washington Post journalist Erik Wemple, whose newspaper is owned by tech mogul and Amazon founder Jeff Bezos, also once noted the difficulty of covering the company that your boss owns. “The difficulty is always one of self-censorship. That’s a serious concern of any news organization that has a mogul running it,” he said.

Willie Revillame has gone on record about how Wowowin’s current primetime slot of 7 pm to 830 pm reflects the network’s desire to edge out evening news. The timeslot has historically been dominated by two news programs, GMA’s 24 Oras and ABS-CBN’s TV Patrol, respectively.

(I think, at the dinner table, when we’re eating, and what you get to watch is bad news, that’s not good to the eyes and ears of children…We shoudn’t watch unpalatable news. It gets us down…That’s why what we’re doing is that from 7 pm to 8:30 pm, while the family eats, it’s us [Wowowin] that you’re with.)

How will it affect the information ecosytem?

While TV news consumption is now less than online news consumption, according to Reuters’ 2022 digital news report, free TV still has a huge audience. After all, 60% of Filipinos still list TV as a source of news compared to 88% who list online sources. However, the figure of 60% is a decline from 2021, when 66% of those surveyed listed TV as a source of news. With Wowowin moving into the time slot, logic would seem to point to TV news viewing continuing to go down.

In the same report, GMA news programs currently lead in audience share, and ABS-CBN, despite having been curtailed, sits at second. CNN, which holds a 6-7 pm block on ALLTV, is at a distant third among TV stations, followed by TV5.

One strategy that ALLTV appears to be banking on are properties or personalities with an online following, likely hoping the online audience would translate to TV viewership.

Pro-administration host Toni Gonzaga’s online talk show, Toni Talks, has a 5-6 pm slot on ALLTV, while broadcaster Anthony Taberna is already under contract. Both have been supportive of President Ferdinand Marcos Jr., with Gonzaga being a major part of Marcos Jr.’s election campaigns, as Taberna was during the campaign period. He even once falsely claimed that Aika, the daughter of Marcos’ election rival Leni Robredo, had staged a sex video scandal.

Gonzaga’s Toni Talks episode in September 2021 featuring then-presidential candidate Marcos drew flak for glossing over the bloody parts of the senior Marcos regime’s history. The first-ever Toni Talks episode shown on ALLTV featured a reprise from Marcos where he claimed that his father was not a dictator.

Also present during ALLTV’s launch program were actresses Ella Cruz (who herself figured in a controversy over her “history is tsismis” quote) and Ruffa Gutierrez, who played roles in the pro-Marcos movie Maid In Malacanang. Host Mariel Padilla – who also campaigned for Marcos Jr. with her husband Robin Padilla who was on the then-presidential candidate’s Senate slate – was among them, too.

An aside: Actress Julia Barretto, who appeared to have been the odd one out, as far as recent political affiliations go, having supported Leni Robredo in the recent campaign, was also present. A number of older ABS-CBN teleseryes are also part of the current ALLTV programming, including the one Barretto stars in. Tabloid Abante.com.ph came out with a story “Julia tinaasan ng kilay sa launch ng ALLTV” (Eyebrows raised for Julia’s presence at ALLTV launch), saying how some netizens pointed out that Barretto’s family had been a supporter of Leni Robredo.

Indeed, ALLTV has a polarizing celebrity roster, plus an owner saddled with political ties unappealing to those who have been against Rodrigo Duterte and those who have not easily forgotten efforts to whitewash the Marcos regime. Or how this channel’s frequency was acquired.

Then again, on the opposite polar end you have the 31 million who voted for Marcos Jr. And that is certainly not an insubstantial amount to woo for a new player in the media industry – a figure that could make the eyes of any businessman gleam, especially considering where those people lie on the political spectrum and how risky the Philippine media environment is for those that are critical of the government. – Rappler.com