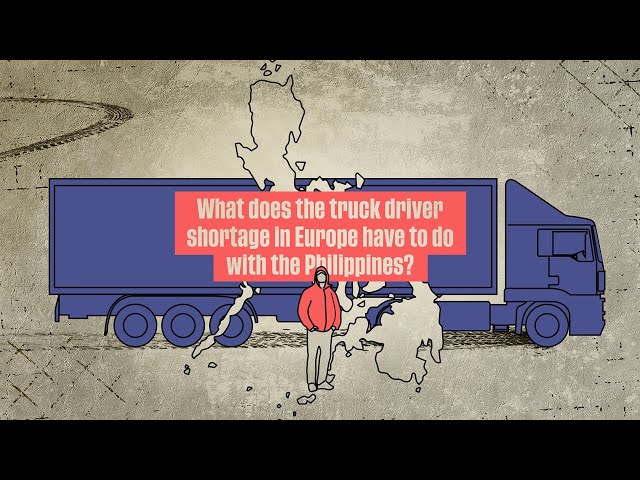 An estimated shortage of 400,000 truck drivers is compounding supply chain issues in Europe. Truck drivers transport about 75% of all inland freight across the borders of the European Union. Unscrupulous employers are taking advantage of a transport sector bleeding from this shortage by recruiting truck drivers from as far as the Philippines. (READ: Rough roads: The exploitation of Filipino truck drivers in Europe)

Filipino migrant truck drivers work under exploitative conditions. They live in their trucks for months at a time, drive excessively long hours, and are paid low wages. European authorities have dismissed various complaints of exploitation, saying “this isn’t slavery.”

How has it come to this? Watch this video explainer. – Rappler.com

This video is produced in partnership with the Pulitzer Center.