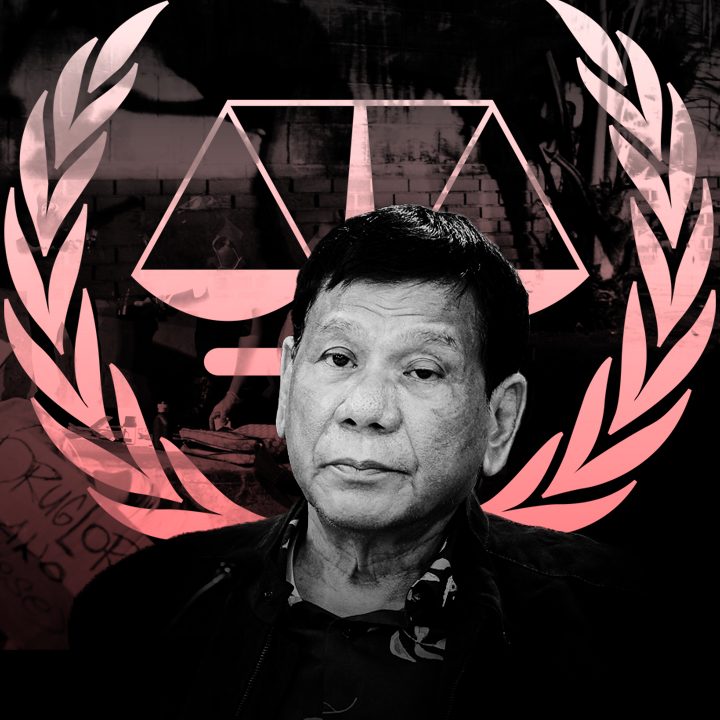 Facebook Twitter Copy URL
Copied
What can we expect from the ICC probe of Duterte's bloody drug war?

At the International Criminal Court (ICC), the case of the Philippines inched forward when the Pre-Trial Chamber, on September 15, said yes to the opening of a full investigation into President Duterte’s drug war.

This was the announcement many had been waiting for – after the Office of the Prosecutor asked the Chamber to approve its request for a probe in June.

Before the Chamber made its decision, it also assessed 204 “representations” of the victims submitted to the ICC Victims Participation and Reparations Section (VPRS). This Section, in its 28-page report, said that it met with individuals and organizations that have extensive knowledge of the Philippine case and collected their views. (You can read the report here.)

The “representations,” the VPRS said, “overwhelmingly supported” the Prosecutor’s request for investigation.

Following the ICC is like watching a slow dance punctuated with long pauses. It was in February 2018 when then-Prosecutor Fatou Bensouda started a “preliminary examination” on the Philippines. This meant doing in-depth research based on open sources and submissions of the families of victims and human rights groups.

Now that the ICC has reached this stage, what should we expect? A long period of evidence-gathering where the bar is much higher, where the quality of evidence should be able to withstand scrutiny in a trial.

I’ve always thought that testimonies of witnesses were the gold standard. But international criminal lawyer Peter Robinson, who was defense counsel at the ICC, told me that these should be corroborated by documents, photographs, audio and video recordings. All these should show participation by state officials, no matter the rank, from low-level policemen to the chief of police to as high as the president.

Here’s where the human rights lawyers and advocacy groups in the Philippines will play a big role. Since investigators from the ICC will not be allowed to enter the country by the Duterte government, they will rely on individuals and organizations here to help unearth evidence and find whistleblowers.

At any time during the investigation, it can happen that the Prosecutor will request the Pre-Trial Chamber to issue warrants of arrest should there be “reasonable grounds” to believe that such persons have committed crimes.

Alternatively, the Prosecutor may request the Pre-Trial Chamber to issue summonses, if necessary, to ensure the appearance of certain persons.

But that’s way down the road.

What’s vital is that the investigation will cover Davao, where it all began. As the Chamber wrote in its 41-page decision:

“…there exists information sufficiently linking the killings in the Davao area in 2011-2016 to the relevant facts of the so-called ‘war on drugs’ campaign…there is indication of the systematic involvement of security forces in the killing, including the so-called ‘Davao death squad.’

“What is important for the present decision is that, whichever the case may be, that it appears, on the basis of the supporting material, that the killings in the Davao area between 1 November 2011 and 30 June 2016 show a certain pattern and may constitute crimes against humanity within the jurisdiction of the Court.”

The Prosecutor has been able to gather information on the Davao killings from various sources. For instance, Father Amado “Picx” Picardal, who lived in Davao for 20 years, was among those who had been documenting the killings there.

He wrote in April 2016 that 1,424 were killed from 1988 to 2015, based on detailed reports which included ages (132 were children), sex (majority were male), and areas where they met their deaths (urban poor communities). Picardal’s documentation, from 2011 to 2015, covers part of the time frame the ICC will look into.

Remember the testimonies of former Davao Death Squad (DDS) members Arthur Lascañas and Edgar Matobato before the Senate? These provide useful information on the operations of the group and the involvement of then-Mayor Duterte.

Matobato, for his part, claimed he was a “contractual employee” of Davao City Hall from 1988 to 2013. His last two years with the DDS are also covered by the ICC investigation.

For background and context, in 2009 Human Rights Watch (HRW) came up with a 103-page report that documented what it called “death squad killings” not only in Davao but other parts of Mindanao that took place in 2007 and 2008. Entitled “You Can Die Anytime,” HRW urged then-President Gloria Macapagal-Arroyo to publicly denounce extra-judicial killings and the Philippine National Police to conduct thorough investigations.

Similarly, in 2009, the Commission on Human Rights (CHR), then led by Leila de Lima, called a public hearing on the Davao killings which then Mayor Duterte attended. He denied any participation of the local government, but said that “there are killings here, unexplained, unresolved, no proof, until now results or evidence reveal that they were killed by whom or for what.”

In 2012, the CHR recommended to the Ombudsman to investigate the DDS, saying it found “possible administrative and criminal liability” of Duterte in the numerous killings on his watch as mayor.

Nothing came out of this, though. Instead, Duterte unsheathed his vengeance on De Lima.

But there is no silencing the voice of justice.