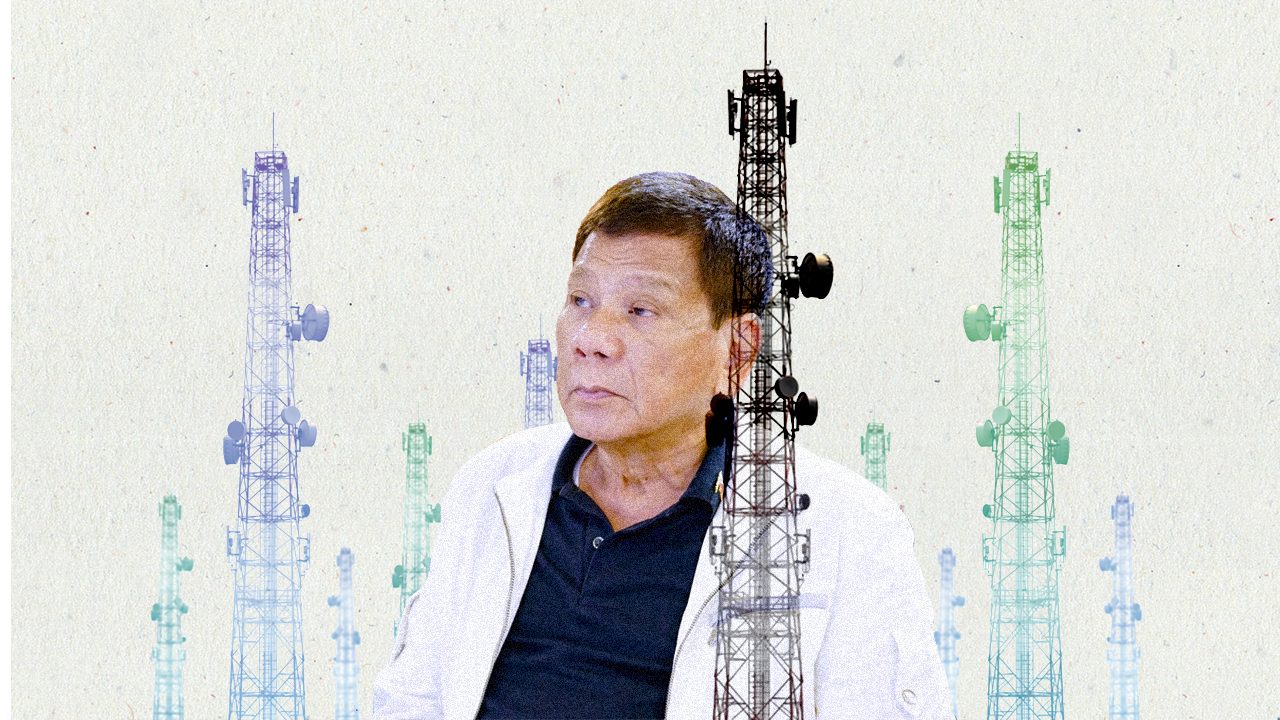 When Rodrigo Duterte was president, he pushed hard for the entry of a third telecommunications (telco) firm to break the stranglehold of the two giants. He repeatedly harangued Globe and Smart, even threatened to seize their assets, using the usual coarse language. That was his way of softening the ground for a third player.

Not only that. From the start, he set his mind on letting China bag the deal, announcing this early on, months into his presidency.

He kept his word. When Chinese Premier Li Keqiang visited the country in November 2017, Duterte made the formal offer to China to operate the third telco.

I have been thinking about what had happened then as a colleague and I are doing research for a book project on China and the Philippines during the Duterte years.

Looking back, the recent past stirs disbelief in me, that Duterte treated the country as if it were his alone, his fiefdom that he could “offer” to another country. He practically put China in a position of advantage, trampling upon what was supposed to be an open competition, a level playing field. Deeply enmeshed in his love affair with China, he lost sight of the world out there, telco companies from other countries that could find partners here and join the bid.

Don’t get me wrong. I welcome the third telco. I am all for competition. I am part of the throng of consumers who suffer through turtle-speed internet, cough up payments for expensive bills and are waiting for some form of relief.

What is grating is that the former president narrowed the playing field with apparently no alternative voice from his Cabinet, true to his autocratic style of leadership that had been unquestioned by his men and women.

I am finding out now from internet experts and competition advocates that the bidding process itself, presided over by the Department of Information and Communications Technology (DICT), was fair. Grace Mirandilla-Santos, a telco policy expert and part of a group of better-internet advocates who pushed for rigorous technical criteria and kept an eagle eye on the bidding process, attests to this. Their group, she said, engaged with the DICT.

The winner, as we all know, was DITO Telecommunity, a partnership between China Telecommunications Corporation (China Telecom) and Udenna Corp, owned by Duterte’s friend, Dennis Uy. They bested two other bidders: Sear Telecom, backed by Chavit Singson, and Philippine Telegraph and Telephone (PT&T) Corporation, each of which lacked a required document.

History, however, is full of what-ifs.

Looking at the big picture, though, clearly there was something dissonant. The overall environment was not an even playing field even as the bidding itself was reportedly above board. The politics conveyed the message of a favored player but the technical or mechanical aspect did not have such creases.

My take is: We cannot regard the bidding in isolation. To do this would be to have a tunnel view of events.

Beyond the third telco, what the country needs are the fourth, fifth or sixth telcos. These need not be big players in the league of Smart, Globe and DITO. These can be small companies such as cable TV operators which can service communities and underserved or frontier provinces and towns.

In the US, Mirandilla-Santos told me in a virtual interview, cable TV operators are the biggest internet service providers.

“The third telco is not the key solution,” she said. The policy environment needs to be changed, she added, to enable small companies to branch out into providing internet service. These policy reforms fall under the rubric of “open access.”

Two bills pending in the House of Representatives and Senate, if passed, can lead to such change: the Open Access in Data Transmission Act in the House, filed by Rep. Christian Yap, and the Act Promoting Open Access in Internet Services, filed by Sen. Grace Poe. These are not new bills; they were filed in the past Congress – and refiled anew.

Essentially, these bills will lower the entry barrier for companies which will provide internet access by taking out the legislative franchise requirement (unless they build an international cable landing station). Franchises usually take years to attain, three to five years, I am told. This, apart from the costs involved.

The one vital lesson that has come out of Duterte’s push for the third telco is this: Policy changes must be made to genuinely widen the competition and benefit those outside the highly urbanized areas, the usual market for the big telcos. The former president did not  understand the policy issues facing the industry, thus his narrow view of how to open the competition. He could have prioritized these bills and asked Congress to make them a reality.

Duterte was not known to consult his Cabinet members and stakeholders, leaving him blind on certain policy issues. In this case, he was lost in the fog of love for China as well as his crony.