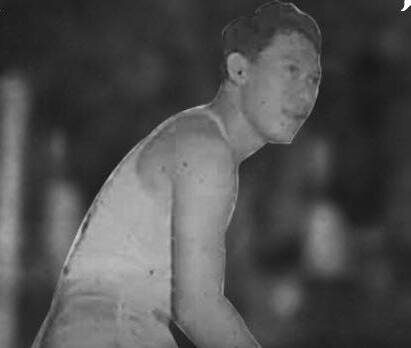 LEGEND. Before his death, Paing Hechanova was the the oldest living Filipino Olympian.

Rafael “Paing” Hechanova, who played in the glory years of Philippine basketball in the international stage, died on Thursday, August 26. He was 93.

His nephew Joey Concepcion, the Presidential Adviser on Entrepreneurship, confirmed the news to Rappler.

Hechanova, who was inducted to the National Basketball Hall of Fame in 2000, played for the Philippine team that saw action in the 1952 Helsinki Olympics.

Before his death, Hechanova was the the oldest living Filipino Olympian.

In a forthcoming book on Philippine basketball, Hechanova shared that in 1948, Silva often told him to remain after practice for extra pointers, where he instructed him to always study his opponents, protect the baseline, and stop a player from passing through.

But the best lessons Silva gave to Hechanova were in anticipating the path of the ball and developing peripheral vision to see where opponents are going.

“I was most known for playing basketball for UST but I was also in UST’s volleyball and golf teams,” he said.

Hechanova, an architecture student, also recalled how tough it was juggling his academics and sports. In a book, he said night practices lasted until 11 pm.

“Take note, too, that it was difficult to balance my academics with my stint as a basketball player, especially during my senior year,” said Hechanova, who proudly shared that he passed the Architectural Board Exam on his first try.

Hechanova’s defense, which sometimes bordered on the extraordinary, plus the firepower from Ramon Manulat and Genaro Fernandez, made the UST Glowing Goldies feared not only in the UAAP and intercollegiate wars but also in the National Open.

These abilities made scribes vote Hechanova as Mr. Basketball for the 1951 Philippine Sportswriters Association.

Hechanova retired soon after that despite pleas from sports officials for him to join the 1954 World Basketball Championships in Rio de Janeiro. That team captured a historic bronze medal.

He resurfaced in basketball when the Concepcion Industries joined the Manila Industrial and Commercial Athletic Association (MICAA), the precursor of the Philippine Basketball Association (PBA).

Hechanova was also one of the original board members of the PBA, Asia’s first pro basketball league, in 1975.