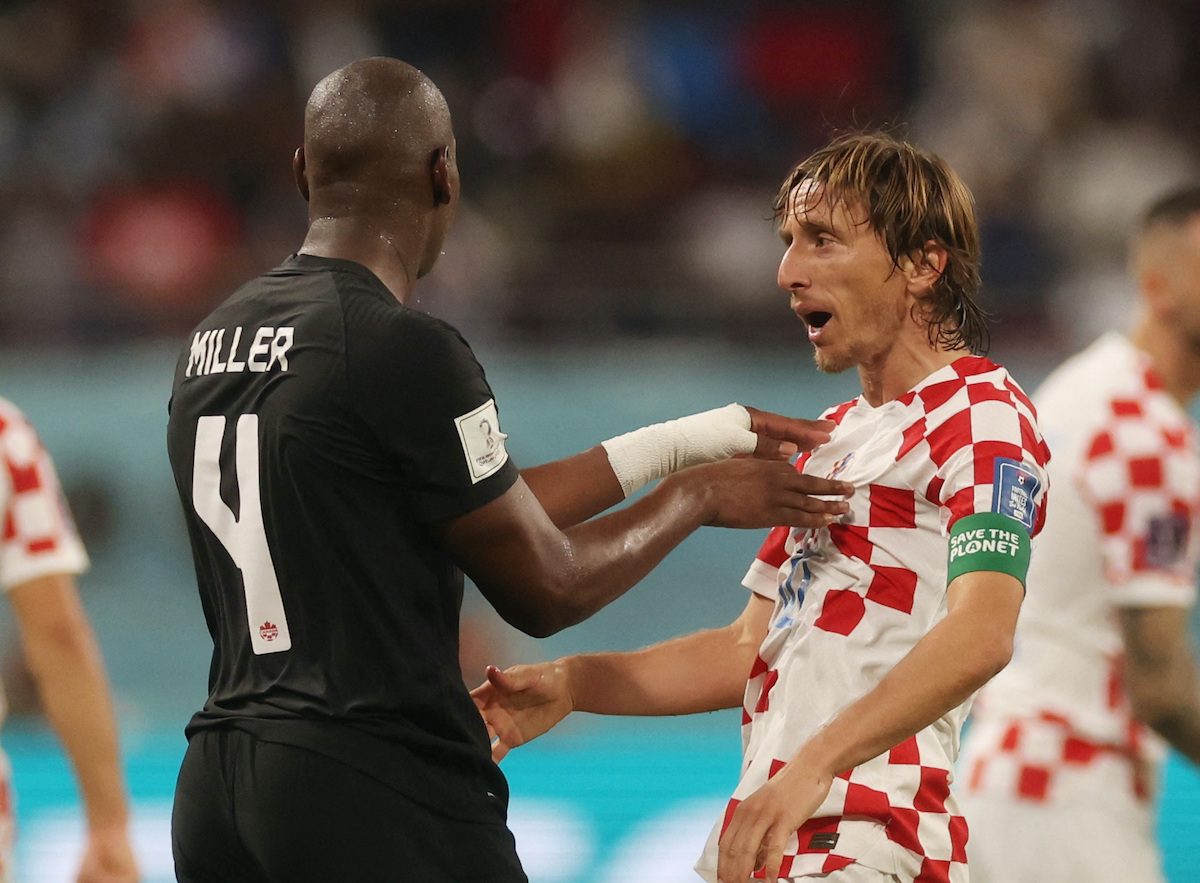 DOHA, Qatar – Croatia absorbed an early blow before revving into gear at the FIFA World Cup with two goals from Andrej Kramaric, securing a 4-1 victory over Canada on Sunday, November 27, that moved it a point away from the last 16 and dashed its opponents’ knockout-stage hopes.

The 2018 runners-up had fallen behind after 68 seconds at the Khalifa International Stadium when Alphonso Davies thumped a header into the net, but a potentially grim evening turned in their favor with two goals late in the first half.

After their dour opening draw with Morocco had instigated a post-mortem into whether this Croatia side lacked a killer instinct, Kramaric and Marko Livaja found the net before the break to take the wind out of Canada’s sails.

Kramaric doubled his tally after the break and Lovro Majer netted in stoppage time to wrap up a victory that moved Croatia to the top of Group F on 4 points. It now needs only a draw in its final game on Thursday against third-placed Belgium, which is a point behind, to guarantee a knockout spot.

“We made a small step here but we are far from our ultimate goal,” said Croatia coach Zlatko Dalic. “Croatia demonstrated power, strength, and quality, and nobody is happier than me about that.”

After two defeats, Canada’s exit at the group stage was confirmed, leaving it to face Morocco, also on four points, in its final game.

Croatia’s hackles were up going into the match after Canada coach John Herdman had said his side were going to “eff” them, a pithy comment that undoubtedly supplied the script for his counterpart Zlatko Dalic’s team talk.

Yet the early stages of the contest suggested Canada was the one which had been given the pre-match rocket.

The Canadians flew out of the blocks with the fastest goal of the tournament so far and their first in the World Cup, after drawing a blank in their only previous appearance in 1986.

A long clearance from the keeper eventually found its way to Tajon Buchanan, who shaped a superb cross from the right into the box where Davies was arriving like an express train to rise high above his marker and head powerfully down into the net.

“It was a great start and a proud moment, especially for the fans in the stadium and the people back home. We got to celebrate something that we have been waiting a long time for,” Herdman said.

The Canadians were carving through the Croatia midfield with Davies’ pace and trickery causing nightmares for the Croatians.

Yet it was a half of two halves, as Croatia – thoroughly outplayed in the early stages – eventually shifted into gear.

The Croatians had the ball in the net after 26 minutes through Kramaric only for the linesman’s flag to cut short their celebrations, but that was a temporary reprieve for Canada.

Croatia drew level in the 36th minute when Ivan Perisic, a growing influence on the left, slid the ball through to Kramaric, who shot first time into the far corner.

They took the lead eight minutes later when a lovely build-up from the back ended with Livaja firing right-footed low into the net from the edge of the area.

Herdman rang the changes at halftime in an effort to claw back the initiative and substitute Jonathan Osorio curled an effort just wide shortly after the restart.

Kramaric had an effort well saved by the keeper, while Canada went close again when Jonathan David’s shot was superbly tipped over by Dominik Livakovic.

Yet Canada’s hopes of getting back into the contest were dashed when a curling cross from Perisic on the left was controlled by Kramaric, who shifted the ball on to his left foot and dispatched it low into the bottom corner in the 70th minute.