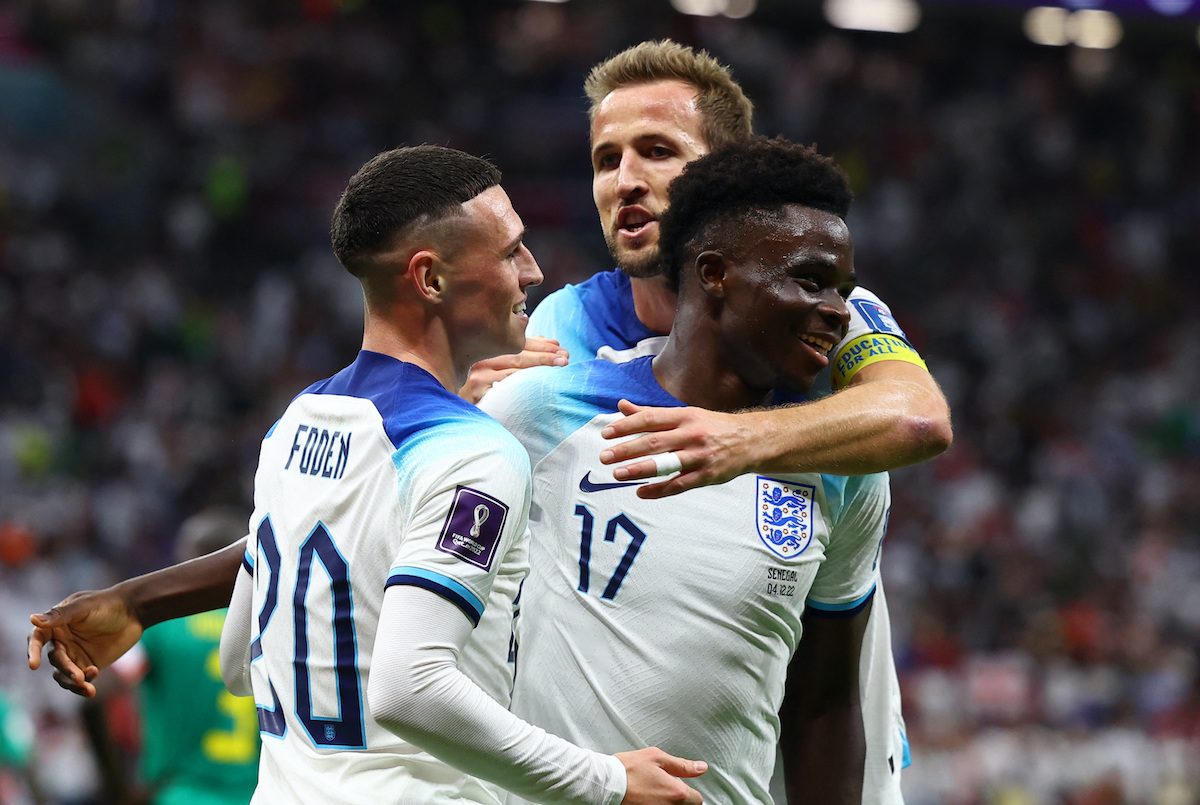 Clinical England overcame a pedestrian start to surge to a comfortable 3-0 victory over Senegal on Sunday, December 4, as high-quality goals by Jordan Henderson, Harry Kane, and Bukayo Saka swept it into a mouth-watering FIFA World Cup quarterfinal clash with France.

England took a long time to impose itself on the African champions, a team it had never faced before, and survived a couple of scares before two goals late in the first half changed the feel of the night and it was no contest after the break.

The impressive victory extended its all-time unbeaten run against African teams to 21 games, including eight in World Cups. Morocco, which faces Spain on Tuesday, is now the only African team left in the tournament.

“The ruthlessness of the performance was excellent,” said manager Gareth Southgate. “Every match you play is a different sort of challenge and different tactical problem to resolve. We’ve stepped up and are answering those questions.”

“The quality of the moves was outstanding and the finishing was ruthless.”

It was always going to be a stiff challenge for Senegal in the absence of the suspended Idrissa Gueye and injured fellow midfielder Cheikhou Kouyate.

With Sadio Mane missing the tournament through injury, the Africans also lacked a cutting edge to trouble an England defense that kept a third successive World Cup clean sheet for the first time in 20 years.

Senegal was very much in the game though for much of the first half as England was slow and static and a series of misplaced passes gifted the African team chances.

The best of them fell to Boulaye Dia and only the strong left arm of keeper Jordan Pickford prevented the Africans taking the lead.

England finally injected some pace after 38 minutes, breaking down the left through Phil Foden and Jude Bellingham, who crossed for the late-arriving Henderson to stroke home the opener.

Kane’s goal drought at this tournament then came to an end in emphatic style in first-half stoppage time.

Bellingham again drove from his own box and fed Foden, who rolled the ball into the path of the captain to smash in an unstoppable shot and become England’s eighth scorer in Qatar.

It also took Kane to within one goal of Wayne Rooney’s national record of 53.

The goals knocked the stuffing out of Senegal, and with England looking full of confidence after the break, it no longer felt like a contest.

Saka, recalled by Southgate in his only change from the group stage win over Wales, cleverly lifted in the third after 57 minutes following a penetrating run and low cross by Foden.

It was England’s 12th goal of the tournament, the most by any team in Qatar and a tally that matches its all-time record set four years ago when it went all the way to the semifinals.

From then on, England was able to go through the motions and keep out of trouble as it has yet to receive a yellow card and seem to have avoided any major injuries going into the France showdown.

Its only setback seems to be the absence of forward Raheem Sterling, who was not available for selection on Sunday for what the FA said was a family issue.

England know it will be unlikely to get away with a similarly slow start next Saturday against a French team which dispatched Poland, 3-1, earlier on Sunday, but the holders will also be aware that their old rivals have the weapons to do real damage.

“We all want to play in the biggest games and no better game than playing France,” said Foden, who had a hand in all three goals. “On our best game we can create chances and score. We’re looking forward to what’s going to be a big challenge.”

Man of the match Kane was also a happy man. “We’ve shown great maturity through the tournament … 3-0 here against a really good side,” he said.

“We feel good, we’ve got good players getting forward and we’re solid at the back. A really good day for us.” – Rappler.com

In boost for Africa, Senegal aims to make COVID-19 shots in 2022