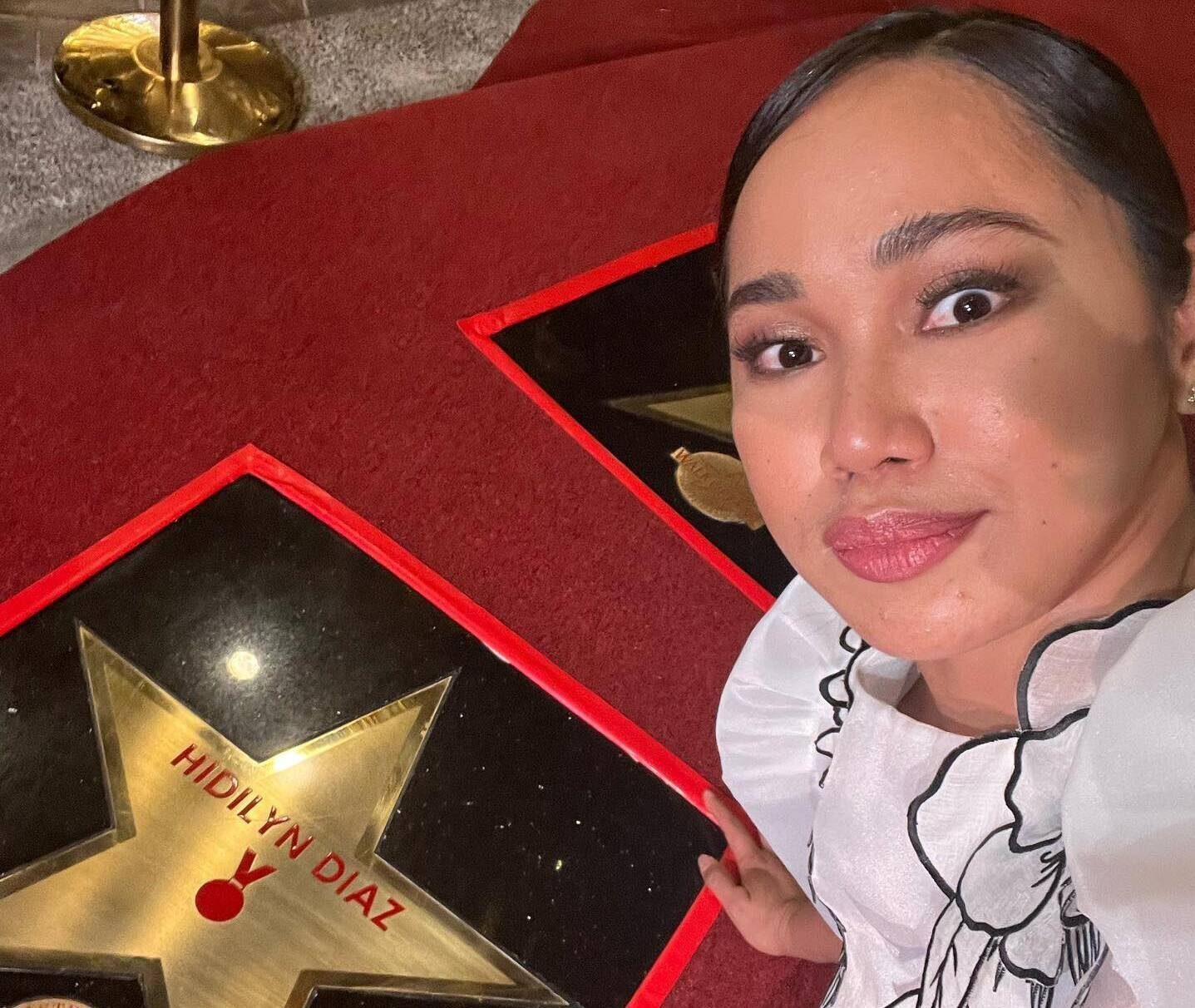 STELLAR. Hidilyn Diaz poses with her newly unveiled star at the Eastwood City Walk of Fame.

MANILA, Philippines – Filipina sports hero Hidilyn Diaz was among the select few people in sports and entertainment to get recognized at the 17th Eastwood City Walk of Fame on Wednesday night, January 18.

Accompanied by her coach and husband Julius Naranjo, the reigning Olympic champion dazzled in a simple white and black Filipiniana dress, and was also spotted with fellow sporting legend Paeng Nepomuceno.

Other notable awardees in the event were Maja Salvador for television, Ricky Lee for film, Mario Dumaual for news and public affairs, and the late Tony Mabesa for theater.

“Thank you for this honor,” Diaz wrote in Filipino on her social media accounts.

“I didn’t expect to have my name on this [star] at the Walk of Fame here in Eastwood, where I’m joined by National Artist, Sir Ricky Lee, my acting idol Maja Salvador, and Mario Dumaual whom I always see in showbiz news,” she continued, mentioning the other awardees as well.

Other pictures showed Diaz mingling with the awardees and – in a very relatable turn of events – showed the weightlifting superstar worn out from wearing heels and walking barefoot in a parking lot.

“Behind the success there’s a husband behind it. Behind the glamorous dress, shoes, and makeup, athletes also get tired,” she wrote.

“For all these awards and fame, all glory is still for God and for [the Philippines].”