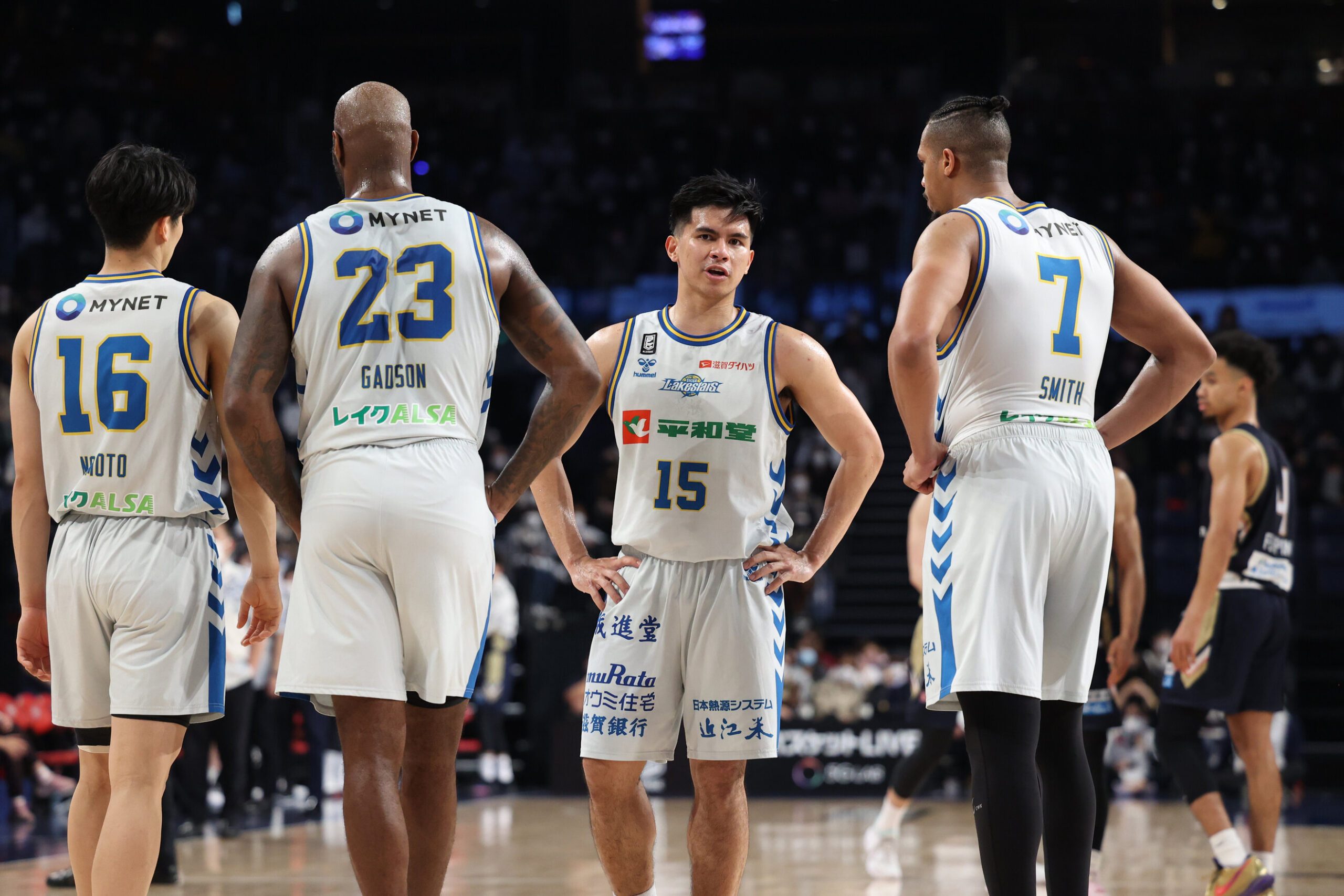 Facebook Twitter Copy URL
Copied
Kiefer Ravena’s efficient outing goes to waste as the Shiga Lakestars drop to 10-33 in the Japan B. League

MANILA, Philippines – Kiefer Ravena’s efficient outing for the Shiga Lakestars went for naught as they fell to the Hiroshima Dragonflies, 92-73, in the Japan B. League on Wednesday, April 6.

Ravena finished with 16 points on 6-of-8 shooting, to go with 4 assists and 1 rebound for Shiga, which absorbed its 16th straight loss and dropped to 10-33 in the standings.

Nick Mayo led the way for the Dragonflies with 20 points, while Ryo Terashima added 19 points and 8 assists.

Novar Gadson paced the Lakestars with 22 points and 9 rebounds, while Sean O’mara had a double-double of 13 markers and 10 boards.

Thirdy tallied 7 points, 3 rebounds, and 3 assists in the NeoPhoenix’s 92-69 loss to the Ryukyu Golden Kings, while Paras had 5 points, 1 rebound, and 1 assist in the Albirex BB’s 86-76 defeat at the hands of the Yokohama B-Corsairs.

San-En, which dropped its sixth straight outing, slipped to 8-37 in the standings, while Niigata, which fell to its ninth consecutive loss, remained at the bottom of the pack with a 5-39 slate.

Onto a winning note this time, Ray Parks and the Nagoya Diamond Dolphins eked out an 89-87 win against the Osaka Evessa off a game-winning layup by Takumi Saito.

With the score knotted at 87-all, Saito converted on a wide-open right hand finish to give the Dolphins the victory with just 5 ticks left in the game.

Saito recorded 18 points and 7 assists, while Parks came up with just 4 points, 1 rebound, and 1 steal for Nagoya, which improved its record to 26-12.

Finally, just like Parks and the Dolphins, Matt Aquino and the Shinshu Brave Warriors completed a 71-69 escape act against the Kyoto Hannaryz, thanks to the game-winning free throws of Yuta Okada.

Okada sank two crucial charities with just 9 seconds remaining to put Shinshu up by 2 as Kyoto’s David Simon missed on a buzzer-beating hook shot in the following possession.

Okada scored 11 points in the victory, while the Filipino-Japanese big man Aquino grabbed only 1 rebound in 5 minutes of action for Shinshu, which moved up to 22-24. – Rappler.com