Kobe Paras’ 25 not enough as Niigata falls to Kyoto 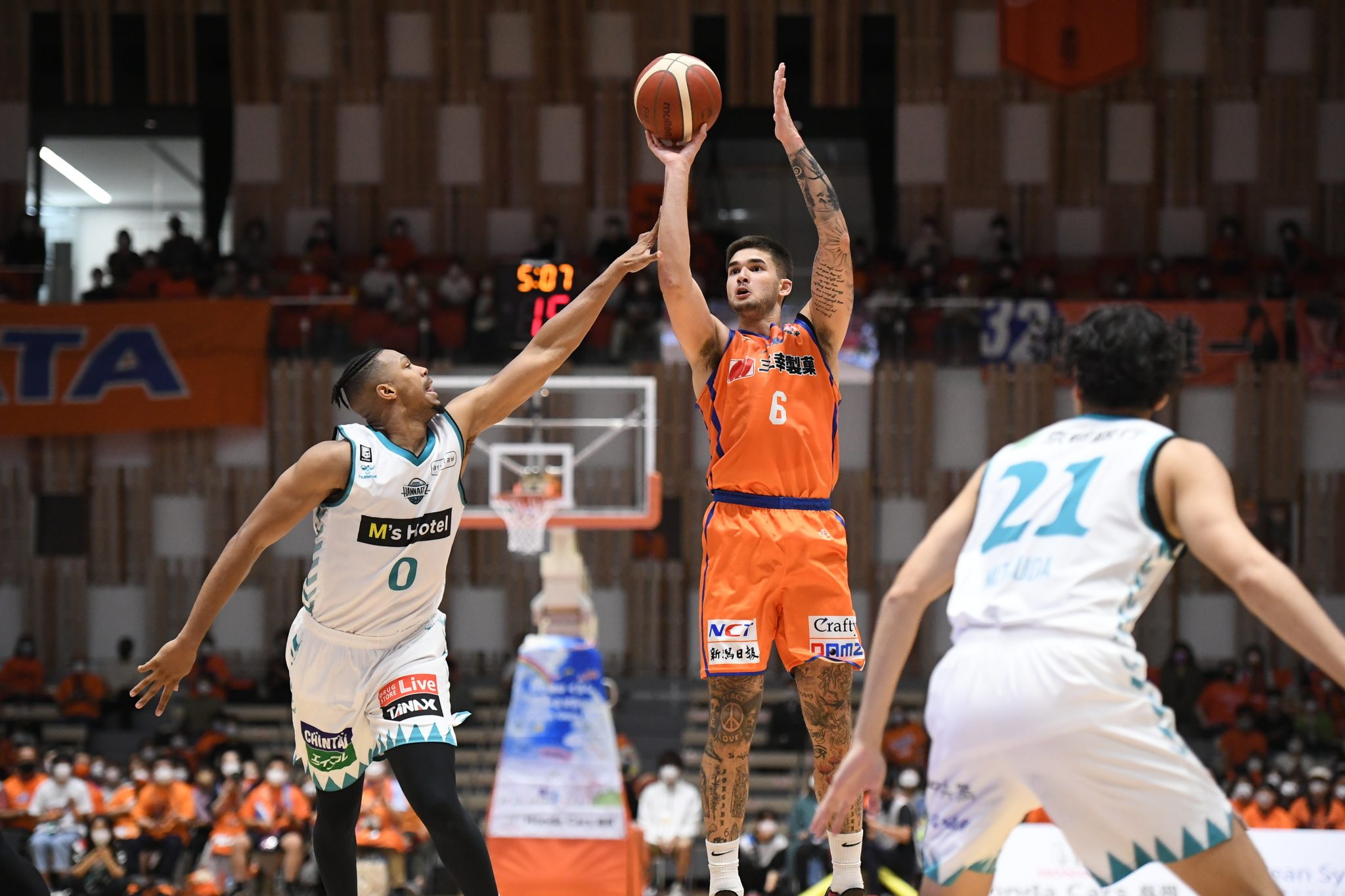 Facebook Twitter Copy URL
Copied
Kobe Paras drops a team-high 25 points in his professional basketball debut for the Niigata Albirex BB in the Japan B. League

Kobe Paras and the Niigata Albirex BB started their Japan B. League campaign on the wrong foot as they fell to the Kyoto Hannaryz, 85-81, on Saturday, October 2 at the City Hall Plaza Aore Nagaoka.

The high-flying Filipino basketball star Paras finished with a team-high 25 points on 8-of-15 shooting, including a very efficient 4-of-6 clip from downtown, along with 4 assists and 2 steals in the losing effort.

Playing in his first ever professional basketball game, Paras came out firing from the get-go and quickly dropped 8 straight points for Niigata in the first 2 minutes and 30 seconds of action.

However, Kyoto managed to lead by double-digits, 31-19, at the end of the opening quarter.

In the second frame, the former Gilas Pilipinas stalwart Paras continued to wax hot from the field, putting up 9 more points to help Niigita take a 9-point lead at the half, 50-41.

Niigata still kept within striking distance in the final seconds of the ball game, and with Kyoto leading by only 3 points, 84-81, with 15 seconds remaining, Paras, who was scoreless in the quarter, came up with a huge steal that led to a potential game-tying three-pointer by Yuto Nohmi.

Unfortunately, Nohmi failed to hit the long bomb for Niigata and Justin Harper then sealed the ball game with a free throw for Kyoto.

David Simon led the way for Kyoto with 28 points, 7 rebounds, and 5 assists, while Harper and Kazuki Hosokawa chipped in 21 and 18 points, respectively, in the victory.

Rosco Allen backstopped Paras with a double-double of 19 markers and 14 boards for Niigata in the loss.

Paras and the rest of the Albirex BB will look to bounce back against the same opponents in the second game of their back-to-back schedule on Sunday, October 3.