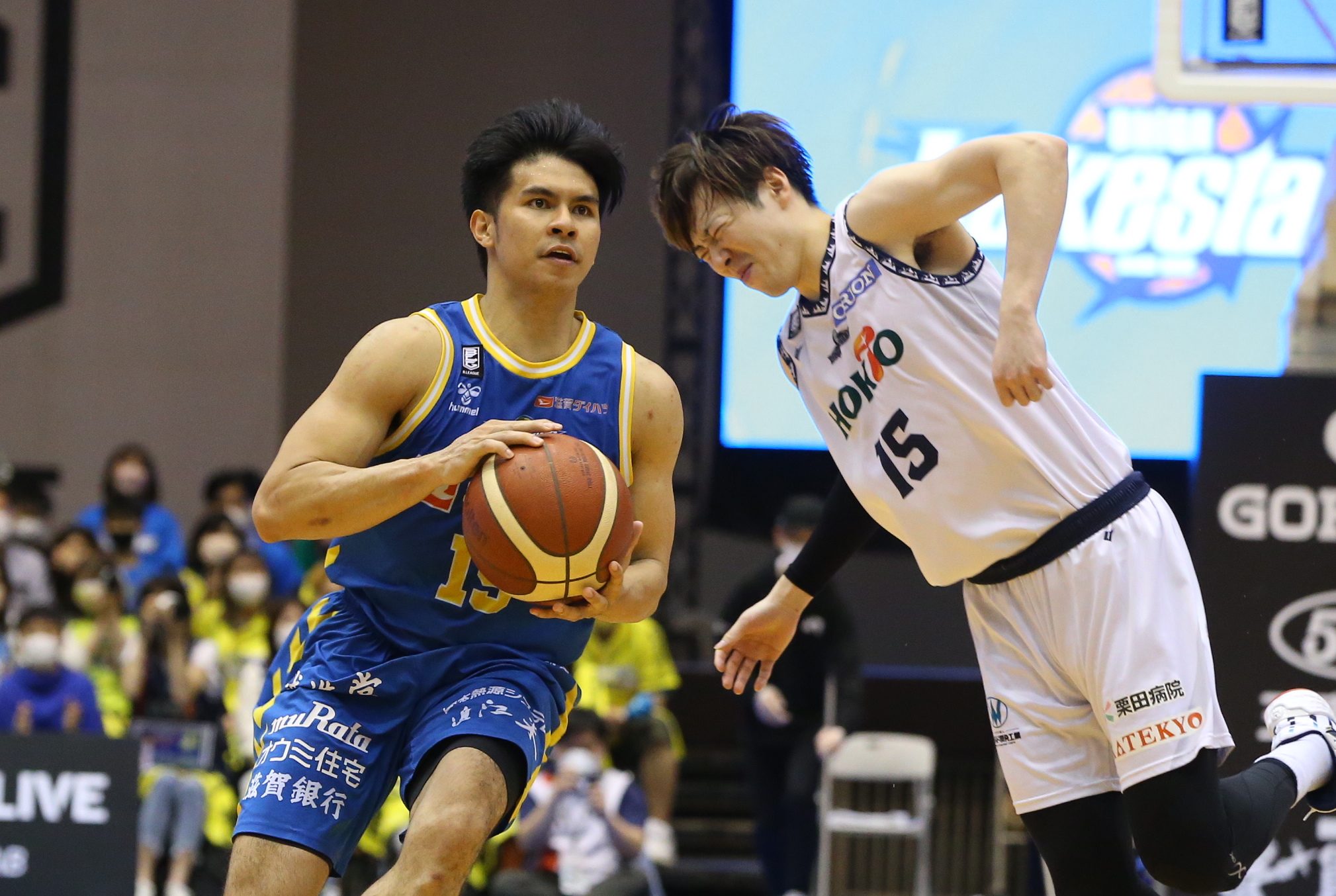 SEASON OVER. Kiefer Ravena ends his first season in the Japan B. League in style.

MANILA, Philippines – The Filipino imports wrapped up their Japan B. League stint, with some capping it on a strong note in the last three games of the regular season last week.

Kiefer Ravena made sure to bring his A-game in the final week, as he had done all season long. His heroics, however, simply were not enough as he lacked support from the rest of the team yet again.

He was on fire on Wednesday against a Ray Parks-less Nagoya Diamond Dolphins and filled the stats sheet with 19 points, 3 rebounds, 8 assists, and 4 steals. Unfortunately, his numbers still fell short as the Lakestars lost to the Diamond Dolphins, 79-77.

The weekend was not kind anew to the Lakestars as they lost both games to the Shinshu Brave Warriors to end the season with a 14-42 record. Kiefer still would not be stopped as he had 19 points, 7 rebounds, and 7 assists on Saturday. He then ended his first season in Japan with a bang as he registered a double-double of 20 points and 11 boards to go with 6 assists.

Like his older brother, Thirdy Ravena had been one of the few bright spots for the San-En NeoPhoenix, who picked up three more losses. Thirdy scored in double figures in two of these three games as he dropped back-to-back 12-point productions on Wednesday and Saturday.

Thirdy is one of only three players averaging in double figures in points for San-En, which finished the season at second to the last in the entire B. League with a 10-48 record.

The Ravena brothers will not have a lot of time to rest after their Japan stint as they join Gilas Pilipinas, which aims to retain the gold in the Southeast Asian Games in Vietnam.

Ray Parks and Dwight Ramos picked up victories to cap the regular season of the B. League.

After being sidelined for three games, Parks returned to action this weekend for a Nagoya side that is getting ready for the playoffs.

The Diamond Dolphins fell to also-ran Osaka Evessa on Saturday, 87-76, in a game where Parks veered away from his usual defensive role and instead lit up the scoreboard. Parks exploded for 22 points in less than 13 minutes of play. He shot an efficient 63.6% from the field and sank 3 triples.

Nagoya got back at Osaka in a big way on Sunday, 96-68. Parks’ minutes were still managed as he was fielded in for just 15 minutes. He had 5 points and 5 rebounds.

The Diamond Dolphins will be facing the Kawasaki Brave Thunders in the playoffs, which will begin on May 14.

This season has been a disappointing one for Ramos and the Toyama Grouses, who made the playoffs last season.

The Grouses lost a tight contest to Levanga Hokkaido on Saturday, 96-93, before nipping the same team on Sunday, 91-89.

Ramos had 11 points and 6 rebounds in their loss on Saturday. He was more in his element offensively on Sunday, pumping in 15 points to help the Grouses grab a win to improve their team record to 24-35, good for 14th overall among 22 teams.

Kobe Paras had a resurgence in the second half of the season even as his team had the roughest of rides and slumped to last place in the entire league.

Paras contributed 10 points, 5 rebounds, 2 assists, and 1 block in the rare victory that the Niigata Albirex earned on Wednesday against the Osaka Evessa, 73-66. He, however, sat out the team’s last two games against Yokohama. The Albirex ended their campaign this season with a 7-45 record.

Javi Gomez de Liaño and the Ibaraki Robots went 1-2 in their last three games of the season. Gomez de Liaño had a solid game last Wednesday in their 110-98 defeat to Mikawa as he had 8 points in 12 minutes of action.

The last two games were uneventful for Gomez de Liaño who had 3 points on Saturday and went scoreless on Sunday. If it is any consolation, Gomez de Liaño and the Robots finished the season with a 16-38 slate, placing them higher in the standings than the Albirex, NeoPhoenix, and Lakestars. – Rappler.com