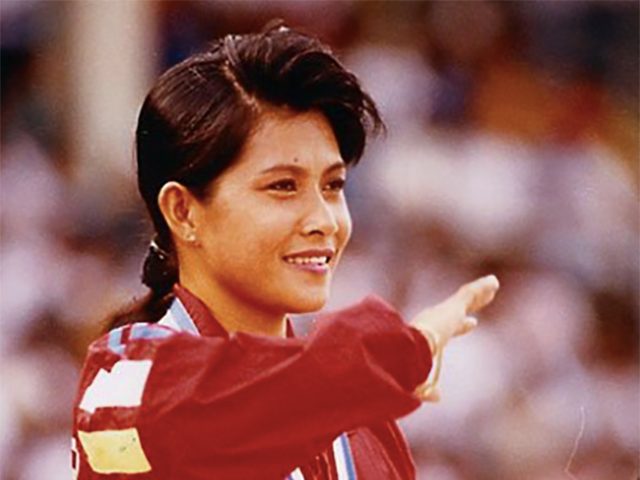 MANILA, Philippines – The family of Philippine sports legend Lydia de Vega is asking the public for prayers and donations as the retired track and field star continues her battle with stage 4 breast cancer.

Volleyball player Stephanie “Paneng” Mercado-de Koenigswarter, the daughter of Asia’s former track queen, posted on her social media accounts on Wednesday, July 20, that her mother “is in very critical condition.”

The post of the former La Salle volleyball standout has since been reposted across social media platforms by several relatives.

“She was diagnosed with [breast cancer] in 2018 and has been silently fighting the disease for the past four years,” Mercado-de Koenigswarter said of the 57-year-old De Vega, one of the country’s biggest sports stars in the ’80s.

“As the disease is progressing, her condition is quickly worsening despite undergoing many procedures including brain surgery,” she added.

The De Vega family is accepting donations through BPI account number 3209095644. Donors and well-wishers may also contact them through cellphone number 09196005224.

De Vega, the fastest woman in Asia for over a decade, is one of the most decorated athletes in Philippine history, with 15 gold medals spread across multiple international competitions like the Southeast Asian (SEA) Games, the Asian Games, and the Asian Athletics Championships.

She retired from active competition in 1994 and briefly worked with the Philippine Sports Commission.

Fondly called Diay, De Vega has been based in Singapore the past decade where she works as an athletics coach.

The living legend was also one of the country’s flag bearers during the Philippines’ hosting of the 30th SEA Games in 2019.