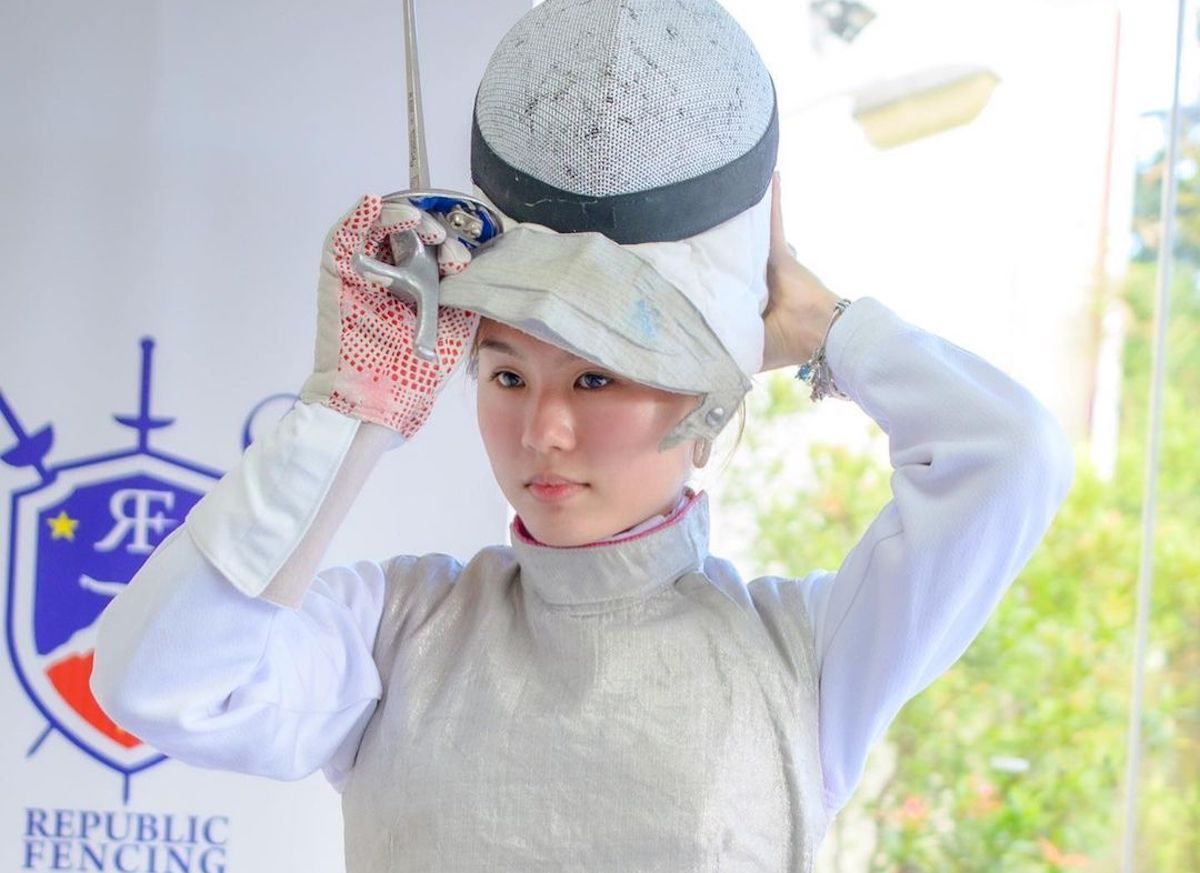 COMEBACK. Maxine Esteban will soon return to action as she recovers from a knee injury.

MANILA, Philippines – The Olympics has always been the goal for top Filipina fencer Maxine Esteban, even when she still pursued figure skating as a child.

The 22-year-old seeks to turn that dream into reality as she strives to qualify for the 2024 Paris Games – a feat that will make her the first fencer from the Philippines to compete in the Olympics in over three decades.

“Ever since I was ice skating, I always thought about the Olympics. I was just eight,” Esteban said in a chat with sports reporters.

No Filipino fencer has reached the Olympics since the 1992 edition.

Percival Alger and Walter Torres were the first and last Filipino fencers to do it when they donned the national colors in the 1988 and 1992 Summer Games, respectively.

Now, Esteban aims to not only end that decades-long drought but also become the first Filipina fencer to represent the country in the quadrennial showpiece.

“I want to be an inspiration to younger girls,” said the former UAAP MVP.

“We do not have anyone to look up to. But when they see us, they will realize that Filipinos can excel in fencing as well.”

To accomplish that mission, Esteban and her family tapped the services of revered Italian coach Andrea Magro to guide her in her Olympic pursuit.

A former national coach of Italy, Japan, and Kuwait, Magro is probably best known for mentoring his compatriot and fencing legend Valentina Vezzali, who owns six Olympic gold medals and is a 16-time world champion.

For Magro, what makes Esteban special is her zeal for knowledge.

While gearing up for her Olympic bid, Esteban is also taking an undergraduate course at the University of Pennsylvania.

“As a coach, I’m lucky to meet someone who wants to learn,” said the 61-year-old, who has taken Esteban under his wing since early 2020.

“I feel like she is a person who wants to learn something every second.”

Esteban credits Magro for helping her develop not only her skills but also her mental fortitude, especially as she recovers from a knee injury.

The national team mainstay tore her anterior cruciate ligament during a match in the World Fencing Championships in Egypt in July and underwent surgery in Australia in August.

In an attempt to fast-track her recovery, Esteban undergoes hyperbaric oxygen therapy and cryotherapy.

“The problem is not the surgery, you have to cancel the mental side. When you move, you’re a little afraid,” said Magro. “It is not easy to forget what happened.”

Magro is also the one who convinced Esteban to move to Como, Italy to train and gain more exposure in the international fencing circuit.

That decision bore fruit as Esteban notched a world ranking of No. 62 in foil.

Esteban has dropped to No. 76 due to inactivity following her injury, but she is determined to climb the ranks again as she returns to Italy to restart her stalled career.

The former Ateneo standout will mark her comeback in January in the World Cup in Paris, France, where she will go up against foes from China, Brazil, Greece, Belgium, Denmark, and Colombia.

Although her Olympic chase keeps her away from her family in the Philippines, Esteban said she is willing to go the distance.

“I already sacrificed a lot of things for me to stop,” Esteban said.

Esteban also draws inspiration from Filipino-American fencer Lee Kiefer, who is currently the top female foil fencer in the world.

Kiefer, whose mother is a Filipina, ruled the individual foil competition of the Tokyo Olympics last year.

“This is really my dream. Filipinos have good talent,” said Esteban. “Filipinos have a chance. We just lack experience internationally.”

Daunting as the task may be, Magro has faith in Esteban.