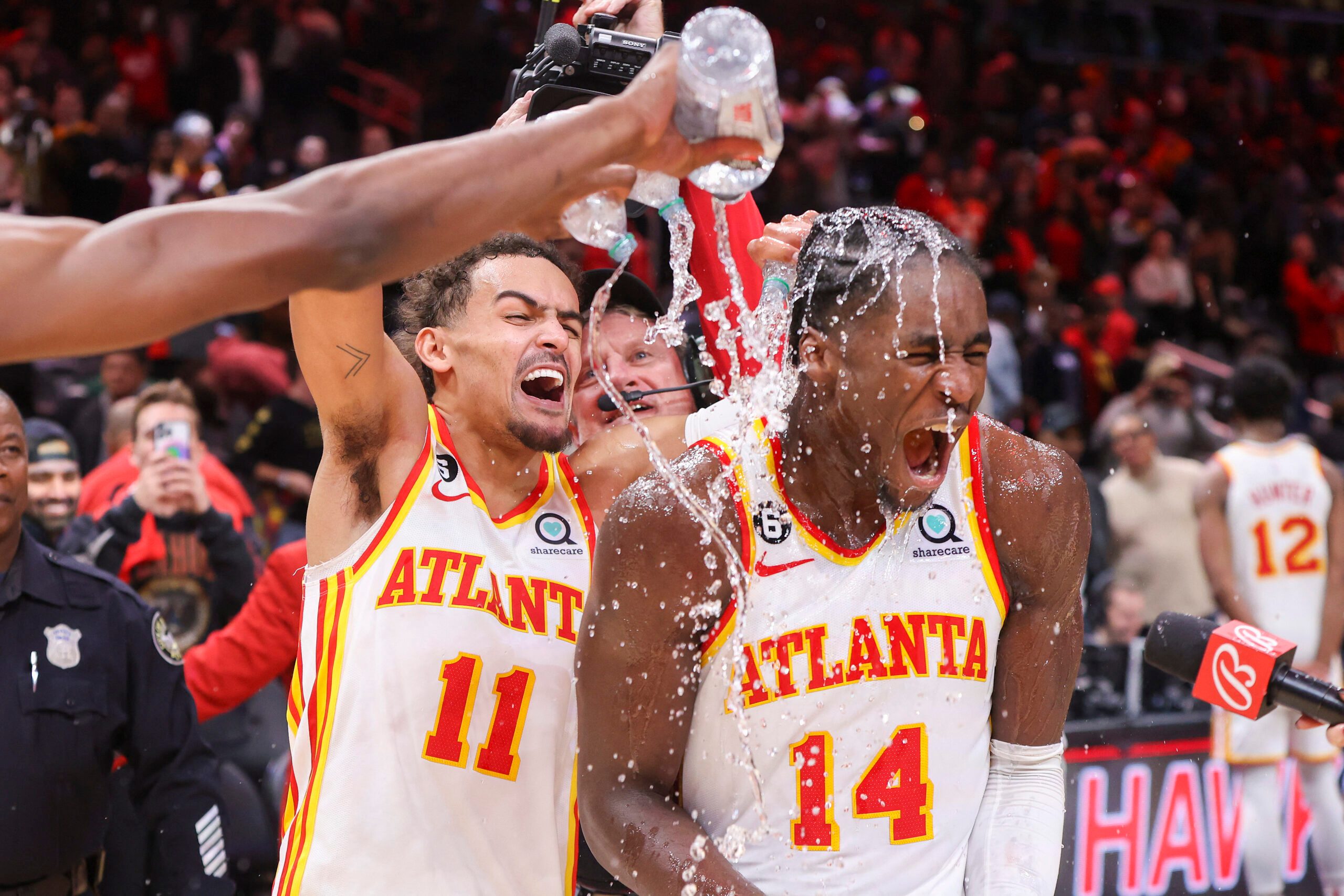 THRILLER. Trae Young dumps water on AJ Griffin as the Hawks celebrate their overtime victory against the Raptors.

Facebook Twitter Copy URL
Copied
The Hawks pull off an overtime escape over the Raptors on a game-winner by rookie AJ Griffin, whose father Adrian works as an assistant coach for Toronto

Rookie AJ Griffin caught a pass from Trae Young and made an uncontested shot at the buzzer to give the Atlanta Hawks a 124-122 overtime win against the visiting Toronto Raptors on Saturday, November 19 (Sunday, November 20, Manila time).

Toronto’s OG Anunoby made two free throws to tie the game at 122-122 with 3.8 seconds left. Atlanta, without any timeouts, advanced the ball to Young, who lobbed a high pass toward the rim. Griffin caught the ball in midair near the basket and dropped it in as the horn sounded.

Griffin scored 17 points, 8 in overtime, with 5 rebounds, one of which was a key offensive board in the extra period.

The two teams have split two games and play for the final time on January 14 in Toronto.

Toronto led by as many as 9 in the second half and had a chance to win it in regulation, but Barnes missed a shot close to the rim and failed to tip in the follow and the game was tied 111-111 at the end of regulation.

Atlanta has scored at least 100 points in each of its first 16 games for just the fourth time in franchise history, and in 37 straight, the longest active streak in the NBA.