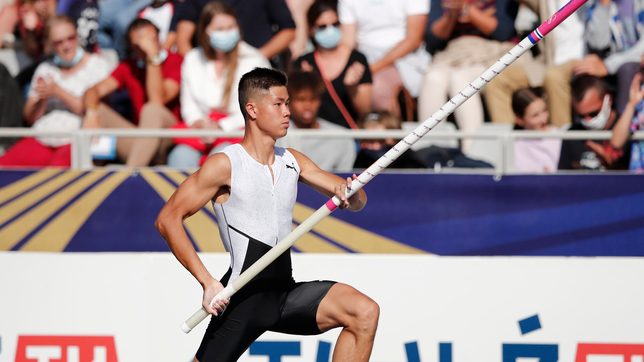 MANILA, Philippines – Philippine Athletics Track and Field Association (PATAFA) is set to expel pole vault star EJ Obiena from the national team following the results of its investigation on the Olympian over falsified liquidation documents and late payments to his coach.

This is one of the six recommendations from the PATAFA investigative committee, which also includes filing a criminal complaint of estafa over 6,000 euros (P360,000), the amount allotted for the coaching fees of Vitaly Petrov from May 2018 to August 2018.

PATAFA said the recommendations will be acted upon on Tuesday, January 4.

Obiena currently ranks No. 6 in the world and holds the Asian pole vault record. In the Tokyo Olympics, he was also the only Asian to reach the final round, where he finished 11th.

“The report brought so much sadness and feelings of betrayal. But we have to face the challenge because we should account for all the funds, government and private, given we have a responsibility over showing of all moral, ethical considerations,” said PATAFA president Philip Ella Juico in Tuesday’s press conference.

“So the board has accepted all the recommendations of the Administrative Committee that includes removing the 26-year-old young man, who knew the consequences of what he was doing as he repeatedly produced those curious documents.”

PATAFA is also set to file a complaint against Petrov before World Athletics for the violation of the Integrity of Code of Conduct and will be terminated as a national team coach. (READ: ‘I was tricked’: Obiena coach says no time for ‘witch hunt’)

PATAFA will also forward findings of misappropriation of funds by Obiena and his mother Jeanette over funds allocated for Petrov’s salary. The investigation computed 61,026.80 euros (P3.6 million) for the pole vaulter and P624,116.76 for his mother.

PATAFA chairman and Representative Rufus Rodriguez said Obiena’s and Lafferty’s sides released to the media and the public hearings were not taken into consideration as the pole vaulter failed to appear before the investigative committee three times.

Obiena also has declined to participate in the Philippine Sports Commission’s offer for mediation.