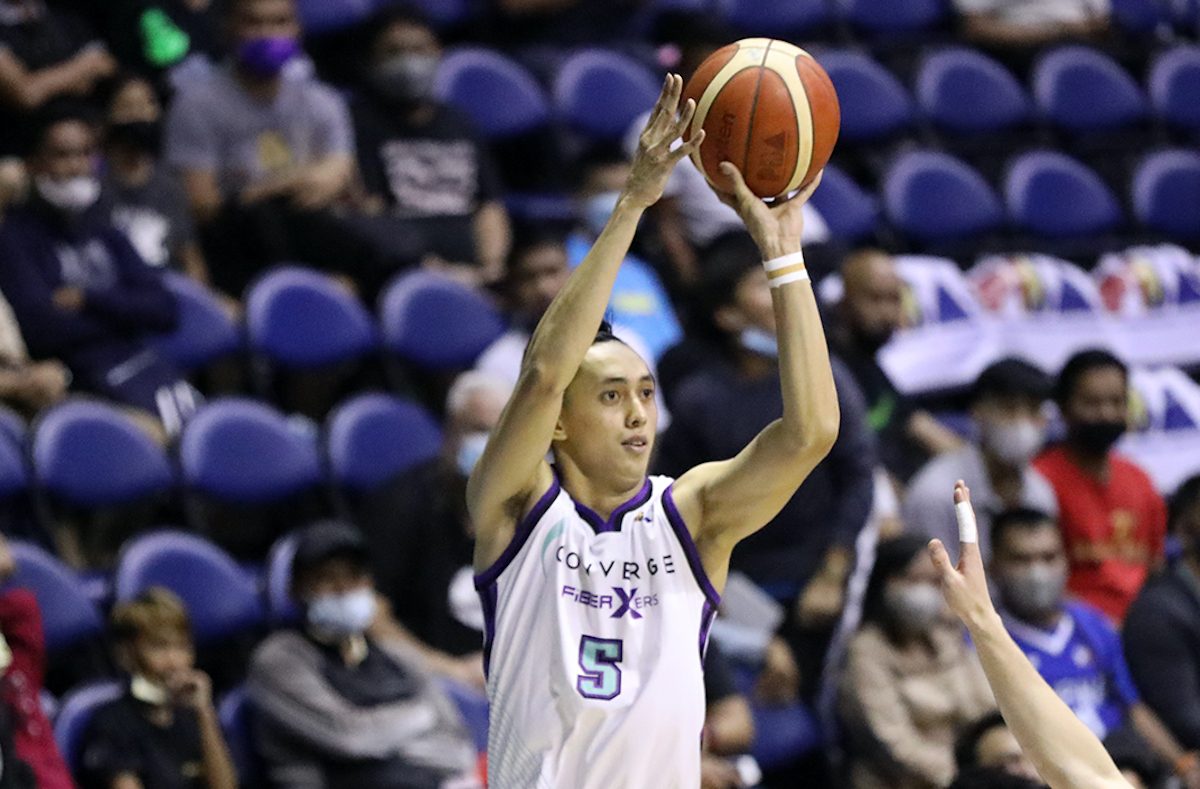 STAY. Allyn Bulanadi remains with Converge despite the trade talks.

Facebook Twitter Copy URL
Copied
Converge reportedly tried to ship Allyn Bulanadi and Tyrus Hill to NorthPort in a bid to acquire Kevin Ferrer and Jerrick Balanza, who played for Aldin Ayo in the NCAA

Converge reportedly tried to ship Bulanadi and Hill to NorthPort in a bid to acquire Kevin Ferrer and Jerrick Balanza, who played for Ayo when they led Letran to an NCAA championship in 2015.

“They’re not true,” Ayo said in Filipino when asked about the reports. “I do not know why there are news like that because Tyrus and Allyn have been affected.”

“But I told them not to get affected by things like that.”

Ayo called the trade talks a “distraction” for the two young guns, who are still starting out in their respective PBA careers.

Bulanadi is just in his third conference after being picked in the 2019 PBA Draft, while Hill is a rookie who has already experienced being traded when NLEX let him go earlier this year.

“We can avoid these kinds of distraction if we have good communication within our inner core. They should know that if it is not true, why pay attention to it?” Ayo said.

“We have to respect the opinion of our fans, our supporters. But you cannot comment on things that are not true.”

Ayo added that the FiberXers have plans for Bulanadi and Hill.

“We’re planning to develop these young players who we know have potential. These are just potentials so we really have to work on them.” – Rappler.com