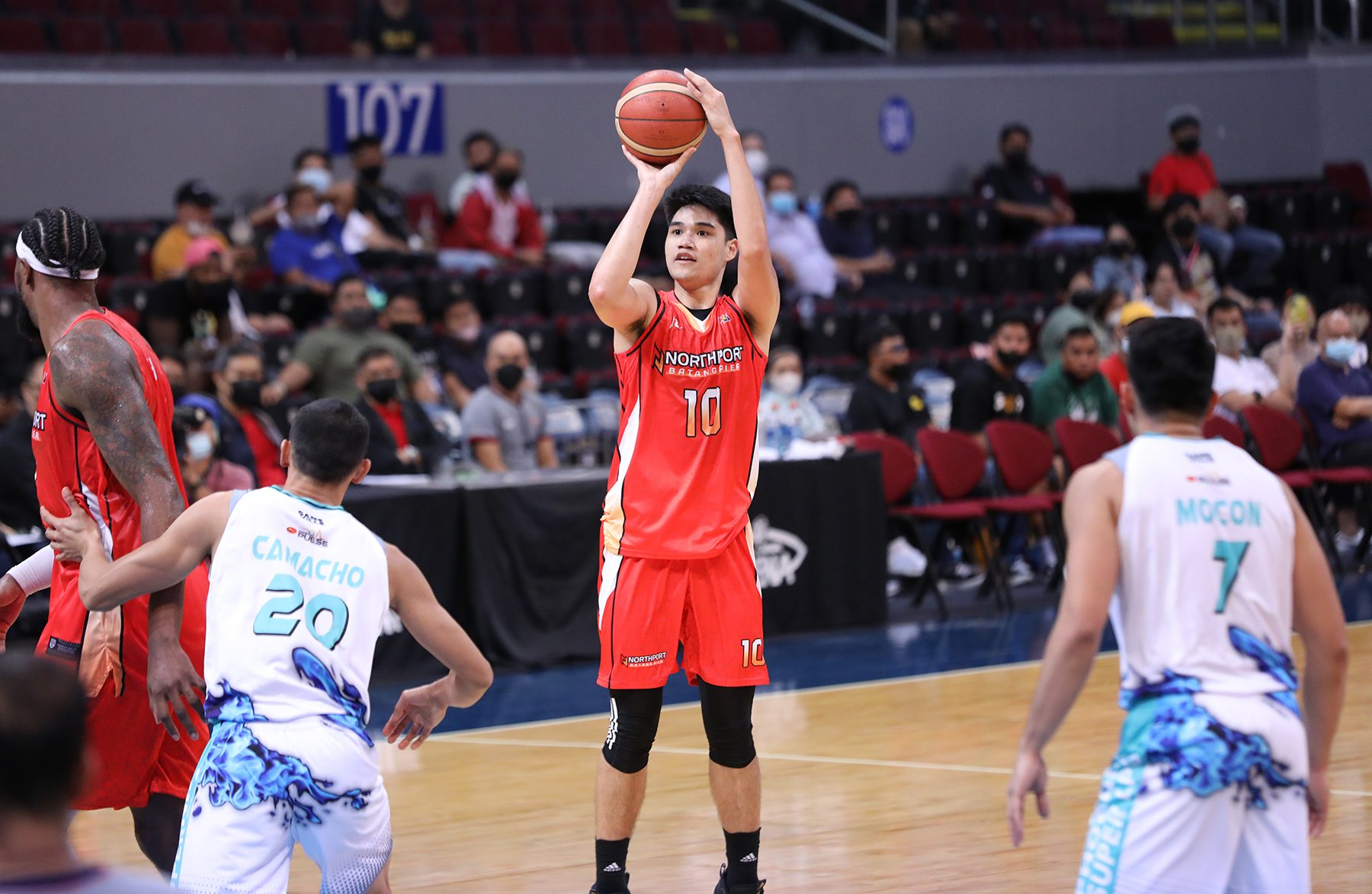 MANILA, Philippines – Like most players involved in the huge trades that preceded the 2022 PBA Commissioner’s Cup, Arvin Tolentino was forced to fast-track his adjustment to his new team NorthPort after being part of a four-player deal by Ginebra to land rising star Jamie Malonzo.

Despite having little to no time to integrate himself to the Batang Pier’s system, the former FEU stalwart still had a dream debut after stuffing the stat sheet with 16 points, 7 assists, 6 rebounds, a career-high 4 blocks, and 2 steals in a nail-biting 92-89 escape against Phoenix.

This game, Tolentino said, was just the icing on the cake of a whirlwind week as he recounted the lead up to the controversial transaction that landed him in NorthPort.

“I understand that’s part of being a pro. That’s the only thing I’m thinking, that only a few don’t get traded in their careers. And we got our first win today, so I’m happy.”

After playing a whopping 36 minutes off the bench in just his first game under head coach Pido Jarencio, Tolentino has convinced himself that he was not just some rejected piece of a championship team ever growing stronger with each transaction made.

“I’m motivated. I want to tell myself that I got traded because coach Pido and NorthPort actually want me. That’s my mentality. No time to dwell on Ginebra and get sad,” he continued.

“The moment they said I was traded, I shifted my focus that I have to learn the new system and jell with my teammates. But I know most of them anyway as opponents and other former teammates, so I just kept my focus deep since yesterday.”

Tolentino will have many more chances to keep expanding his game as NorthPort faces another uphill climb to playoff contention this conference, continuing with a huge challenge against mighty Bay Area Dragons this Saturday, September 24. – Rappler.com