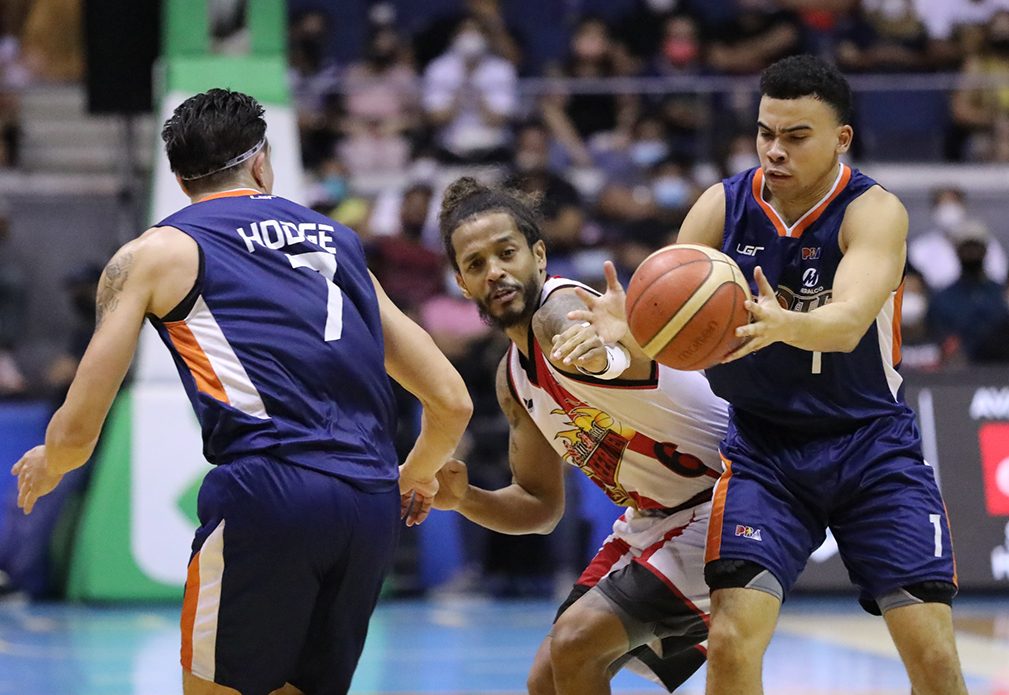 MANILA, Philippines – The San Miguel Beermen should have already punched their ticket to the PBA Philippine Cup finals.

But San Miguel wasted a 10-point lead in the dying minutes and allowed Meralco to extend their best-of-seven semifinals to a rubber match with a come-from-behind 96-92 win on Sunday, August 15.

Sitting on a 90-80 cushion with less than 4:30 minutes left, the Beermen fizzled out the rest of the way as the Bolts ended the game on a sizzling 16-2 run to stay alive.

“We just stopped playing, I think. We were up 10 and we did not get any stops, we did not score any baskets. We just relaxed. It bit us in the end,” said team veteran Chris Ross.

“That should be a win. We learn from it, we bounce back.”

When Meralco went up 93-90 with 30 ticks remaining, San Miguel earned a shot at knotting the score as CJ Perez got fouled on a three-pointer following the Bolts’ botched inbounds play.

But Perez made just 2 of his 3 free throws and Aaron Black sank 3 of his 4 foul shots inside the final five seconds to keep the Beermen at bay.

Ross, though, absolved Perez of the blame, saying “not one person loses the game.”

“I know he is going to bounce back.”

“We’re all in this together. When we win, we win as a team. When we lose, we lose as a team,” Ross said.

After its collapse, San Miguel seeks to get the job done as it faces Meralco in the do-or-die Game 7 on Wednesday, August 17, at the Araneta Coliseum. – Rappler.com