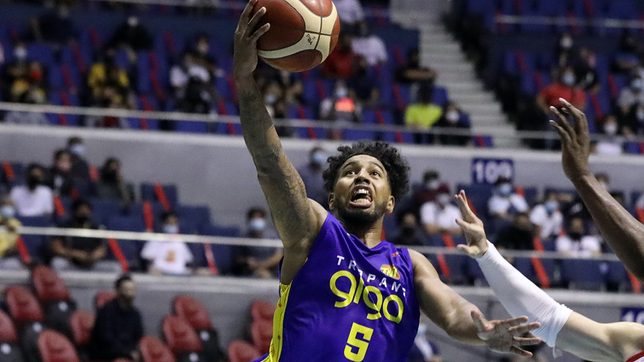 MANILA, Philippines – A last-minute import replacement proved to be beneficial for TNT as it returned to the winning column of the PBA Governors’ Cup with a 95-92 squeaker against Rain or Shine at the Araneta Coliseum on Sunday, December 26.

Taking over the spot of injured McKenzie Moore, Aaron Fuller still delivered 13 points, 10 rebounds, and 2 blocks despite not being able to practice with the Tropang Giga to help his side end the year with a 2-2 record.

The Tropang Giga enjoyed a 13-point advantage off a Roger Pogoy triple, 92-79, before Walker erupted for 10 points in a 13-1 run that cut their deficit to a whisker.

After Rey Nambatac narrowed the Elasto Painters’ gap to 89-93 with a three-pointer, Walker also dialed up from beyond the arc to make it a one-point game with 45 seconds left.

But the Elasto Painters failed to complete the comeback as Nambatac missed a layup and Walker muffed the game-winning three-pointer, with Poy Erram securing the rebound for TNT and sinking the insurance free throws.

Jayson Castro added 11 points, 2 blocks, and 2 steals in the victory.

Walker dominated with 32 points, 9 rebounds, 3 assists, and 3 steals, but his numbers were not enough as Rain or Shine crashed to its second straight loss for a 2-3 record.