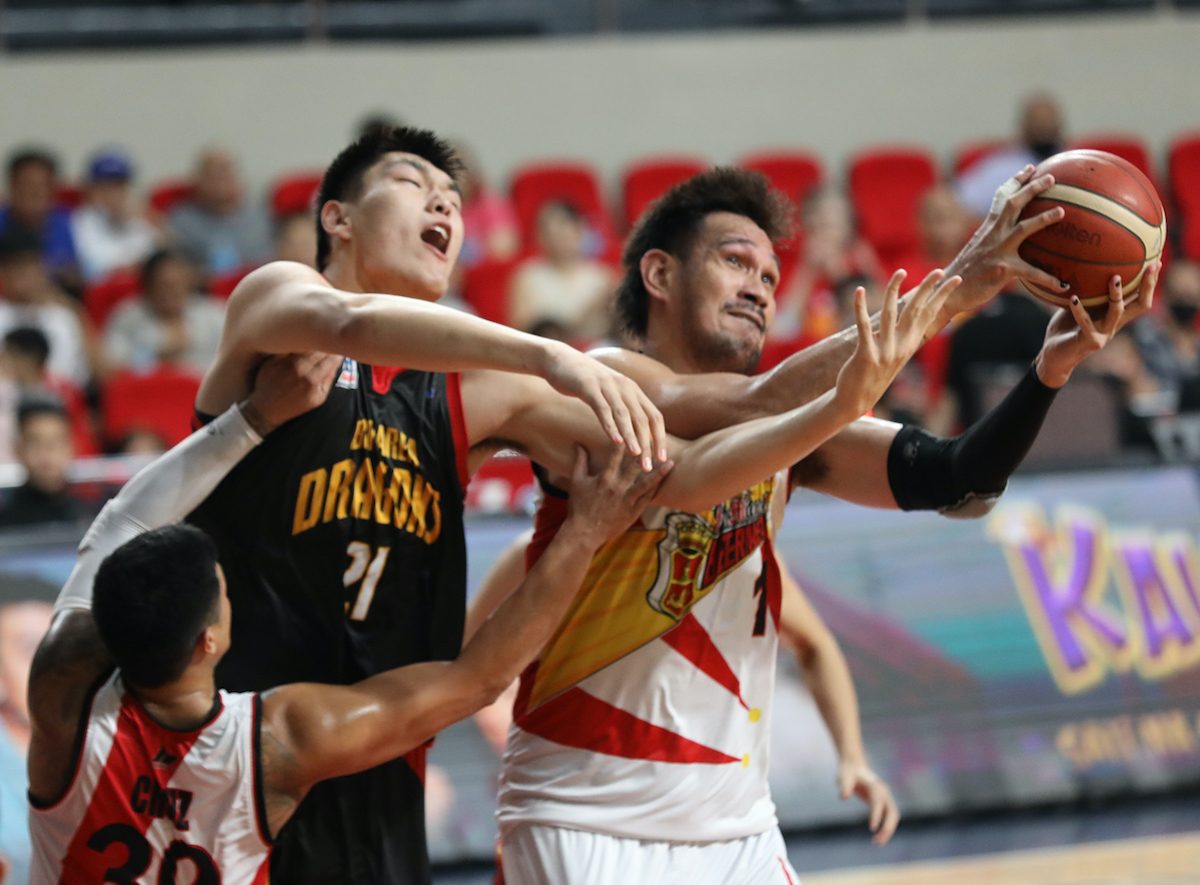 TRYING TO TIE. June Mar Fajardo and San Miguel will now try to go for the equalizer against Bay Area.

Fajardo claimed the PBA Press Corps Player of the Week honors for the period of December 14 to 18 after delivering a string of solid performances as the Beermen kept their title-retention bid running.

Its back pressed against the wall, San Miguel avoided a sweep against top seed Bay Area in their best-of-five semifinals and eked out a 98-96 win behind 21 points, 16 rebounds, 3 blocks, and 2 assists from the six-time MVP.

While plenty of heroes emerged for Beermen in Game 3, with Simon Enciso knocking down the game-winning triple and import Devon Scott coming up with the win-sealing block, Fajardo proved to be the stabilizer the entire week.

Overall, he averaged 22.3 points on 61% shooting along with 11.3 rebounds, 2.3 assists, and 1.7 blocks to earn the last Player of the Week citation of the conference.

And Fajardo did it all despite not being in tip-top condition.

“June Mar is really recuperating from a minor injury but he is still there. He is a warrior. You will see who June Mar really is,” said San Miguel head coach Leo Austria in a mix of Filipino and English.

“This is playoff time and he never left us ever since.”

Fajardo bested teammate CJ Perez and Barangay Ginebra veteran LA Tenorio for the weekly award given out by the men and women from print and online media regularly covering the PBA beat.

Still on the brink of elimination, Fajardo and Beermen will shoot for the equalizer in Game 4 on Wednesday, December 21, at the Mall of Asia Arena. – Rappler.com