Kelly Williams sits out, but TNT big men step up in Game 1 win 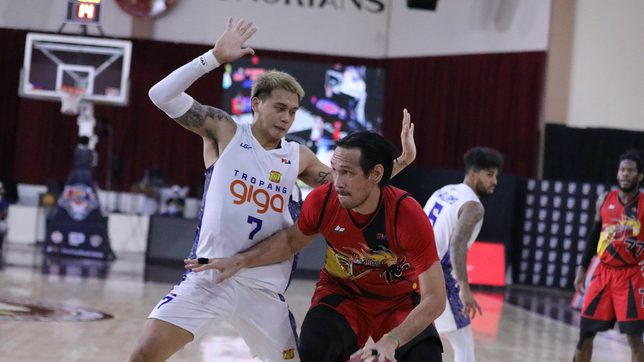 Facebook Twitter Copy URL
Copied
Veteran Kelly Williams, who started for TNT in all of its first 12 games in the PBA Philippine Cup, has been placed under health and safety protocols

Chot Reyes hailed the rest of the TNT frontline for rising to the occasion in the absence of Kelly Williams as they nosed out San Miguel for a 1-0 lead in their PBA Philippine Cup semifinals series.

Williams, who started for the Tropang Giga in all of their first 12 games this conference, sat out due to health and safety protocols.

TNT missed Williams’ production and veteran presence, but Poy Erram stepped into his shoes with ease to help lead the Tropang Giga to a pulsating 89-88 win over the Beermen on Sunday, October 3.

Starting for the first time this conference, Erram delivered 15 points, 5 rebounds, 1 steal, and 1 block to make the most out of his 22 minutes.

“The first thing we said is that there is no one person who can fill the shoes of Kelly Williams. Those are such big shoes,” said Reyes.

“But every guy does a little bit extra.”

Rosario put up 14 points and 4 rebounds, while Marcelo had 3 points, 3 blocks, and 2 rebounds before he fouled out as he played a key role in limiting San Miguel star June Mar Fajardo.

Fajardo churned out a double-double of 13 points and 11 rebounds but committed a game-high 6 turnovers.

“It was a hell of an effort. It was a superhuman effort by our bigs without our starting big man to just stay with June Mar,” Reyes said.

“No one can stop June Mar. Our best is just to stay and contain our best and see what happens.”

The Tropang Giga are expected to miss Williams for a significant amount of time, but as far as Game 1 is concerned, their frontcourt unit has proven the team is in good hands. – Rappler.com