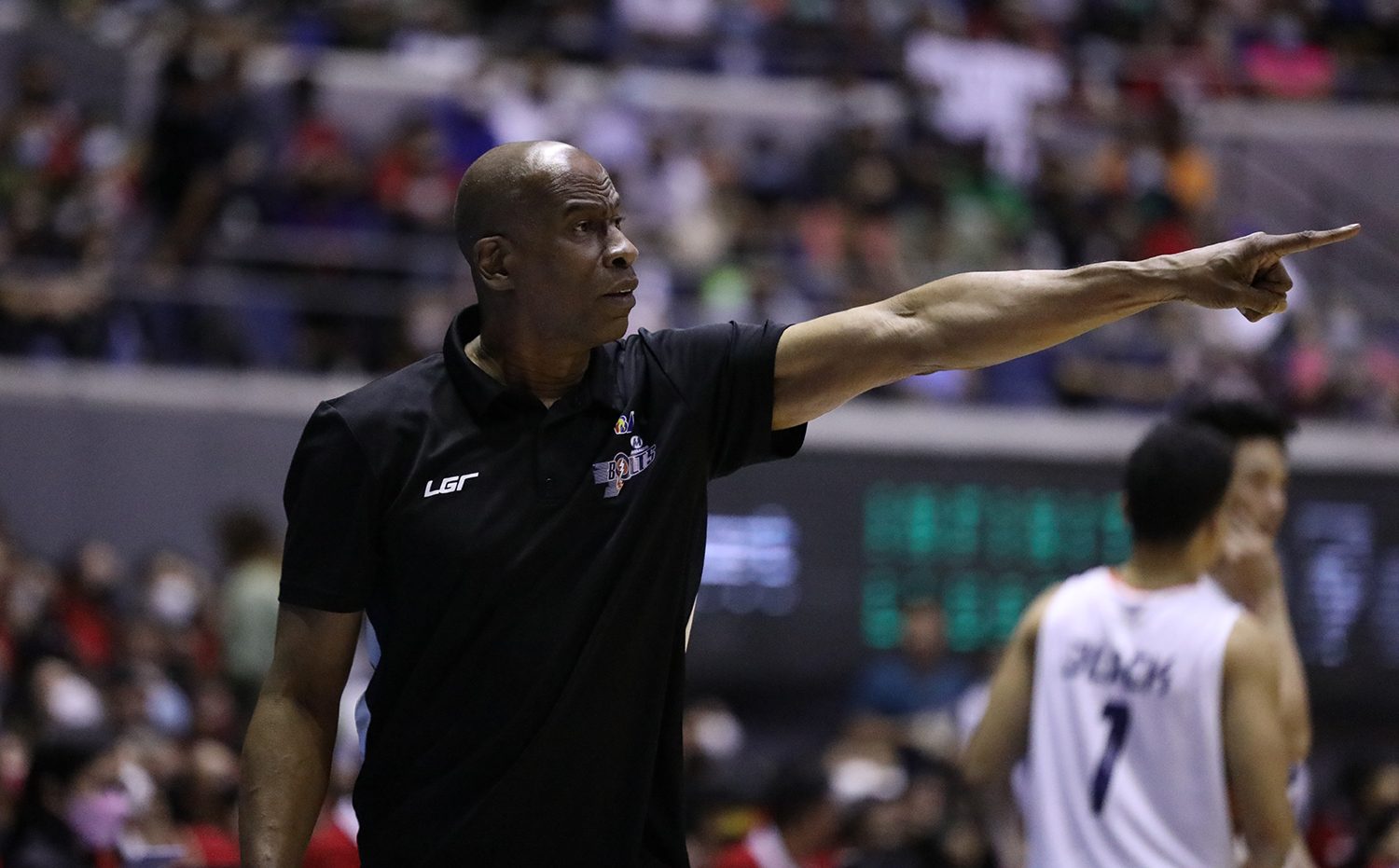 DETERMINED. Norman Black says he and his players are not giving up in their quest to deliver Meralco its first PBA title.

Facebook Twitter Copy URL
Copied
Norman Black remains unfazed even as Meralco trails 2-3 in the PBA Governors' Cup finals, with Barangay Ginebra just a win away from defending its throne

MANILA, Philippines – Meralco may have its back pressed against the wall in the PBA Governors’ Cup, but as far as Bolts coach Norman Black is concerned, the fight is far from over.

Black remains undeterred even as Meralco trails 2-3 in the best-of-seven series, with Barangay Ginebra just a victory away from defending its Governors’ Cup throne.

“It takes four wins to win the championship. They’ve only won three games. Obviously, I’m not giving up, my players are not giving up,” Black said.

“We still have a chance at tying the series.”

The two teams alternated wins in the first four games, with the Bolts taking Games 1 and 3 to seize a 2-1 lead before the Gin Kings knotted the series at 2-2 after a convincing Game 4 victory.

Although Meralco pulled within a single point late in the fourth quarter, its comeback bid fell short no thanks to some clutch buckets from Christian Standhardinger and Scottie Thompson.

“Rotation on defense is really, really important because we just seem to be one rotation late a lot of times against the offense of Ginebra. So really we have to work on that,” Black said.

History appears to be repeating itself for the Bolts.

Meralco also led 2-1 against Ginebra in the 2016 Governors’ Cup finals – the first of their four title showdowns – but went on to lose the next three games.

That is an event Black and the Bolts are trying to avoid repeating as they shoot for the equalizer in Game 6 at the Araneta Coliseum on Wednesday, April 20.

“Hey, they only have three wins. We win on Wednesday, we tie the series. That is what we’re focused on right now,” Black said. – Rappler.com